Introduced on July 5, 1937, this can of pork has been around the globe

First introduced 85 years ago today, on July 5, 1937, the first can of Hormel Foods Corporation’s Spam contained just six ingredients: pork with ham, salt, water, potato starch, sugar and sodium nitrite. Named by the brother of a Hormel Foods vice president, Ken Daigneau (who received $ 100 for his troubles), Spam has sold more than nine billion units across 48 countries and is now available in 11 different varieties. To help put the history of the little blue can, which is the inspiration for an annual Hawaiian street festival, into perspective, InsideHook secured some images from Hormel’s archives and spoke with Group Brand Manager Brian Lillis about ’em. 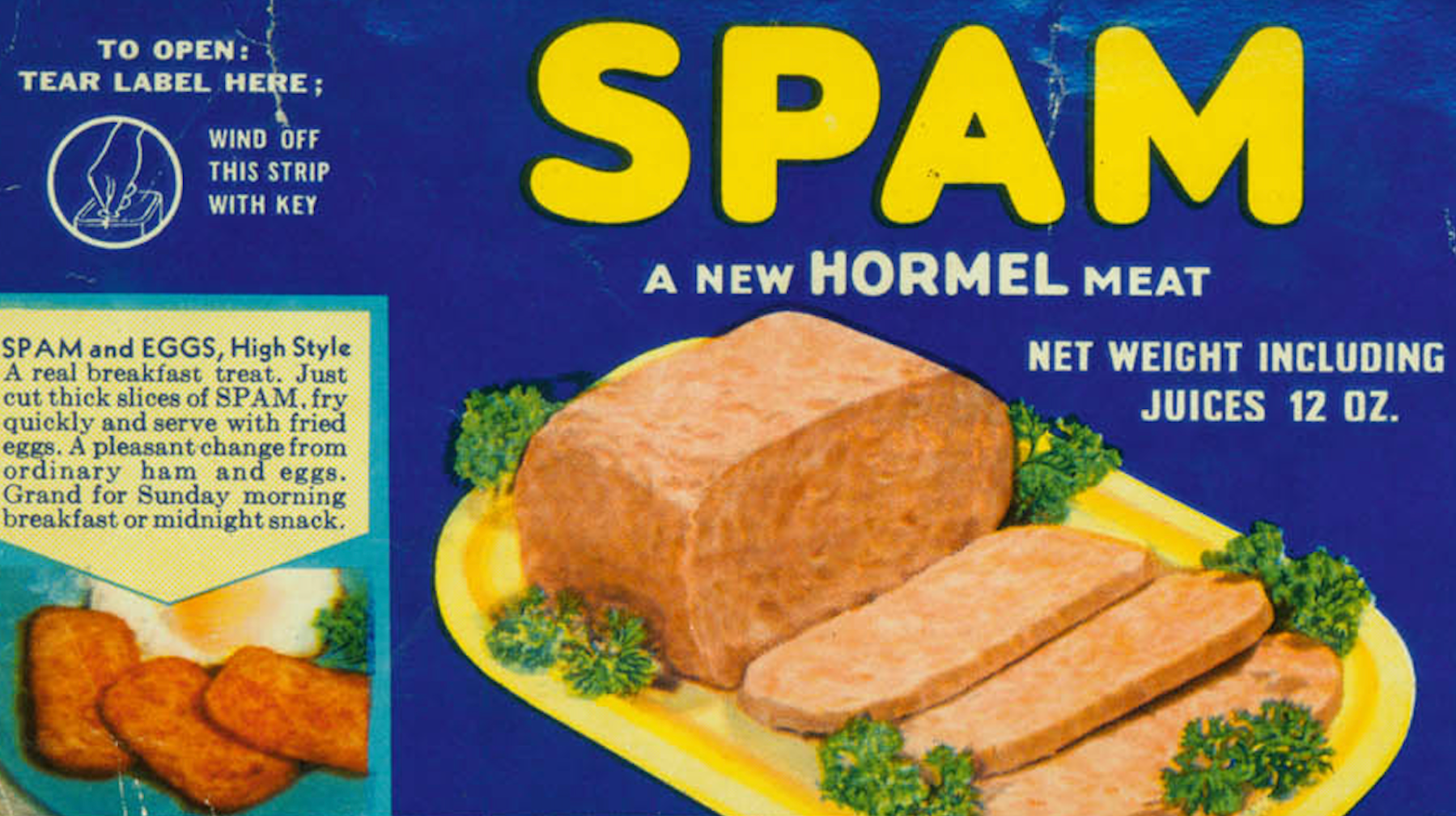 “This is the front label of the original can from 1937. Whether it’s on the front or the back of the label, the goal is to show how versatile the product is and how it can be used in a variety of ways. It’s always about, ‘What’s the right recipe that conveys how versatile the product can be?’ A lot of people put Spam in eggs. Here, you can see the idea of ​​having it crispy and sizzled. ”

“Canned chili had come around not too long before Spam. Canned items were convenient for people to have in the pantry when fresh meats weren’t necessarily available. Coming out of Depression-era times, we’re thinking about, ‘How can I have an affordable protein that people can have on hand and make it convenient?’ That’s where Spam came in. The growth was then exacerbated by World War II. ” 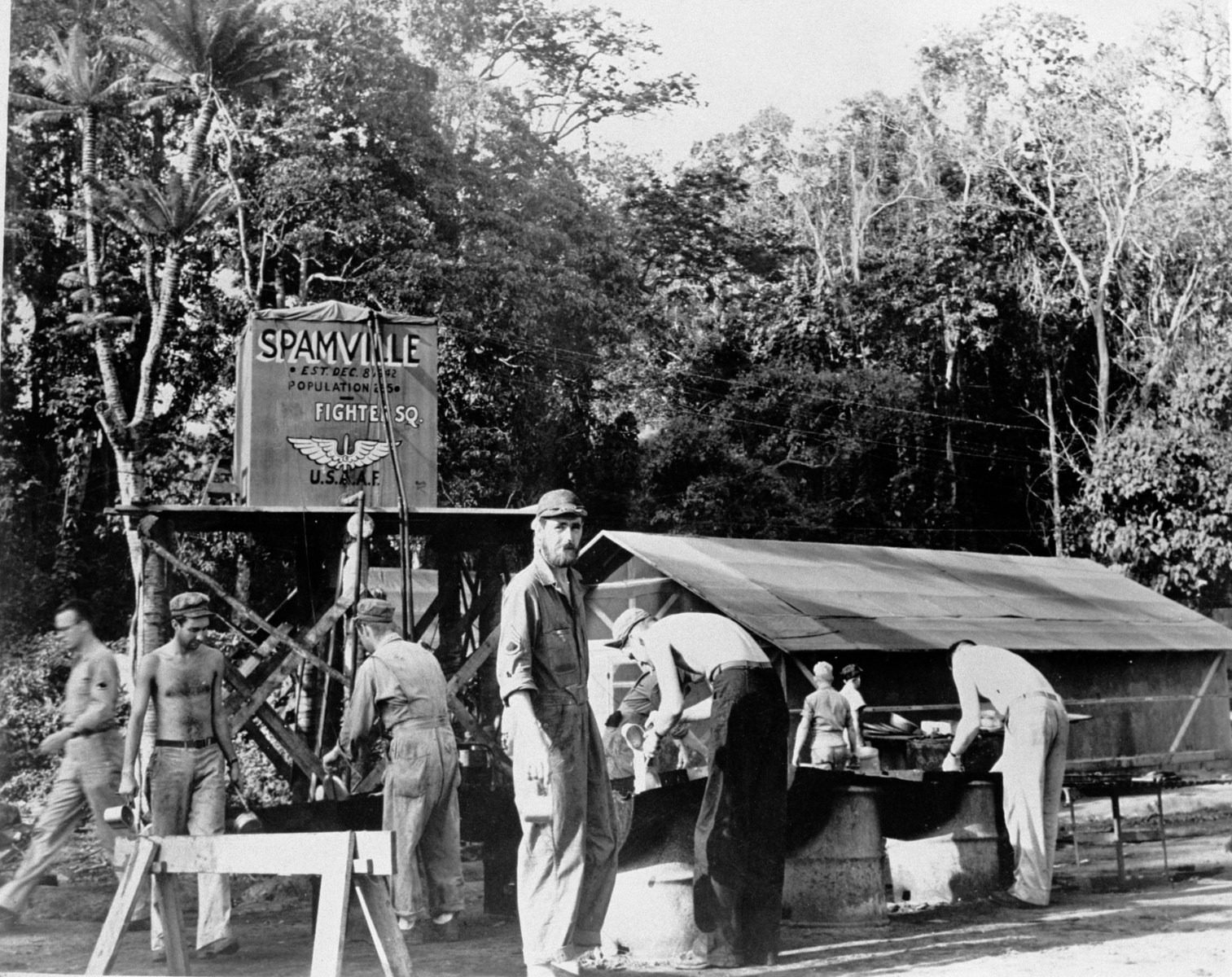 “The war ended up starting not soon after Spam was introduced. It became an integral part of the war effort for the Allied troops. These US soldiers named their camp Spamville. It highlights how much they enjoyed having Spam during a time when they were overseas. Like Coca-Cola and Hershey, SPAM became part of the culture. ” 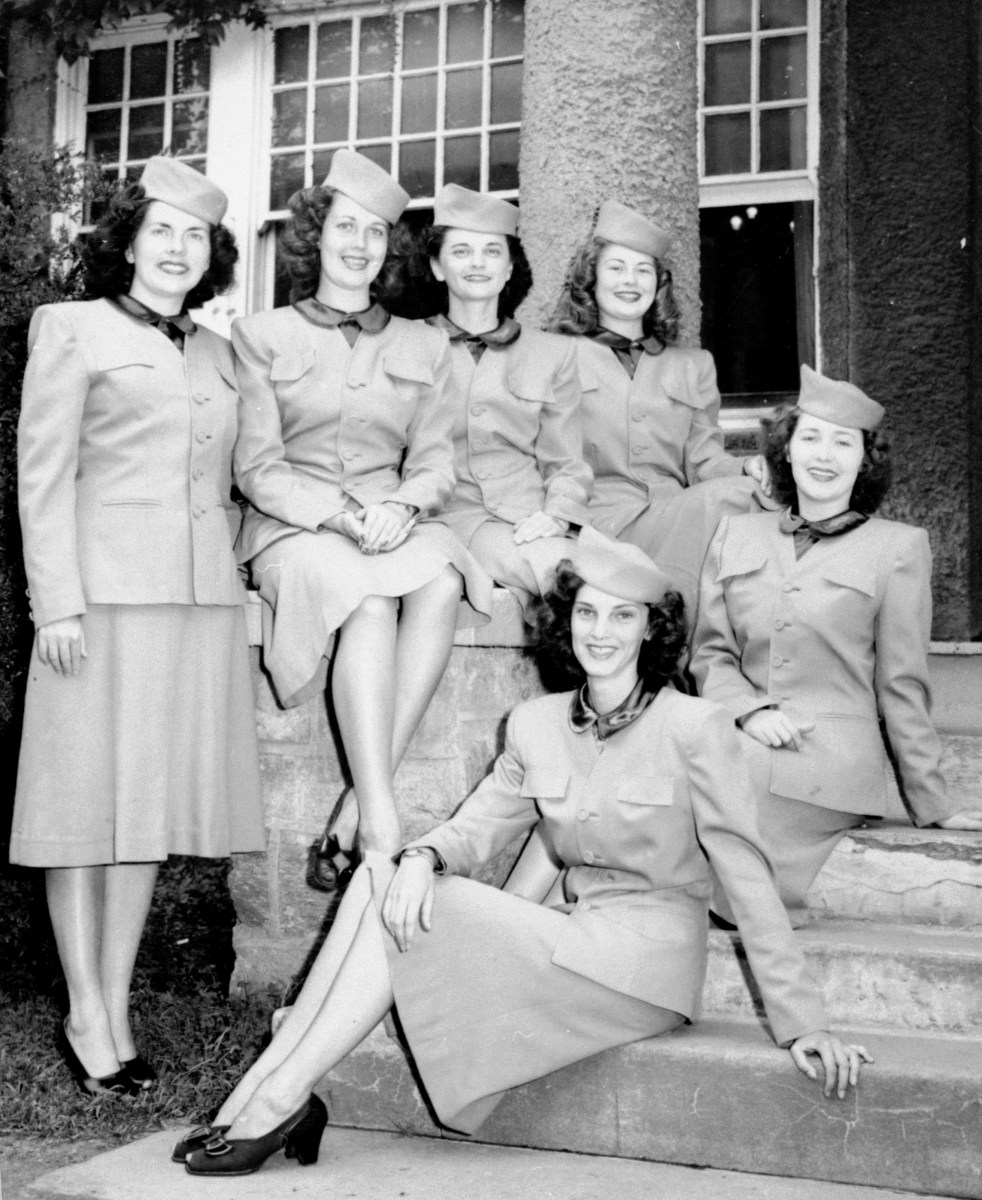 “The war was fought not only on the frontlines but also on the home front. Hormel very much bought into that and the idea of ​​drumming up support for the troops. These were the Hormel girls that went around and talked about Hormel aiding in the war effort and got people to recognize they were playing an important part in the war efforts when they supported Hormel. ” 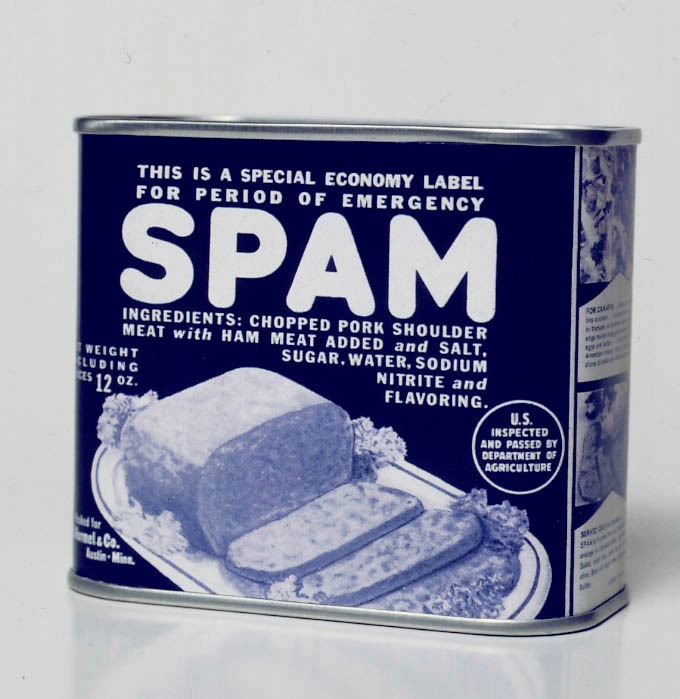 “This can and label were used during the war. There was printing that needed to be done for other war efforts. Hormel tried to minimize what was needed on the printing-press side when it created these labels. They were closer to black-and-white so it was very efficient. It was an economy label for a period of emergency. ” 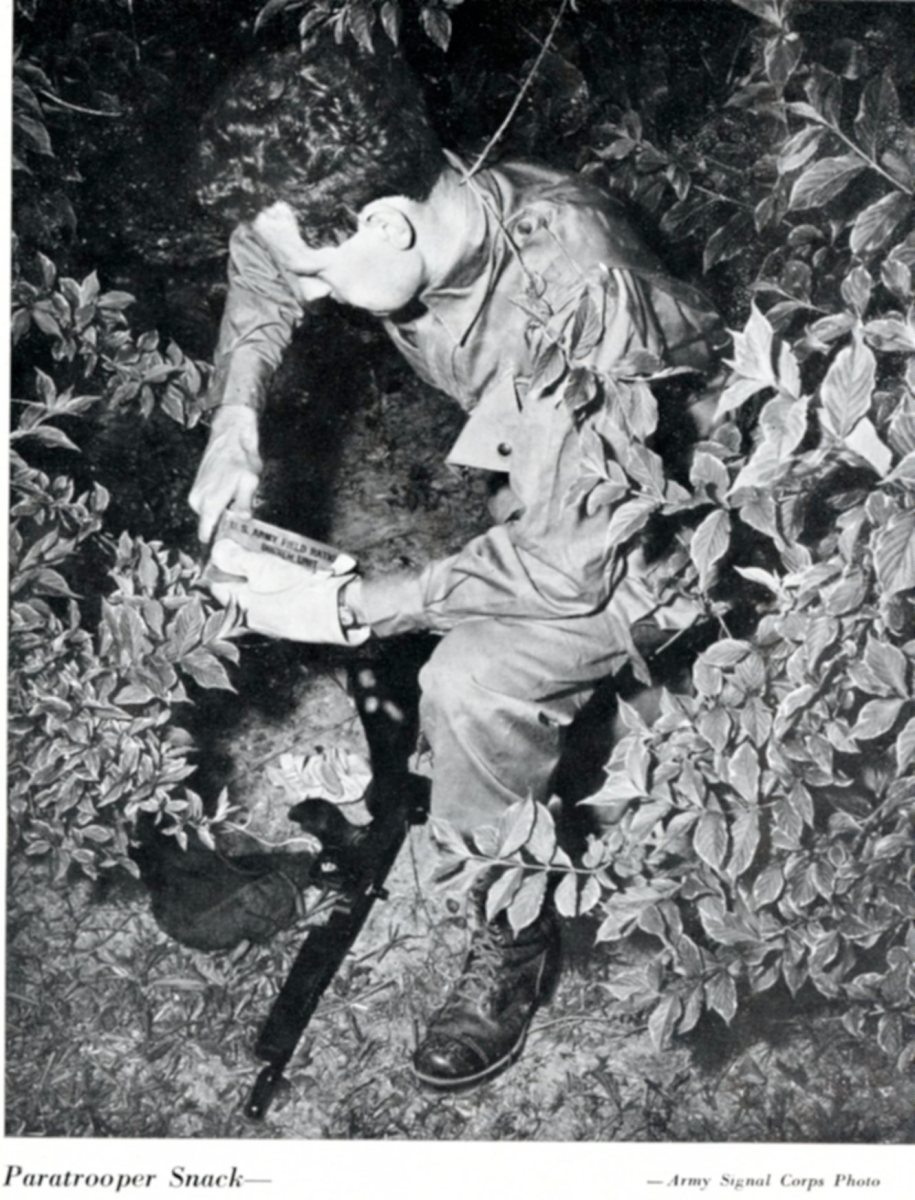 “Here’s a soldier breaking right into a can. Paratroopers landing behind or in front of the enemy lines were able to have a meal while going about doing their business as part of the war. Spam is a product that can be opened and enjoyed. There’s something to be said for a slice of fried Spam that’s crispy on the outside and tender and juicy on the inside, but there was nothing stopping people from using it right out of the can. It’s a shelf-stable, ready-to-eat meal that could be used right then and there. ” 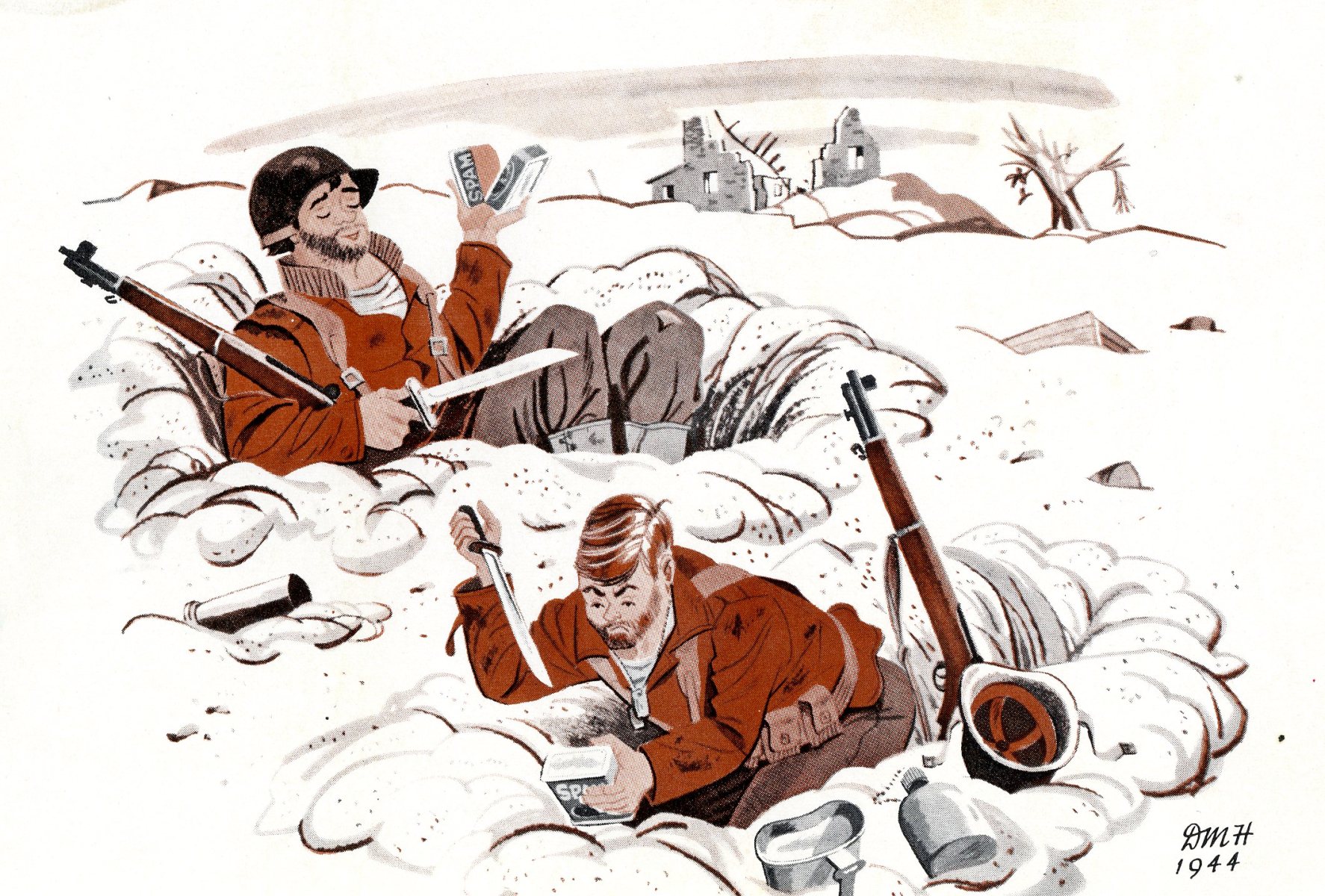 “Willie and Joe were stock characters representing United States infantry soldiers during World War II. They were created and drawn by American cartoonist Bill Mauldin, who was also a soldier, from 1940 to 1948, with additional drawings later. They were published in a cartoon format, first in the 45th Division News, then Stars and Stripes, and starting in 1944, a syndicated newspaper cartoon distributed by United Feature Syndicate. Willie and Joe were used for recruitment purposes as well. ” 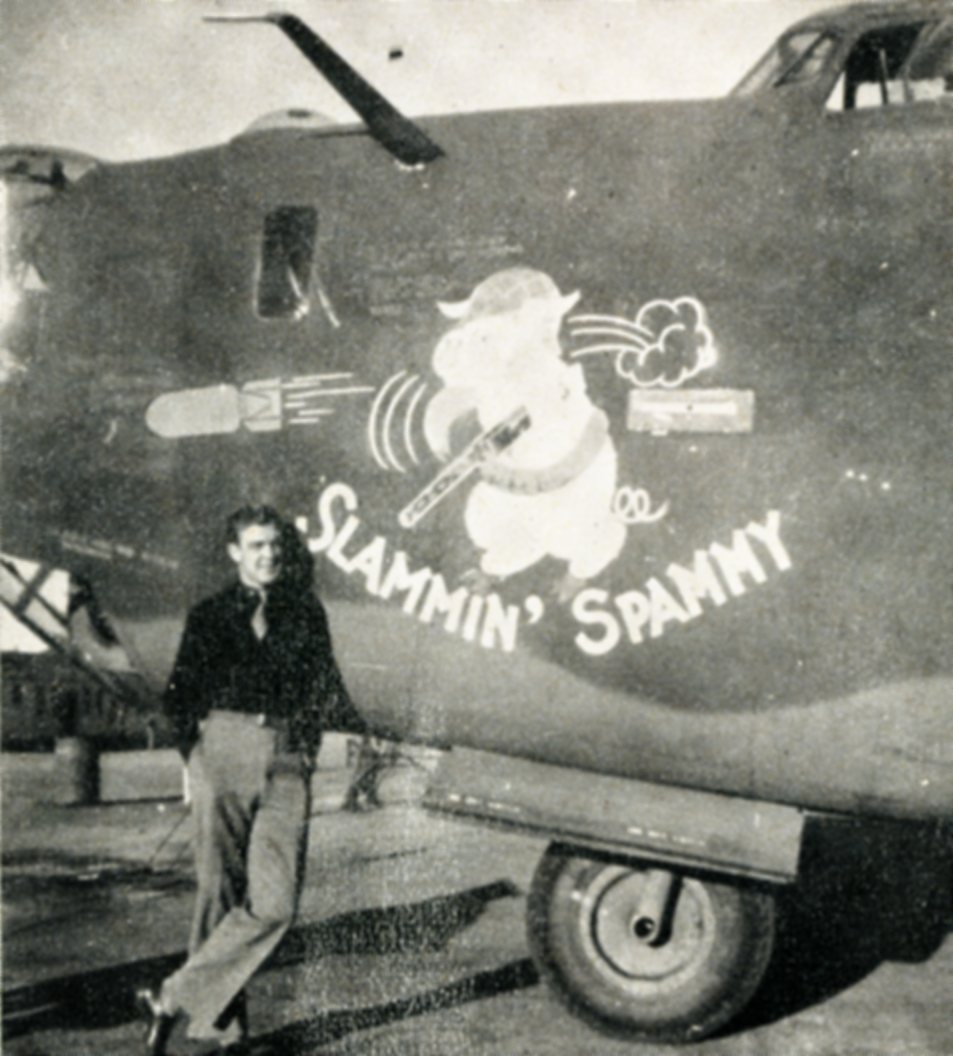 “‘ Slammin ’Spammy’ was flown by the Sather crew and is pictured here ready to go into battle with the US 833rd Bomber Squadron, 486th Bomber Group. ‘Spammy’ was the wartime mascot of the Hormel Foods Corporation and marks the huge contribution of Spam products to the Allied war effort. ” 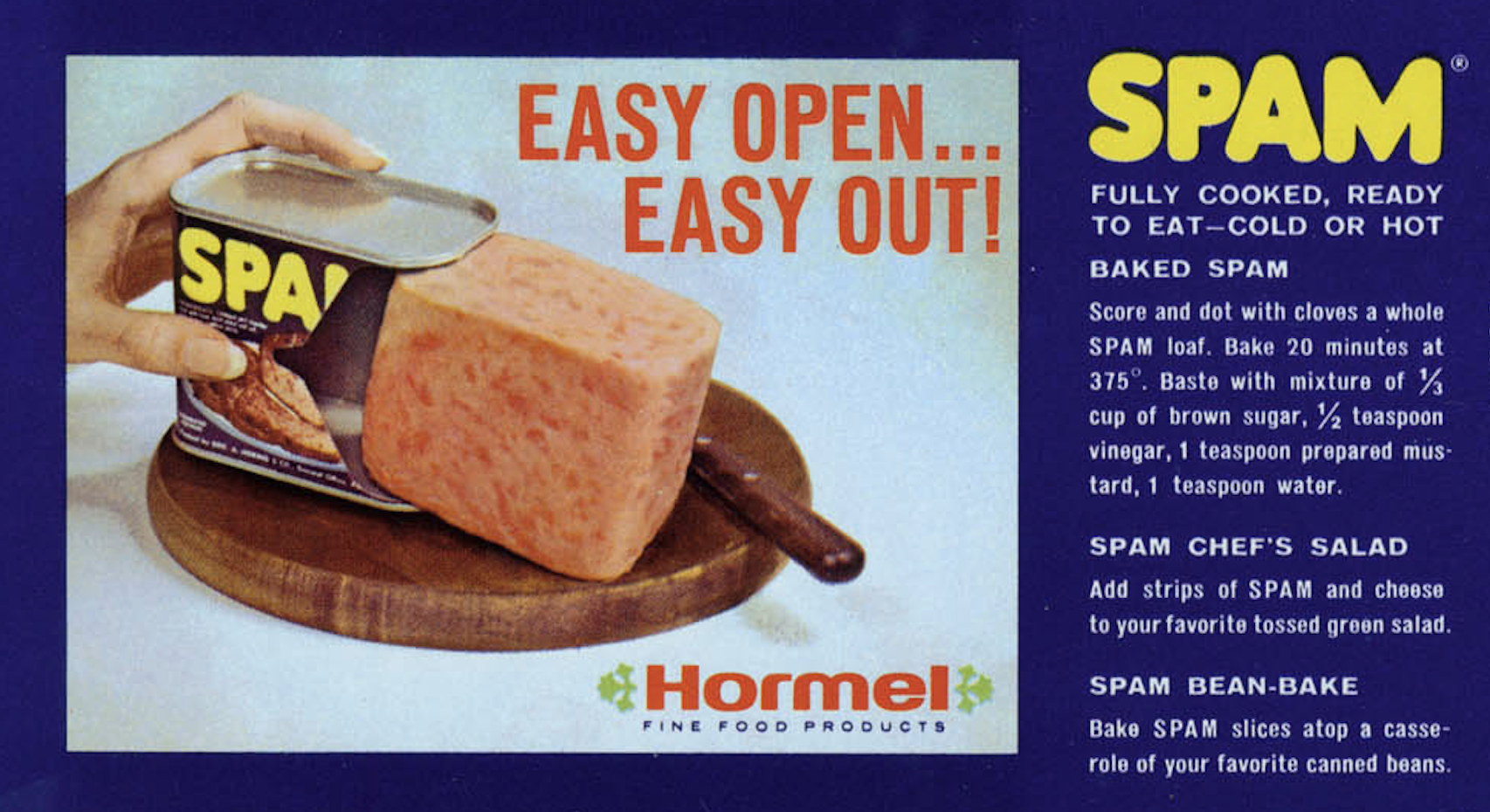 “Post-war, President Eisenhower sent a letter to the Hormel president that basically said,‘ Thank you so much for the hundreds of millions of pounds of product that you sent us during the war. We especially enjoyed having Spam. ‘ It was a tongue-in-cheek way of saying, ‘We’ve had enough.’ ” “Deviled Spam was actually a product for many, many years. The idea was to have a spread that was already mixed together that could be put on sandwiches or different things. Spreads were very big, but we don’t have this item in production anymore. ” 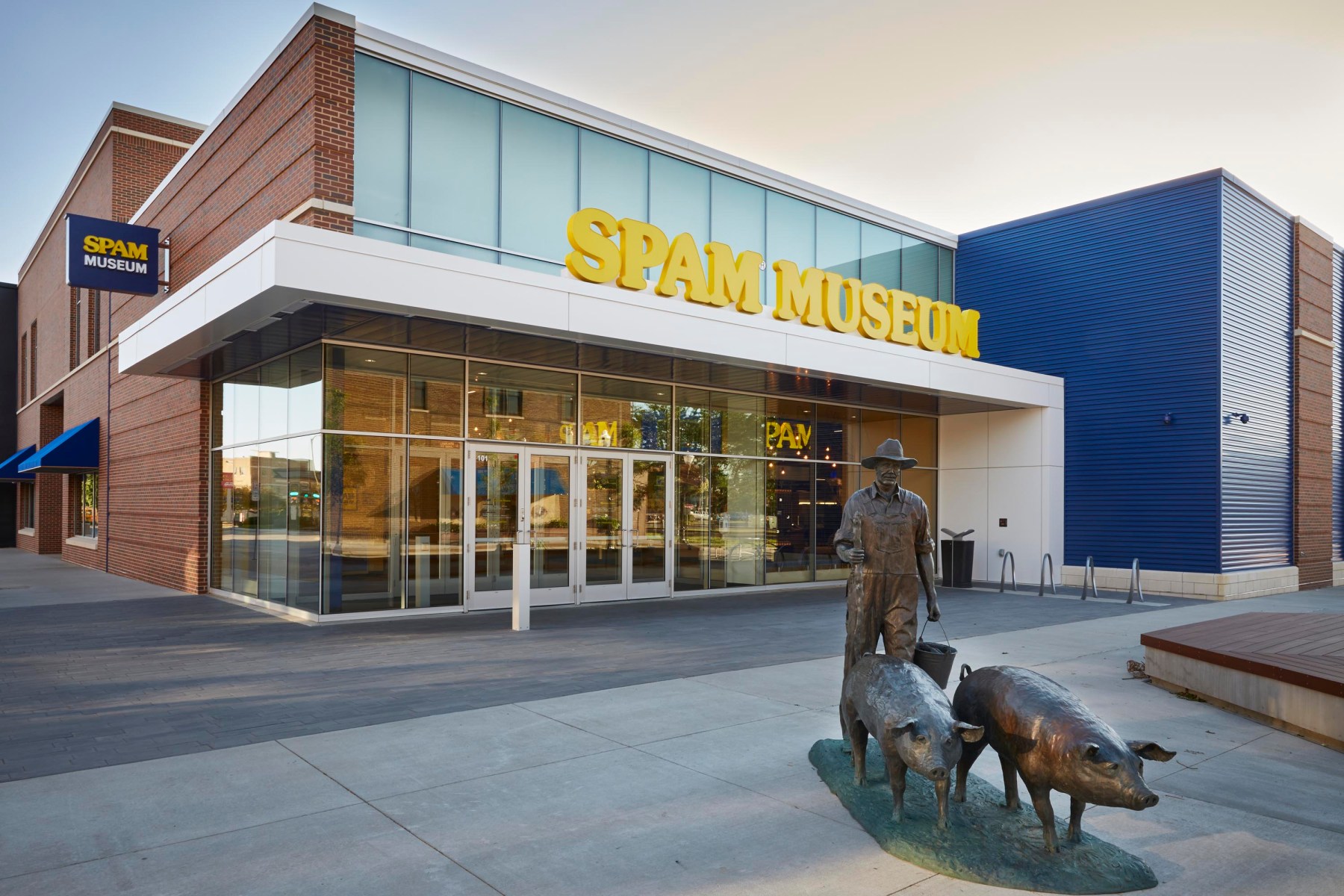 “The SPAM Museum is an admission-free museum in Austin, Minnesota, dedicated to the SPAM Brand and Hormel Foods Corporation. The museum tells the history of the Hormel company, the origin of Spam and its place in world culture. ”

First introduced 85 years ago today, on July 5, 1937, the first can of Hormel Foods Corporation’s Spam contained just six ingredients: pork with ham, salt, water, potato starch, sugar and sodium nitrite. Named by the brother of a Hormel Foods vice president, Ken Daigneau (who received $ 100 for his troubles), Spam has sold more than nine billion units across 48 countries and is now available in 11 different varieties. To help put the history of the little blue can, which is the inspiration for an annual Hawaiian street festival, into perspective, InsideHook secured some images from Hormel’s archives and spoke with Group Brand Manager Brian Lillis about ’em.

This article was featured in the InsideHook newsletter. Sign up now.

News, advice and insights for the most interesting man in the room.

Send this article to your friends

Sign up for InsideHook to get our best content delivered to your inbox every weekday. It’s free. And awesome.