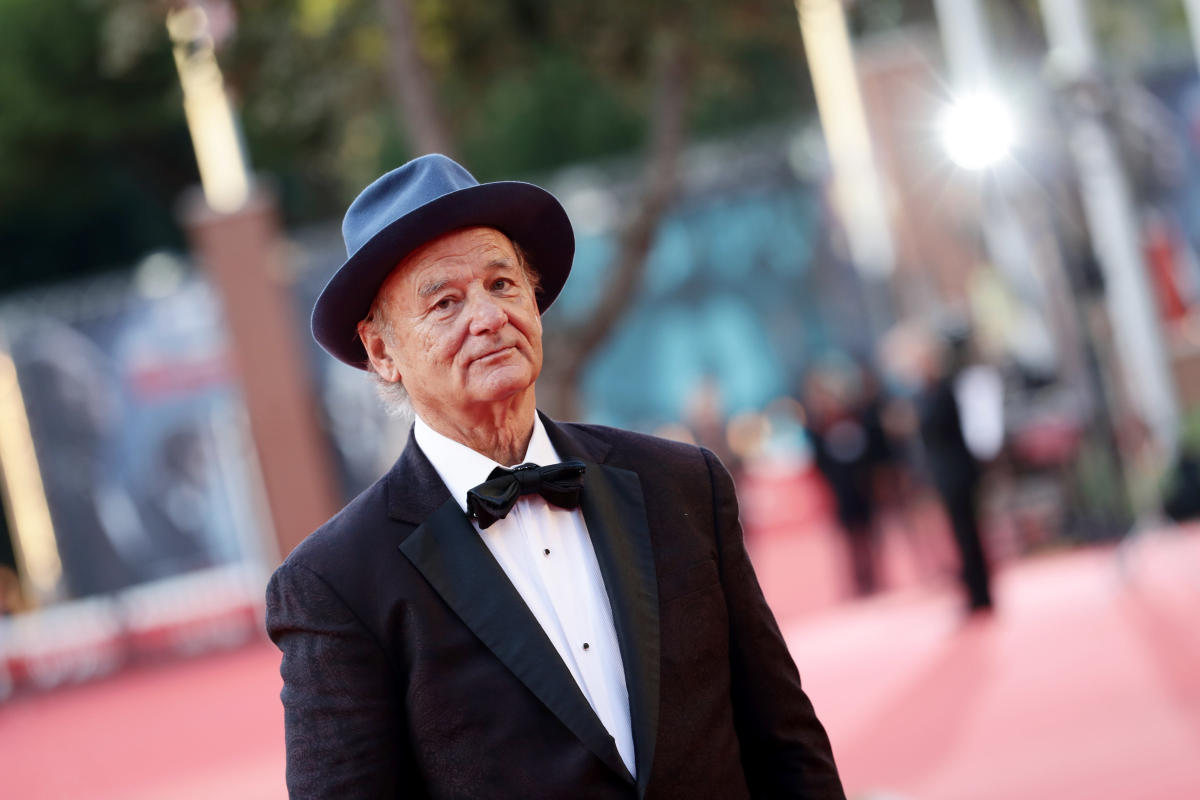 Claims about Bill Murray’s behavior on set are resurfacing amid news that production on his new film was suspended last week.

Deadline reported that production for the film “Being Mortal” starring Murray, Aziz Ansari and Seth Rogen was halted. A spokesperson for Fox Searchlight confirmed to TODAY the accuracy of that Deadline report.

TODAY obtained a letter that was sent to the cast and crew from Fox Searchlight, explaining that production had been halted due to a “complaint” filed.

According to Deadline, it was not made against Ansari. When asked who the complaint was filed against, Fox Searchlight told TODAY they don’t comment on pending investigations. TODAY has reached out to reps for Ansari, Murray and Rogen for comment.

‘I was furious and outraged at the time’

But in the days since news broke of the production being halted, users across social media have shared personal recounts of less-than-pleasant experiences working alongside Murray over the years.

Kim Masters, editor-at-large for The Hollywood Reporter, quote-tweeted a message on Twitter which contained an excerpt from a 2003 story in the Baltimore Sun about allegations made against Murray’s conduct on the set of the movie “What About Bob?”

The original tweet contained a screenshot from the story, sharing that the late Laura Ziskin and Murray shared a “spirited disagreement” which caused the actor to “throw her into a lake.” Ziskin said their argument was not playful, but his throwing her into the water was.

Masters shared the tweet along with the message, “I reported this in Keys to the Kingdom. Note that Laura Ziskin was a beloved, petite woman and Bill Murray was not. ”

Ben Dreyfuss, the son of actor Richard Dreyfuss, shared Masters’ message with a series of his own tweets about Murray’s alleged behavior on the set of the movie that his dad starred in as well.

“Bill Murray had a meltdown during what about Bob because he wanted an extra day off and Laura said no and ripped off her glasses off her face and my dad complained about his behavior and Bill Murray threw an ashtray at him,” Dreyfuss wrote.

In another tweet, he added, “Everyone walked off the production and flew back to LA and it only resumed after Disney hired some bodyguards to physically separate my dad and Bill Murray in between takes.”

In 1993, Murray told Entertainment Weekly, ”(Richard Dreyfuss and I) didn’t get along on the movie particularly, but it worked for the movie. I mean, I drove him nuts, and he encouraged me to drive him nuts. ”

In another interview with Deseret Interview back in 1991, he said, “While (Dreyfuss) was talking, I got in real close to crowd him, I put my head on his shoulder, screamed into his ear and did all sorts of annoying things. ”

In recent years, Lucy Liu has spoken out against her tense working relationship with Murray on the set of 2000’s “Charlie’s Angels.” In 2021, she opened up to the Los Angeles Times about standing up to the actor on set of the movie after he began to “hurl insults” at her while filming a particular scene.

“Some of the language was inexcusable and unacceptable, and I wasn’t going to just sit there and take it,” she said. “So, yes, I stood up for myself, and I don’t regret it. Because no matter how low on the totem pole you may be or wherever you came from, there’s no need to condescend or to put other people down. And I would not stand down, and nor should I have. ”

Yet, after the incident on set, when it was published in the press, Liu noted that it was twisted around to make her seem like “the difficult one.”

“But I didn’t understand how it got flipped when I had nothing to do with instigating it or creating that platform of confrontation or anxiety,” she said. “So even though it’s been decades, it’s something that obviously I remember very intimately and have not forgotten.”

Drew Barrymore corroborated the story on an episode of “The Drew Barrymore Show” last year, discussing the incident during her “Drew’s News” segment.

“I gotta say, Lucy is out there right now talking about her instance with Bill Murray and I did this whole video and sent it to her to back her up and she was like, ‘Nah, I don’t need it,'” Barrymore said, before she was asked to share the backstory.

Barrymore explained that comedians have a tendency to “be a little dark sometimes” and said that Murray came into a set “in a bad mood” on that particular day.

“And what you have to know is how much Lucy stood up for herself,” she said. “And that was the great thing that came out of an unfortunate circumstance. She literally said, ‘I don’t accept that kind of behavior from you’ and we all supported her and backed her up and we moved forward. ”

Barrymore said there were some “general” comments made toward the group, but then Murray “zeroed in on” Liu.

“I respected her then, I respect her now,” the actor said. “I’m proud of us as a team and a company that we didn’t tiptoe on the eggshells. We dealt with it right then and there, we were strong, and we moved forward and we didn’t accept anything less moving forward. ”

In 2009, Murray addressed the rumor of his storied fight with Liu during an interview with The Times of London, saying, “Look, I will dismiss you completely if you are unprofessional and working with me. … When our relationship is professional, and you’re not getting that done, forget it. ”

A lawyer for Murray has not commented on any of the resurfaced allegations.