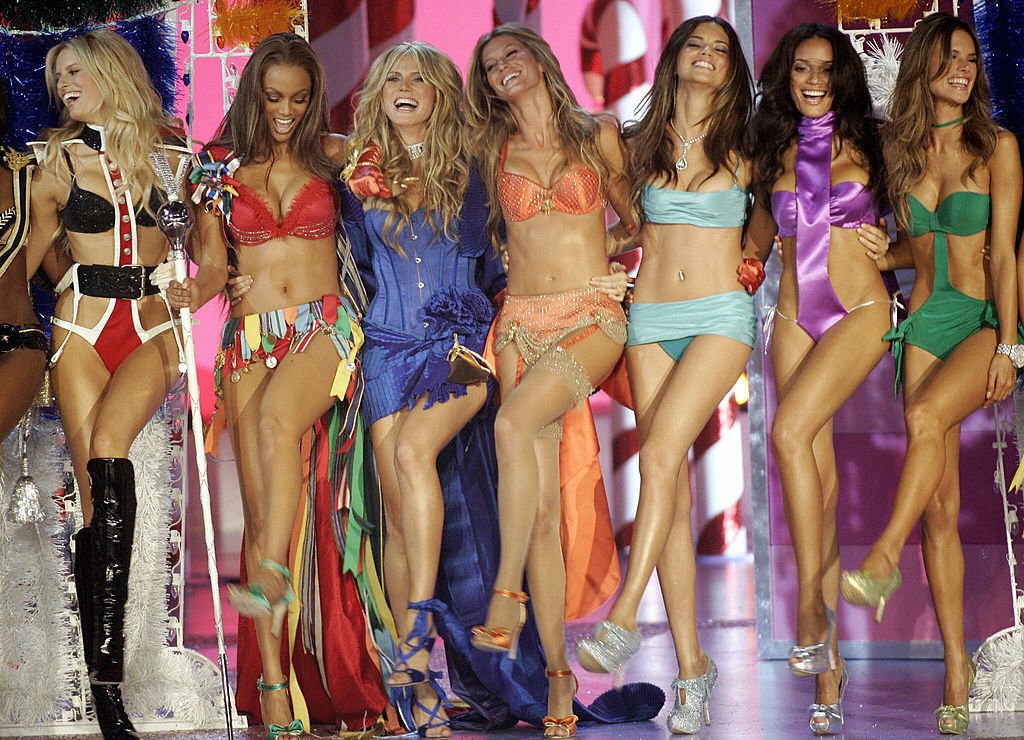 Believe it or not, Matt Tyrnauer, the director of Hulu’s new three-part docuseries, Victoria’s Secret: Angels and Demonswas unfamiliar with one of the company’s once most powerful branding tools when he took on the project.

“I can say that I might have been the last person in the western hemisphere to not even know about the Angels,” Tyrnauer tells Yahoo Entertainment. “When I started this, I started really looking at all of the details of the story and the brand, I was kind of haunted by the fact that I didn’t know about Victoria’s Secret Angels. Clearly, I wasn’t their target customer. And when I began to kind of see the entire, vastly influential marketing brand that, you know, everyone seems to know about, I had two reactions… Maybe I need to get out a little more. “I was just astonished at how completely stupid and very successful – maybe one of the most successful ever marketing campaigns was – it just seems like it had no right to be as successful as it was.”

In fact, the Angels were, as the Hulu documentary out Thursday explains, a big deal for two decades, beginning in the late ’90s. The online broadcast of their fashion show in 1999 crashed the brand’s site. In later years, when it was televised in primetime, millions tuned in to see Heidi Klum, Tyra Banks and more of the biggest models in the world wearing giant wings – and not much else – on the catwalk. Big stars, including Jay-Z, Taylor Swift, Rihanna and Selena Gomez, performed alongside them. And the stores were packed with customers snapping up bras, panties and more all year round.

During its heyday, the brand and Les Wexner, the former CEO of its one-time parent company, L Brands, had enormous influence on the culture, especially as the store was part of a retail empire that encompassed other popular mall staples, such as Bath and Body Works, Express and Abercrombie and Fitch – the latter of which was the subject of an unflattering doc, White Hot: The Rise and Fall of Abercrombie and Fitch, that Netflix released in April. It followed that store’s prime years, which were parallel to those of Victoria’s Secret, and the way the brand long excluded those who weren’t super thin and, mostly, white.

“It’s interesting, I think, for people to discover that [Abercrombie and Fitch is] the same – or was the same – parent company as Victoria’s Secret, “Tyrnauer says,” so the scale of the branding and marketing enterprise that came out of L Brands, based in little old Columbus, Ohio, is remarkable and had a huge impact on the culture until it didn’t, and those are companion stories. “

At Victoria’s Secret, there were many problems, beginning with the fact that everything – the catalog, the fashion shows, all of it – was a male-created fantasy of how a woman looked in lingerie, rather than apparel designed to please the women wearing it. Behind the scenes, there was a dark culture in which people were bullied, sexually harassed or body-shamed. (The brand’s parent company issued a statement expressing “regret” in 2020, and it has since retooled.) Perhaps most concerning, late convicted sex offender Jeffrey Epstein had ties to Wexner, who led the company beginning in 1982 and helped popularize the idea of fast-fashion as we know it.

“The one thing that we know, because Les Wexner said it on the record, is that Jeffrey Epstein was his money manager for many years,” Tyrnauer says. “And we know that that was a financially complex relationship, because of the scale of the enterprise.”

The documentary raises questions about why Epstein, a convicted sex offender awaiting trial on sex trafficking charges when he was found dead in his jail cell in Aug. 2019, was so involved in the company. Not only was he close to Wexner, but people in the doc say he went around telling people that he worked for the company.

Wexner, who in 2019 publicly accused Epstein of misappropriating millions of dollars of his personal finances, declined multiple requests for Tyrnauer’s team to sit for an interview. However, he’s always said that he was unaware of Epstein’s actions. He stepped down from his post as CEO of L Brands in 2020, amid revelation of his association with Epstein and plummeting sales. In 2021, Victoria’s Secret became an independent, publicly listed company.

The new management has rebranded Victoria’s Secret, dropping the Angels in 2021. Early indicators are promising. “It is our vision to become the world’s leading advocate for women,” the company website reads today, above images of its current ambassadors, dubbed the VS Collective, which includes athletes Naomi Osaka and Megan Rapinoe, actress Priyanka Chopra Jonas and models Hailey Bieber and Bella Hadid. “To us, advocacy means making sure that you are heard, seen and represented in all that we do.”

As the documentary hit Hulu on Thursday, the company offered another statement.

It’s more in line with what today’s customers see at other retailers, and a complete change from its previous branding.

“If they had made their pivot subtly and earlier, it’s possible they would have survived, because they were very good at surfing the zeitgeist for decades,” Tyrnauer says. “But I think that’s a part of the story here. I mean, this is big capitalism… and marketing posing as fashion. Victoria’s Secret was not really a fashion brand. It was a small brand that used the trappings of high fashion to create an aspirational world. And it did it very well for decades. Why they couldn’t pivot is the question. “

Tyrnauer, who also directed Valentino: The Last Emperor, and his team of about 20 people worked for two years to uncover the story. He came to a bleak conclusion about what happened.

“We live in a world now dominated by social media, and it’s anesthetizing the facts, which are, in large part, meant to manipulate us so we will buy things. So the story of Victoria’s Secret is one of the manufactures of consent,” Tyrnauer says. “It was very good at doing that. It was very good at surfing the culture and marketing to us and appealing to our aspirational urges. I see it as the 1.0 of Instagram and Amazon. And I think it’s very instructive to see how the past. was prologue for our current moment, which, in many ways, is much trickier and stickier and potentially much more detrimental, because social media invades our lives 24/7. You have to make the decision to drive to the shopping mall and walk the corridors. to participate in the anesthetizing form of capitalism that that was, but I think that that was the prologue for the predicament we find ourselves in today. “

Victoria’s Secret: Angels and Demons is currently streaming on Hulu.