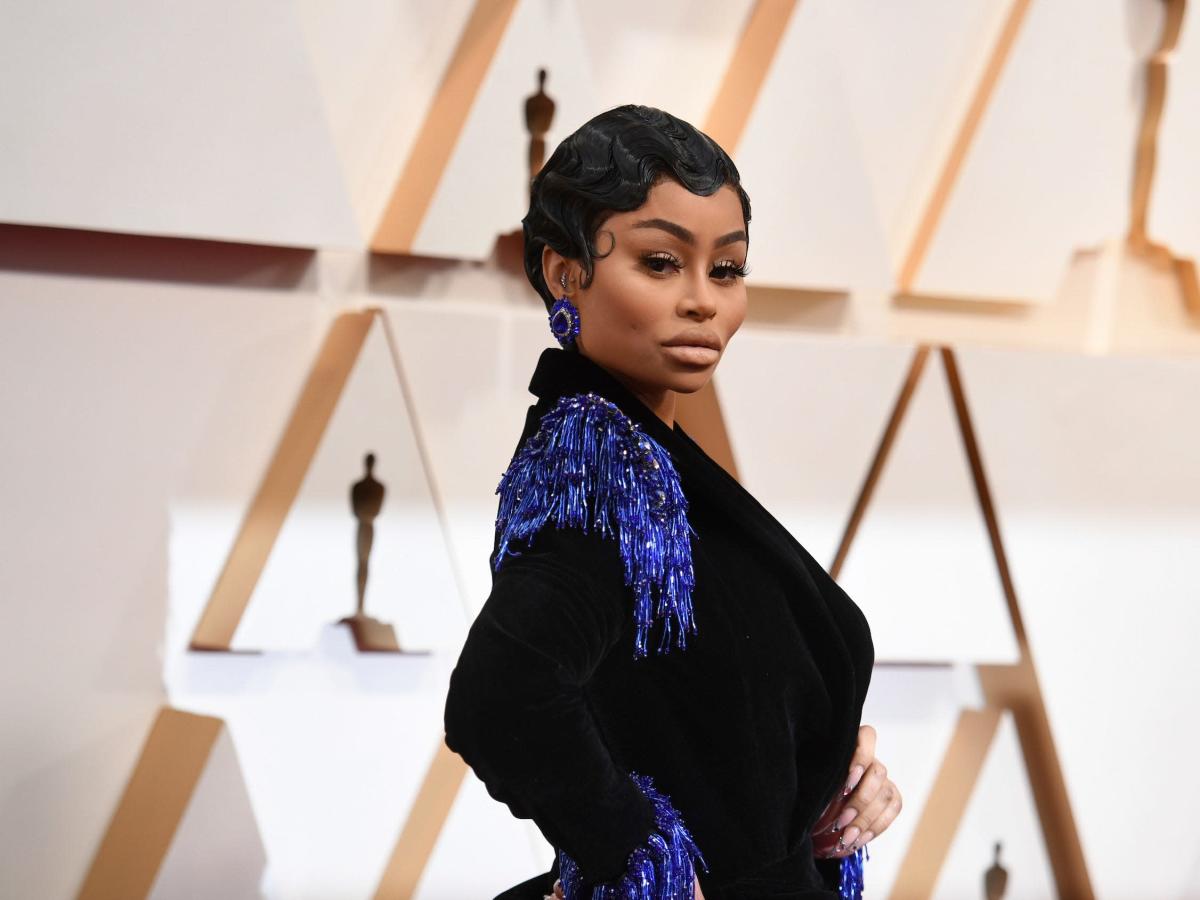 Blac Chyna is having a hard time keeping up with the Kardashians’ lawyer.

On her second day of cross-examination Thursday in her $ 100 million lawsuit against the Kardashian-Jenner family, Chyna was grilled hard on dates, contracts, and her history of violent entanglements.

Along the way, she was cornered into acknowledging she hasn’t filed taxes in three years.

More significant to her case, jurors learned that on February 21, 2017, she might have voluntarily signed away her right to fight the cancellation of her “Keeping Up With the Kardashians” spinoff series, “Rob & Chyna” – and in exchange for just $ 100,000.

Just what ended the series – a Kardashian family vendetta, as Chyna claims, or the real-life breakup of its fractious stars, Chyna and Rob Kardashian – is a key issue in the case.

She is suing the matriarch Kris Jenner and the daughters Kim Kardashian, Khloé Kardashian, and Kylie Jenner, accusing them of forcing the cancellation of her series and depriving her of a lucrative reality-TV career. Thursday marked day four of the trial.

But whatever the series’ cause of death, Chyna’s signature may have given the E! Network every right to end the show when and how it did, four episodes into shooting the second season. Confronted about the document Thursday, Chyna told jurors she couldn’t remember seeing or signing it.

“Are you with me?” the Kardashian-Jenner family lawyer Michael G. Rhodes asked Chyna at one point, delving deep into five-year-old contract verbiage as the daylong testimony dragged on.

“No, I’m not with you,” Chyna answered from the witness stand, her voice icy, as Kris Jenner sat watching in the audience, alongside Kim Kardashian and Khloé Kardashian.

The exotic dancer turned spurned reality-show actor is trying to convince a Los Angeles jury that the Kardashian-Jenner family killed the 2016 “Rob & Chyna” spinoff by trash-talking her to E! Network executives.

Kris Jenner went so far as to call Chyna “stupid” and “ghetto” in December 2016 messages to the E! bigs, Chyna’s lawyer told jurors in opening statements.

But Chyna acknowledged under Rhodes’ questioning Thursday that a February 21, 2017, agreement with the E! Network contained her signature. The agreement, drawn up as Chyna and Rob Kardashian continued to lash out at each other in public – gave the network five additional months to decide whether the second season would live or die.

The agreement paid Chyna a $ 100,000 kill fee upon the series’ demise. The same agreement paid her a $ 370,000 flat fee for the four episodes that were shot and for any additional appearances on “KUWTK.”

“I got the money and did the work,” Chyna conceded to the jury, though she added that a prior lawyer had kept her in the dark about the agreement, which she said she had no clear memory of signing.

Rhodes also asked Chyna about her claim that the midseason cancellation had cost her tens of millions of dollars in future income.

In that line of questioning, he asked whether she had any bank accounts or recent tax statements to demonstrate her financial status.

“I don’t have any personal bank accounts,” Chyna replied.

“Isn’t it a fact that you produced no text messages for this case?” Rhodes asked.

She sounded irritated as she suggested he have Rob Kardashian take the stand if he wanted to find their texts.

“Just go through his phone,” she told the lawyer. “It’s not that hard.”

Exactly when Chyna, 33 – whose given name is Angela White – split from Kardashian, 35, the family’s only son, is also a point of contention.

Chyna is insisting at trial that they remained a couple even after December 15, 2016, when she moved out of Kylie Jenner’s house, in Hidden Hills, California, where the two had been staying.

They’d had a fight the night before – which included a brandished gun – while celebrating E! Network’s greenlighting of that second season, she has testified.

Then – in a later-dropped lawsuit that accused Rob Kardashian of domestic abuse, Chyna had said they broke up in December 2016, Rhodes said.

Now, she’s back to saying they broke up in May 2017, Rhodes noted during questioning.

“I made a mistake,” Chyna insisted on the stand Thursday of the 2016 date. “I should have reworded.”

Jurors have also gotten an earful about the former couple’s ups and downs.

In testimony Wednesday, Chyna said she once grabbed Rob Kardashian’s unloaded gun from a nightstand and pointed it at him, warning, “If you ever leave me–” as he FaceTimed with friends. Chyna also acknowledges wrapping Rob Kardashian’s iPhone charging cord around his neck that night.

She told jurors Wednesday that she’d been justifiably angry over his jealous accusations, insisting they were being “silly” with each other when she grabbed the gun and the charging cord.

“I smashed a gingerbread house because I was really upset” by Rob Kardashian’s jealous accusations, she told jurors. “Then I damaged a TV.”

The Associated Press contributed to this report.

Read the original article on Insider