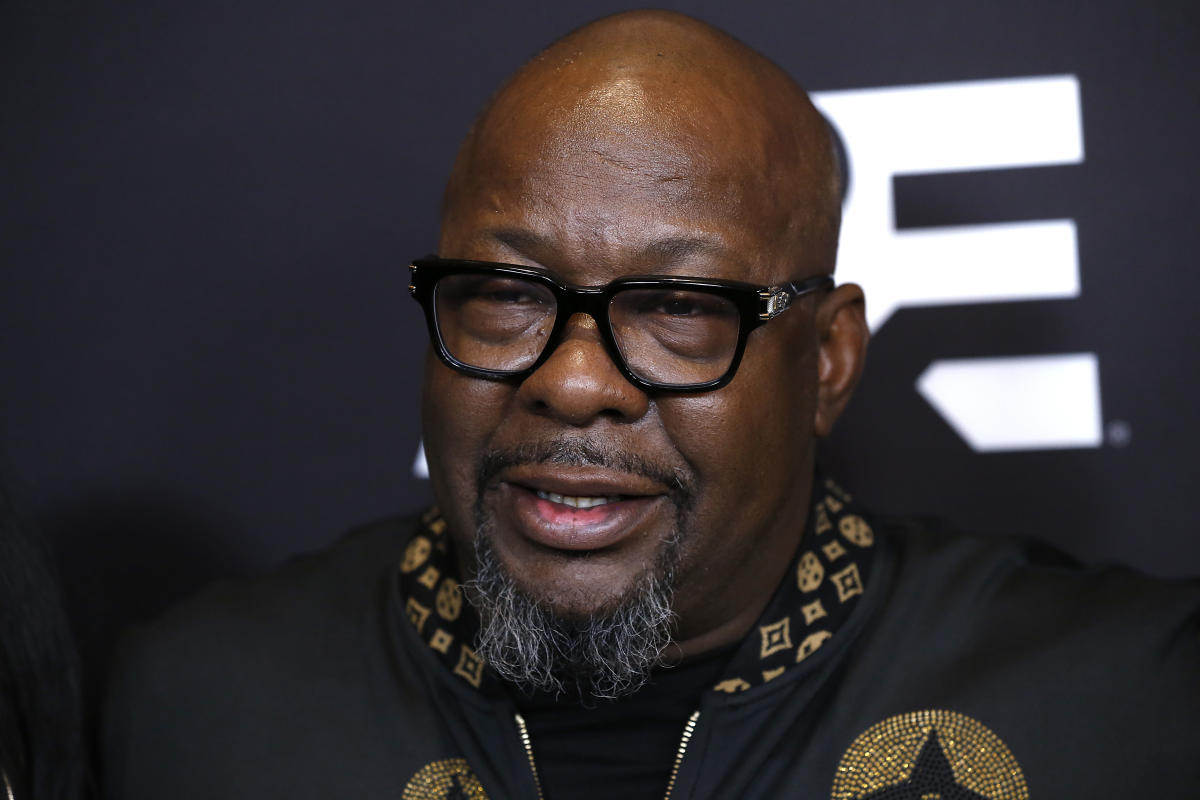 Bobby Brown is getting candid about addiction during his marriage to Whitney Houston.

In the second half of A & E’s Biography: Bobby Brown, which aired Tuesday night, the singer talked about being addicted to crack, heroin, cocaine and alcohol before finally getting sober. He also shared the “big misconception” about his marriage to Houston.

Brown, 53, was depicted in the press as the “bad boy” during his relationship with Houston and blamed for her drug spiral. However, he said the “Greatest Love of All” singer with the angelic voice was the most experienced drug user when they got together, which he came to find out on their 1992 wedding day.

On the day of their wedding, the New Edition alum was “scared to death” and locked himself in a bathroom, where he was “drinking, smoking, sniffing” cocaine, he recalled candidly. It was his now-wife and then-friend, Alicia Etheredge, who actually helped him overcome his jitters – talking him out of the bathroom.

When he did come out and felt ready to wed, he saw his bride-to-be for the first time and she was “doing a line of coke.” While he called it a “shocker” to see her “sniff for the first time,” amid his wedding day nerves – and worrying about whether he was doing the right thing – it made him feel like he “had more in common” with Houston than he thought.

However, “I was new to [using cocaine] and she, I guess, had been doing it for a while, “he said.

Brown said when he and Houston weren’t getting high, things were great. “She was just the kindest, sweetest person that I knew. They weren’t” in the throes of the disease “at first. They were focused on raising their new baby, Bobbi Kristina, who was born in 1993, and” would party “on the weekends. Cocaine soon” became a problem in our marriage …. After a while, we just lost our mind. “

Brown admitted that in addition to cocaine, he was smoking heroin and crack, the latter of which he would mix with marijuana.

“Being an addict is really hard,” said Brown, who has been sober from drugs for 20 years and alcohol for two years. “You don’t know you’re an addict until it gets worse and worse and worse.”

One of the worst moments was touring with reunited New Edition in 1997 and Houston joining them on the road. Brown recalled being so high that he thought Houston was trying to kill him. He said he kicked everyone off the tour bus, pulled over and ran through a field with a .357 magnum in hand and cocaine, crack and weed in different pockets.

“They’re trying to kill me!” he recalled yelling when the owner of the property came outside with a shotgun pointed at him. Brown left the tour after that due to the drama as well as a respiratory problem, describing it as the “lowest of low” points.

But that wasn’t his “rock bottom.” That came after he was incarcerated in Florida for 65 days in 2000 after violating parole in a drunken driving incident four years earlier. His addiction was peak when he went into jail but when he left, he said he was completely clean and sober of narcotics. However, Houston didn’t get sober while he was incarcerated.

“When Whitney picked me up [from jail], of course there were drugs in the car, “he recalled.” And I didn’t want any. I was grateful that I didn’t. It was out of my system. That’s when I knew that I had moved into a different realm. I was in a different space at that time. That’s when the problems started with me and her. I wanted her to become sober like I was. It was really hard for both of us to stay together and be together after that. “

He said Houston was “still using hard drugs” and while clean from that himself, he started overindulging in alcohol developing an addiction there. Brown insisted that they “would still be together if it wasn’t for drugs. Drugs just got the best of us.”

Brown also wanted to clear up a “big misconception” and it was that he was physically abusive toward Houston during their admittedly “tumultuous” marriage. Brown was charged in 2003 with a battery after an altercation with Houston which left her with a bruise on her cheek and a cut upper lip. He was sentenced to 60 days in jail for violating his probation.

“A big misconception on me [was that I was] physically abusing Whitney, “he said.” I never, ever physically hit her – intentionally. “

Of the injury, Brown claimed Houston “got in the way of a fight that I was having with one of the drug dealers we were dealing with.” He claimed he was sober and “whooped” the dealer to make sure he didn’t come back to their home.

“Whitney got in the way,” he claimed. “My hand went back, smacked her. That was the worst time of my life. It was something that I felt really bad about. I never expected to put my hands on her and to this day I wish it didn’t happen.”

In 2006, Houston filed for separation from Brown and their divorce was finalized next year. While he came into the marriage with $ 55 million – Houston’s father made him show him his bank statements before the couple was allowed to marry “The Voice” – he walked away with nothing, including custody of Bobbi Kristina.

“I left everything on the table,” he said, including his cars, house and money. He moved to Los Angeles and lived in his car in the future wife Etheredge’s driveway until he was legally divorced. Brown then dated Etheredge, a music manager, who he had a long-time friendship with, and they married in 2012.

That was also the year that Houston died after drowning in a hotel bathtub due to coronary artery disease and cocaine intoxication. Brown learned the news while touring with New Edition. His long-time bandmates told him when he came off stage.

Brown started crying as he recalled being in “shock” from the news. “It was just unbelievable, man … That was the worst time in my life to know that she was gone … I wasn’t there … I wish I could have been there for her. But we had made our beds and we had to lie in them. “

In hindsight, Brown said “knowing what has happened … I think we could have helped each other out. I think she’d still be here if we hadn’t divorced.”

On the heels of the documentary, Brown has a new docuseries, Bobby Brown: Every Little Step, which centers on his life now with Etheredge and moving past the deaths of daughter Bobbi Kristina and his son Bobby Jr. that airs Tuesday night at 10 pm after the doc. Its regular timeslot will be Tuesdays at 9 pm starting June 7.