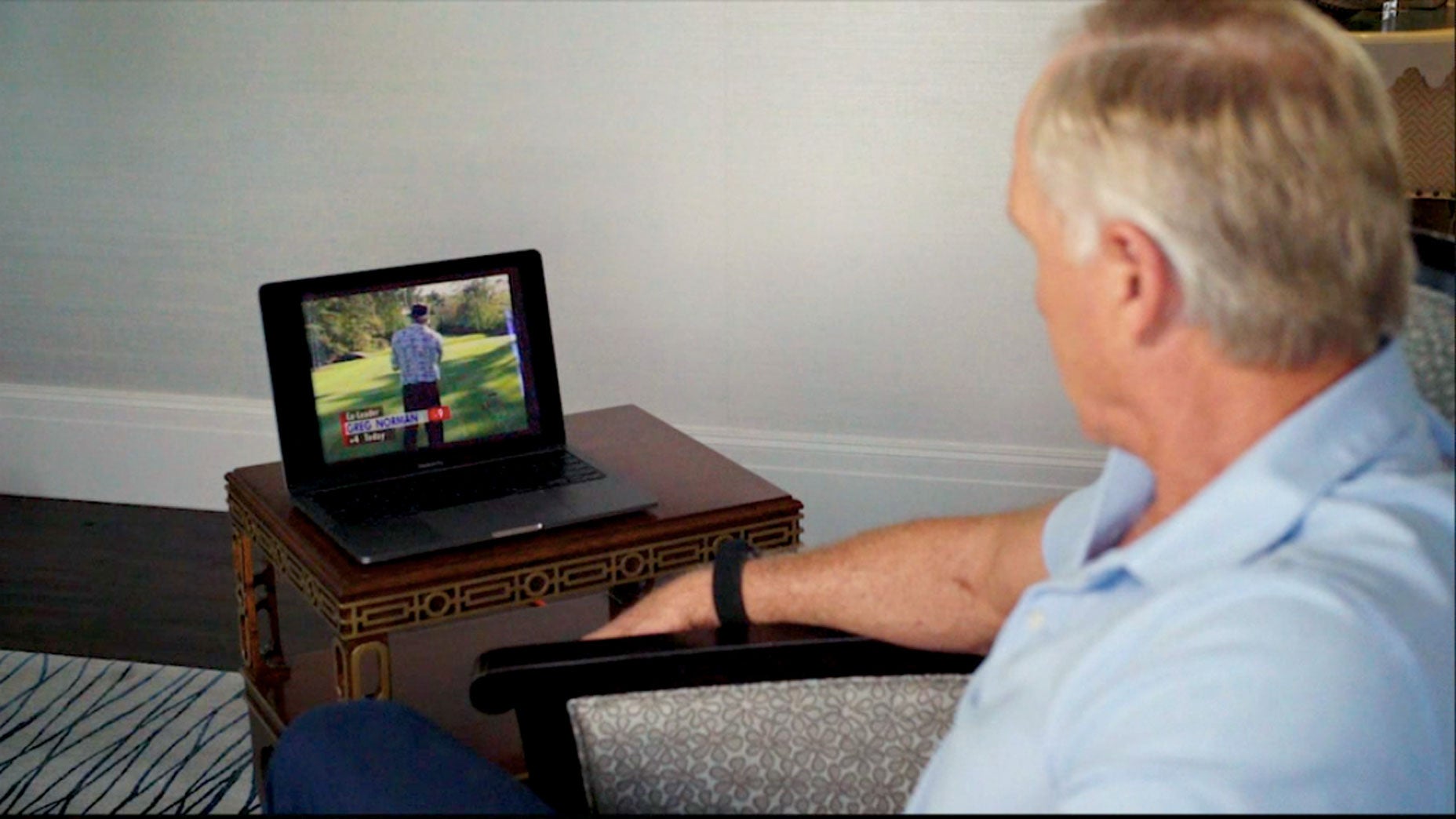 On Tuesday night, ESPN debuted its newest 30 for 30 documentary, and golf fans everywhere are not going to want to miss it. Titled “Shark,” the new doc delves deeply into the history of golf legend Greg Norman’s eventful career. The highs were many, and the new episode touches on them, but Norman’s career is regrettably most notable for the lows, and that’s what dominates most of the documentary’s runtime.

“Greg Norman is one of the greatest golfers of all time. Two-time major winner, 331 weeks at No. 1, ”director Jason Hehir says to open the doc,“ but he had some heartbreaking losses at majors early on in his career and he was soon defined by those even more than the victories. ”

From his first tango with despair at the 1986 Masters all the way to his historic collapse at the 1996 event, “Shark” has it all. And while the blame for his loss of a six-shot lead at Augusta in ’96 is squarely on Norman’s shoulders, the most stomach-churning aspect of Norman’s career, and the documentary, are the many, many times the former World No. 1. lost tournaments by way of seemingly miraculous chip-ins and hole-outs.

There’s Bob Tway’s chip-in on the 72nd hole of the 1986 PGA to beat Norman, part of Norman’s 1986 “Saturday Slam,” in which he held the 54-hole lead in all four majors. Larry Mize’s miraculous chip-in to shock Norman in a playoff at the 1987 Masters will not soon be forgotten. Fewer fans recall Robert Gamez’s 176-yard eagle hole-out on 18 to erase Norman’s one-shot lead at the 1990 Nestle Invitational at Bay Hill. Believe it or not, there are even more instances in which Norman lost via chip-in. (The “difficult” part about watching the new doc? Cringing along with Norman as he’s forced to re-watch his worst moments on screen, both the best and worst part about the new doc.)

In light of the extensive history of heartbreak in Norman’s career, the most debated question, and one that directors Jason Hehir and Thomas Odelfel centered “Shark” around, is this: was Norman historically unlucky in his pro golf career, or were his shocking losses his own doing? In other words, was Norman snakebitten, or just a choker?

The real answer, of course, is somewhere in between, but the documentary gets to the heart of the matter in a segment that begins around the 50-minute mark, featuring three noted golf media members: former CBS Golf correspondent Bobby Clampett, Golf Channel analyst Brandel Chamblee, and longtime CBS Golf analyst and swing coach Peter Kostis. And all three of them seem to agree on one thing: Norman was not the victim of fate, but of his own poor play.

“The story you tell yourself as a player is really important. I think Greg played a victim to those kind of things, ”Clampett says to open the segment. “I think Greg started telling himself, the story is I’m just the unluckiest golfer in the world.”

Then Chamblee gets his chance, and he didn’t hold back:

“His game took a downturn after that, and I think that proves, at least in my view, that he took it as he was being robbed of these major championships, but if you look a little closer, he wasn’t being robbed, Chamblee said. “It was far more about the flaws in his golf game, or maybe in his emotional state when he was playing the back nine, than it was about fate singling him out for this torturous career.”

But perhaps the harshest take of all came from Kostis.

“Everybody remembers the chip in by Larry Mize, but the reality is three bogeys on the back nine on Sunday is not going to get you the green jacket,” Kostis says, becoming visibly animated. “Bob Tway’s bunker shot [to win the 1986 PGA Championship] is iconic in PGA history. Greg shot 40 on the back nine. Come on, you shoot 40 on the back nine and you still have a chance to win? Something bad might happen to you. ”

The directors then put the question directly to Norman: was he snakebit or did he “put himself in a position to be beaten by miracle shots?” His answer was revealing.

“I agree with the latter more than the former. Putting yourself in the position is what it’s all about, right? You control your own destiny; you do your own thing. You can’t control what other people do. You cannot influence what other people do. The only influence you can exert is what you do yourself in your shoes with your golf clubs with your score. You know, and if people want to look at it from a snakebit standpoint, maybe there are other things in life that have been pretty good with me, too. What you lose on one hand you might pick up on the other. ”

Wherever your own opinion on the matter falls, it’s important to note that, in the documentary, Norman takes all these questions head on. And the lasting pain of his professional heartbreaks are visible to anyone who watches. He squirms. He grimaces. He clenches his fists. He looks away from the camera to gather his thoughts. But to his credit, he answers them directly, and with a large dose of hard-won perspective.

Norman’s latest pursuit, the controversial Saudi-backed LIV GOLF Invitational Series, went unmentioned, however. But before the summer ends, and perhaps sooner than that, the two-time Open champion will be in the headlines again.

As managing producer for GOLF.com, Cunningham edits, writes and publishes stories on GOLF.com, and manages the brand’s e-newsletters, which reach more than 1.4 million subscribers each month. A former two-time intern, he also helps keep GOLF.com humming outside the news-breaking stories and service content provided by our reporters and writers, and works with the tech team in the development of new products and innovative ways to deliver an engaging site to our audience.