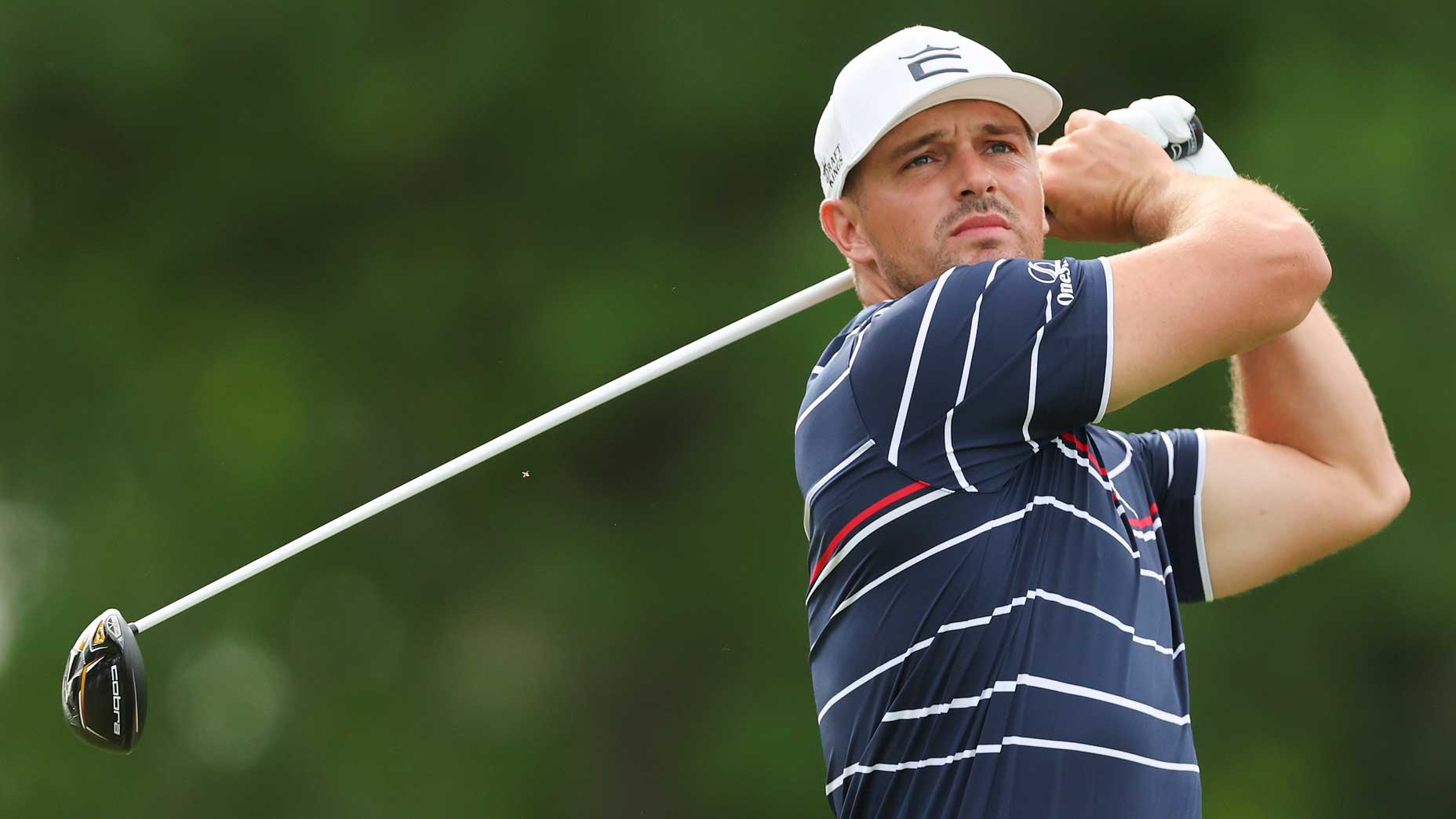 Bryson DeChambeau hits his tee shot on Thursday on the 18th hole at Muirfield Village.

“I mean, from a golf perspective, no, I hated every minute of it,” he said.

“But from an emotional standpoint, it was nice to finally be back again in a competitive environment.”

One four-over per round, shot during Thursday’s first round of the Memorial; two ways to look at it. The 76 isn’t great. But it was a long time coming. If he’s being honest, golf’s longest hitter hasn’t been himself since possibly the year-opening Tournament of Champions, and it’s been injuries, surgery, rumors and time off ever since.

First, the injuries. A week after the TOC, he withdrew from the Sony Open with a left wrist ailment. Two weeks later, at the Farmers Insurance, he was seen repeatedly rubbing both his wrist and his lower back, at one point shouting, “I can’t play golf today.” The week after that, he pulled out of the Saudi International, citing left hand and hip injuries. From there, he benched himself for seven weeks, returned to the WGC-Match Play, failed to win a match, then missed the cut at the Texas Open and Masters in back-to-back weeks before opting for surgery on his hand the week. after Augusta.

The questions followed. Had the player who added size in order to add distance injured himself doing so? He said he hadn’t; soon after the Saudi, DeChambeau said he hurt himself there after slipping while playing ping-pong, and the spill re-aggravated previous injuries. Then came the speculation after his play in the Saudi itself and whether he would be joining the upstart, Saudi-funded LIV Golf series, which begins play next week. He said he wouldn’t be; in late February, DeChambeau committed to the PGA Tour, and he did so again on Thursday.

“Me, there’s obviously a lot of conversation,” DeChambeau said. “For me, I personally don’t think that at this point in time I’m in a place in my career where I can risk things like that.

“I’m loyal to my family that I’ve created around me with sponsors and everything. And as of right now, the golf world is probably going to change in some capacity. I don’t know what that is. Not my job to do so. I’m just going to keep playing professional golf and enjoy it wherever it takes me, play with the best players in the world. ”

Have the past four months been frustrating? Undoubtedly. He missed a title defense at the Arnold Palmer. He missed the Players Championship and the PGA Championship, though he did practice for the latter. But about that time off along the way. When you haven’t played since the Masters in April, and just five times overall since late January, all of a sudden 76s can give a guy, in his words above, a golf perspective and an emotional standpoint.

When a reporter asked him how it felt to hit his first tee shot on Thursday, DeChambeau opened up some.

“My time off, I haven’t been able to hit golf balls. It’s very difficult. You’re in your head the whole time, ”he said. “You have this thought process, and you go out there and it’s OK, but it doesn’t pan out the way you want to.

“So really having a positive attitude even though things aren’t going great out there is important for me. Now, I’ve learned that that’s what really matters to me. I enjoy the journey again. I’ve taken enough time off to where I’m comfortable going after it again, whereas before it was tough because it’s like, man, I was grinding so hard and I wasn’t figuring stuff out. It can just beat you down.

“But taking a little bit of time off, unscheduled, it was actually good for my mental health and being able to look back and appreciate the grind and the journey I’ve always enjoyed going through.

“But I was excited to get out there and play golf again and compete. And a bit frustrating, obviously, not playing the way you want, but it’s a bit of a warm-up for me. I haven’t played golf in a while. First 18 holes that I have really completed without any pain and any thought of the hand in seven months. It’s a long process for me, but I’m excited to see where this next part of my life takes me. I’m pretty stoked. I know I’ll have a lot of work ahead of me, but I’m not afraid of it. ”

Could that all change as soon as Friday? For sure. The hand is no given either; DeChambeau said the hope is it’s “all horses moving in the right direction” by the US Open in two weeks.

“I know I have a lot of stuff to work on,” he said. “Just being able to go out there, start to enjoy what this game has given me. It’s great seeing the fans out there, supporting me, pushing me on, even when I’m not doing great. Gives me some comfort that it’s fun – it’s fun again. ”