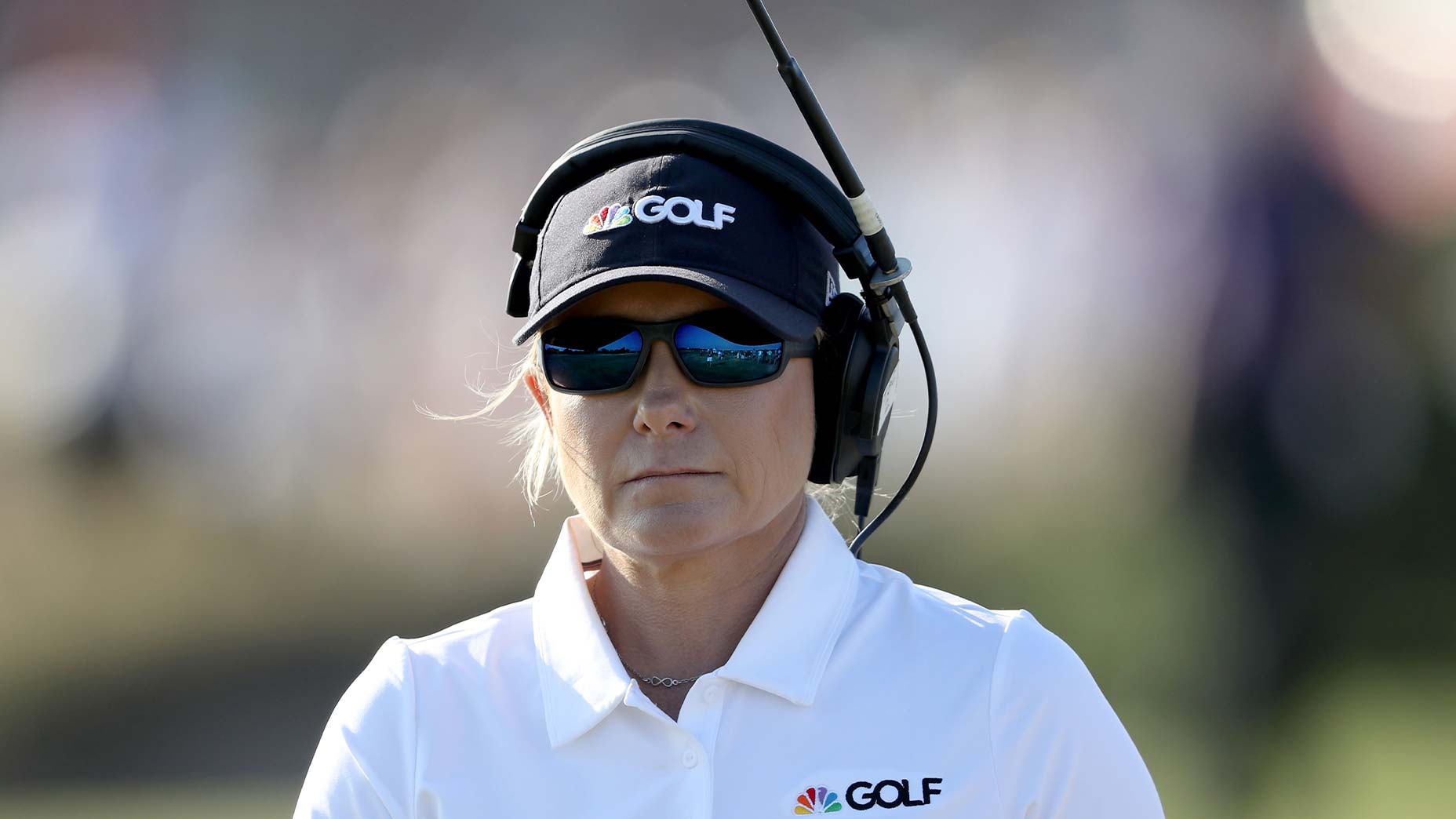 Karen Stupples will be part of NBC’s crew from the US Women’s Open.

SOUTHERN PINES, NC – Compared to the broadcast bonanza that will soon grace the US Open, NBC’s booth at the US Women’s Open is modest.

As the heat index crept well above 100 degrees on Wednesday and Thursday, Golf Channel broadcasters could be spotted beading with sweat from their open-air location. NBC’s crew was in better spirits, largely because their booth was protected – and hidden – in its cubby near the 18th green.

This week, many of the voices and names you’ve come to associate with NBC will not be present during the network’s wall-to-wall coverage from Pine Needles. Dan Hicks, Roger Maltbie and Paul Azinger – three staples of the PGA Tour product – will be replaced by Terry Gannon, Morgan Pressel and Tom Abbott.

It might not look like it, but this is the scene from inside NBC’s most important broadcast of 2022.

At the US Women’s Open, NBC will have seven hours of live, nationally televised coverage – a figure representing 25 percent of the total network hours seen by the LPGA in 2021. Last year, the remaining four women’s majors saw just one more hour of network television combined.

The broadcast schedule is a development of particular significance to the women’s game, which has found itself in a relentless battle for network television hours and, most importantly, the eyeballs that come with them. For a sport in pursuit of boosting both its national interest and its economics, national television hours are like oxygen – a fact understood by everyone on the grounds at Pine Needles.

It should come as no surprise that Nelly Korda (blood clot) and Danielle Kang (spinal tumor) battled their way back from serious injuries in order to compete. For the women, the tournament isn’t just about the largest purse in history or the glory of a major championship, it’s also about sending a message to the rest of the sports world. A message that sounds something like this:

But the burden of not only fall on those involved in playing in the tournament, it also falls on those showcasing it to the world.

“I think we all feel a tremendous responsibility to cover women’s golf in the best light possible,” said Karen Stupples, who will handle tower work for NBC. “Obviously you want to watch golf for entertainment fact, but I think a lot of the entertainment comes from the competition, and it comes from the play that the players are displaying, and how we describe their play and their shots and what they’re actually doing it on the golf course. ”

Stupples and Co. admit freely their hope is to be part of the solution for the women’s game, but that role isn’t as simple as playing cheerleader.

“It’s one thing to want to present it in the most fresh and entertaining fashion, but in doing so, not to take away from the competition, not to take away from describing the golf the way it should be described,” said longtime women’s golf commentator Jerry Foltz. “Because the credibility doesn’t come from us telling you how great they are. The credibility comes from them showing you how great they are, and all we can do is set it up and describe the action. They should be appreciated for their skill more than anything else, for how incredible they are, how tough they are down the stretch, so many of them. If we become cheerleaders for women’s sports and women’s golf, that becomes quite transparent. ”

Earlier this week, Foltz stepped away from NBC in order to join LIV Golf’s TV coverage. But his point rings true: for the ladies, the path to growth isn’t through favorable coverage, it’s through truthful coverage.

“I think the actual growth of the fan base comes from people appreciating the quality of play,” Foltz said. “Because each one of us will tell you how great the quality of play is until we’re blue in the face, but until you understand what goes into these shots, what goes into their emotions, what goes into winning a major championship against probably the deepest pool of talent women’s golf has ever seen, that’s where you become a fan. Because it’s a different game than the men’s, but in many, many aspects they play a far better game than the men because they have to. ”

For NBC at the US Women’s Open, the stakes are new, but the job sure isn’t.

“I think we need to focus on what we’re doing as broadcasters,” Tom Abbott said. “But I think we certainly feel a responsibility in entertaining the audience and producing a great product, and I feel like a group we do that.”