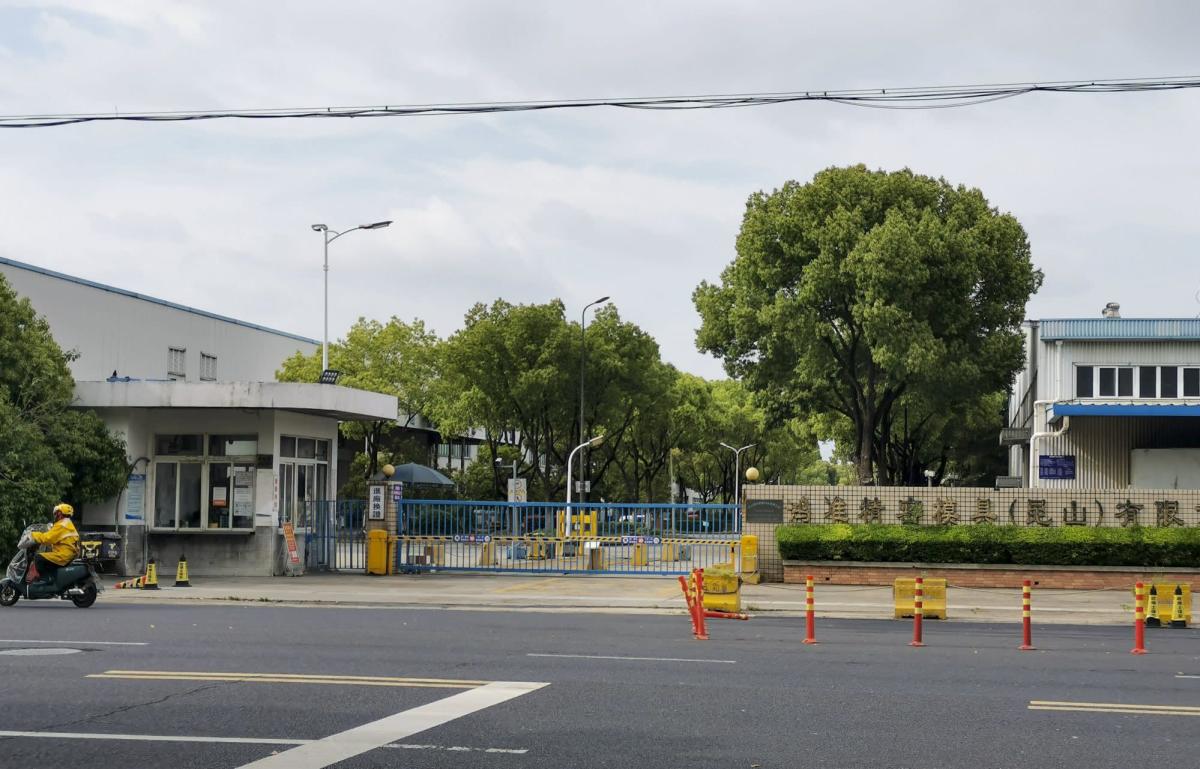 Foxconn Technology Group, the world’s largest electronics contract manufacturer and Apple’s prime supplier, has halted production at two of its factories in the eastern city of Kunshan, putting further strain on the US technology giant’s supply chain in mainland China.

Operations have been suspended since Wednesday last week after new Covid-19 cases were reported at the two plants, where employees are confined to dormitories inside those campuses, according to two workers at the affected factories, who declined to be named because they are not authorized to speak to media.

Those two dormitories have been put under strict lockdown, according to a statement by local government authorities on Thursday.

Do you have questions about the biggest topics and trends from around the world? Get the answers with SCMP Knowledge, our new platform of curated content with explainers, FAQs, analyzes and infographics brought to you by our award-winning team.

The affected Foxconn plants, located at Dianfa and Fuhong in the northern part of Kunshan, are two of four manufacturing campuses operated in the city by the Taiwanese firm, formally known as Hon Hai Precision Industry. Located in the eastern coastal province of Jiangsu, Kunshan is home to many factories run by Taiwan-based electronics companies.

The sudden halt of operations at the two Foxconn plants last week came after Kunshan authorities were expected to ease travel restrictions and allow manufacturing activities to resume in the city.

Earlier last week, the local government gave the go-ahead to an initial batch of 60 companies to reopen their production facilities. Kunshan, with a population of 2.1 million, started a citywide lockdown earlier this month to contain the spread of the Omicron variant and counter possible spillover from Shanghai, which has been battling its worst Covid-19 outbreak.

Kunshan is about 51 kilometers away from neighboring Shanghai to its east. On Friday, Kunshan reported 23 new Covid-19 cases, up from single digits a week ago.

Foxconn’s decision to suspend operations at its two plants in Kunshan marks a setback for the Apple supplier, which managed to continue production during the citywide lockdown by implementing a “closed-loop” system that confines employees within its campuses.

That move also put Apple’s supply chain network in mainland China on edge, as a few other contract manufacturing partners in the country have stopped production because of Covid-19 restrictions.

Foxconn did not immediately reply to a request for comment on Saturday.

The company was expected to help make up for the supply of iPhones and iPads in China after two other Taiwanese Apple suppliers, Pegatron Corp and Compal Electronics, halted production at their factories in Kunshan, according to Ming-Chi Kuo, an analyst at TF International Securities who follows Apple, in a recent post on Twitter.

“A complete resumption of production [in Shanghai and Kunshan] may not be possible until late April or early May, “Kuo said in his tweet.

Foxconn earlier in March suspended operations at its factories in Shenzhen after China’s tech hub in southern Guangdong province imposed a citywide lockdown to battle a surge of Omicron cases. Foxconn restarted some production in the city under a closed-loop system two days after it halted operations there.

Foxconn established its first plant in Kunshan in 1993 as part of the firm’s expansion in the Yangtze River Delta, a megalopolis that comprises areas of Shanghai, Jiangsu and the eastern coastal province of Zhejiang. Tens of thousands of workers are employed by Foxconn in Kunshan, where its cumulative revenue since 1993 has reached about 290 billion yuan (US $ 44.6 billion), according to a People’s Daily report in 2020.

The same report said more than 5,300 Taiwanese companies – including Wistron Corp and Luxshare Precision Industry – have contributed about 30 percent to Kunshan’s annual gross domestic product as of 2020.