If you’re a fan of the Classic Pink Sugar Cookie at Crumbl Cookies, you’ll want to stop by this week before the staple leaves the weekly menu. “But don’t worry, Pink Sugar will be back again someday!” the bakery said in a post on social media. With its departure, Crumbl will offer five specialty flavors every week. Milk-chocolate chip still has its secured spot on the menu. 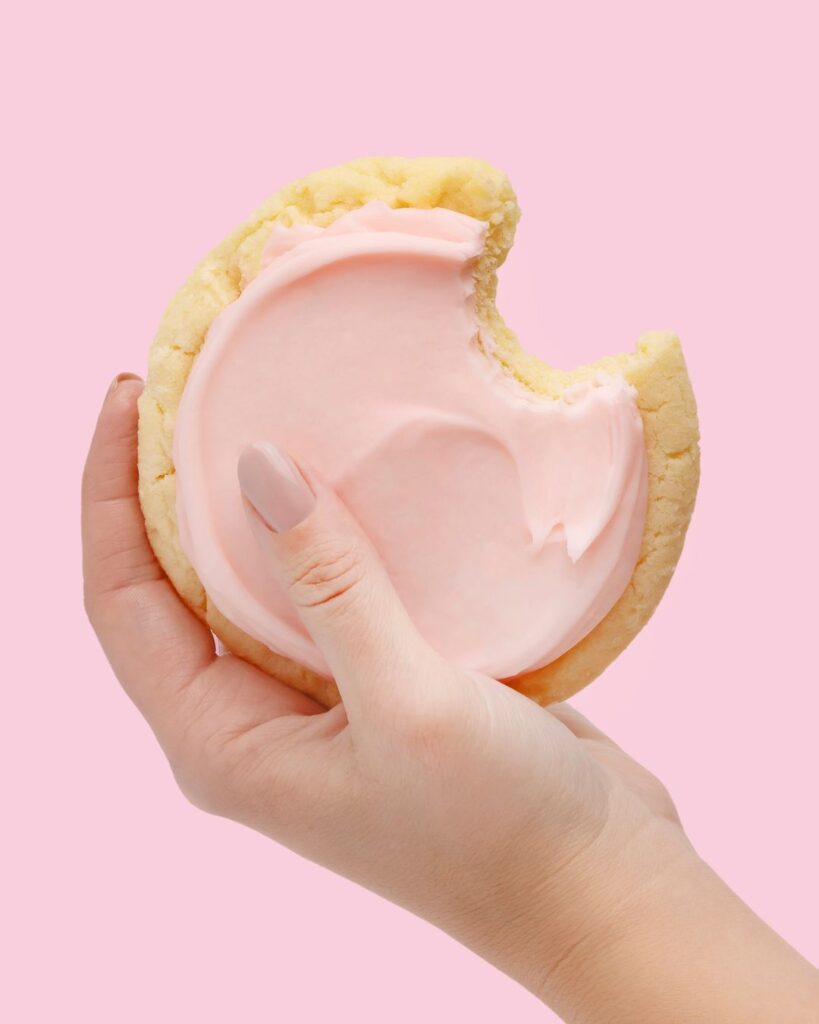 Because we know this subject love affair with Twin Bing candy bars, we’d be remiss if we didn’t point out that they’re part of the featured menu this month at Oh My Cupcakes. The bakery has been making featured cupcakes with Twin Bing flavors for some time, and now there’s a cake. The Bing a Ling has the bakery’s signature chocolate cake with chocolate ganache and crushed peanuts between the three layers. It’s frosted with cherry buttercream, dripped with ganache and topped with Twin Bing candy bars. Orders require 24-hour notice. The cupcakes are available every Tuesday and Saturday through April 30.

The new Randle’s Kitchen on the east side of downtown is offering a late-night menu on Saturday nights. It’s open from midnight Saturday to 3:30 am Sunday, serving food that will appeal to the late-night bar crowd. There’s everything from burgers and tacos to wings and chili cheese fries. The restaurant at 114 N. Indiana Ave. also recently got its beer license, so that’s available until 2 am 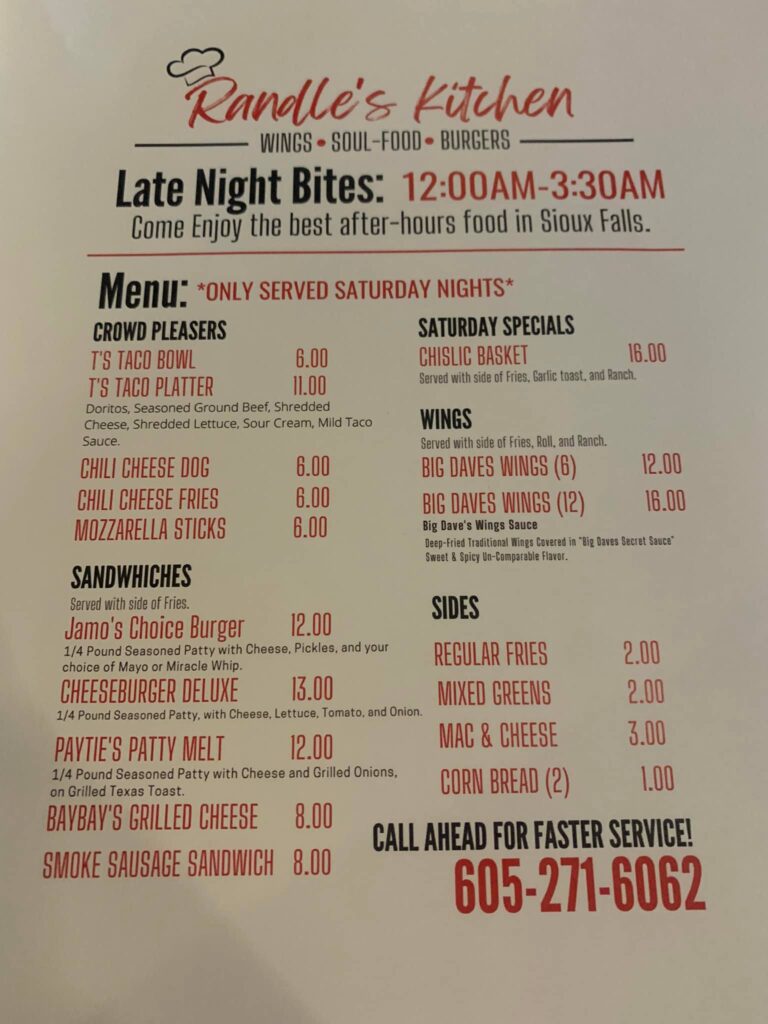 Like alligator meat? It’s the attention-grabber of Let It Fly’s new featured menu. Get four large strips of alligator that are rolled with onions and bell peppers and breaded with a Cajun panko crust. It’s then drizzled with chipotle ranch and served on a bed of celery slaw. It comes with two side dishes. The menu also includes a flatbread caprese, monte cristo sandwich, Southwest chicken salad and a fresh berries cheesecake. 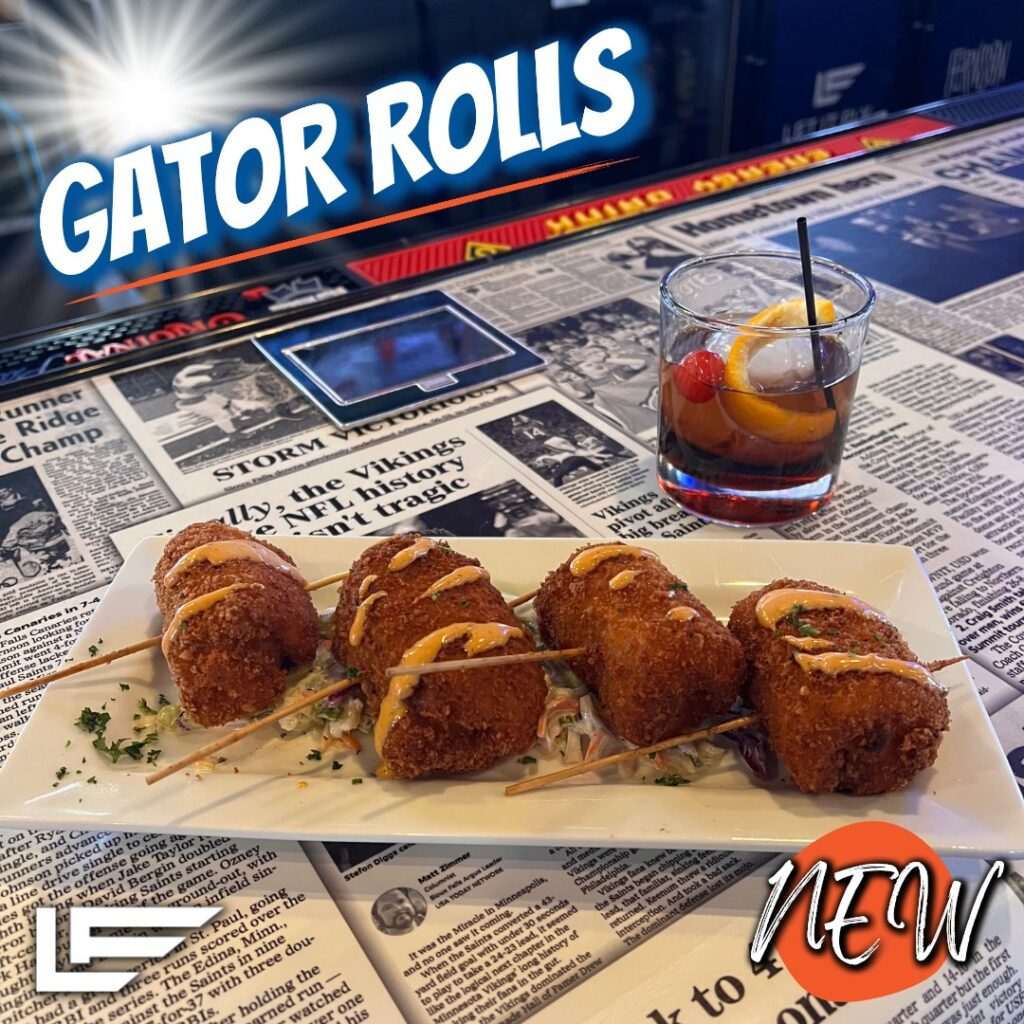 Sub Zero Desserts opens for the season Friday at 501 E. 41st St. with two new treats. Dole Whips will be offered in different flavors every week, and boba tea will be sold in three flavors: classic black tea or chai tea, both with brown sugar boba, or strawberry black tea with popping strawberry boba. All the other shaved ice, rolled ice cream and frozen treats are back this year. Sub Zero’s hours will be 2 to 9 pm daily. All treats are half-price on opening day. 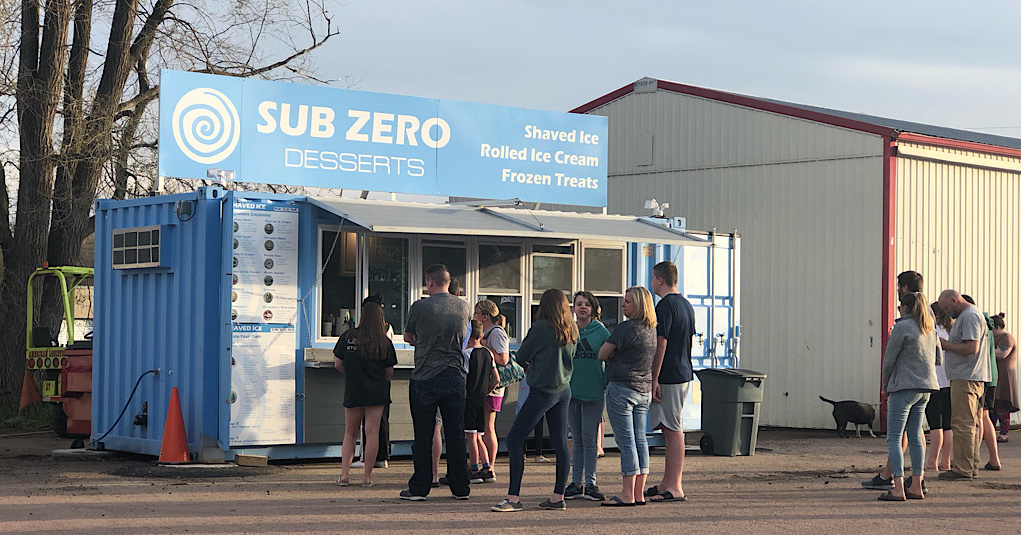 You’ve got about a month to get carnival food in Hartford before Rose Zeig starts her season on the road. Opening day was today. The Hartford resident spends her summers traveling mostly in the Midwest with Merriam’s Midway Shows and her Midway Cafe food stands. Two years ago, she spent the entire summer working in town after so many events were canceled because of the COVID-19 pandemic. She spent a few weeks in town last spring as a kickoff to the season, calling it a way to thank her hometown for that support. One of her stands features corn dogs, funnel cakes, burgers, hot dogs, chili dogs, nachos and fresh-squeezed lemonade. Zeig added the second stand last year and started out selling popcorn but said she discovered it wasn’t that lucrative and switched to mini-donuts. It also serves shaved ice and fresh-squeezed lemonade. The main stand will be open from noon to 7 pm Thursdays through Sundays. The mini-donut stand will open at 3 pm Fridays and will follow regular hours on the weekends. Find her pop-up carnival food court on Western Avenue between First and Second Streets through May 15. 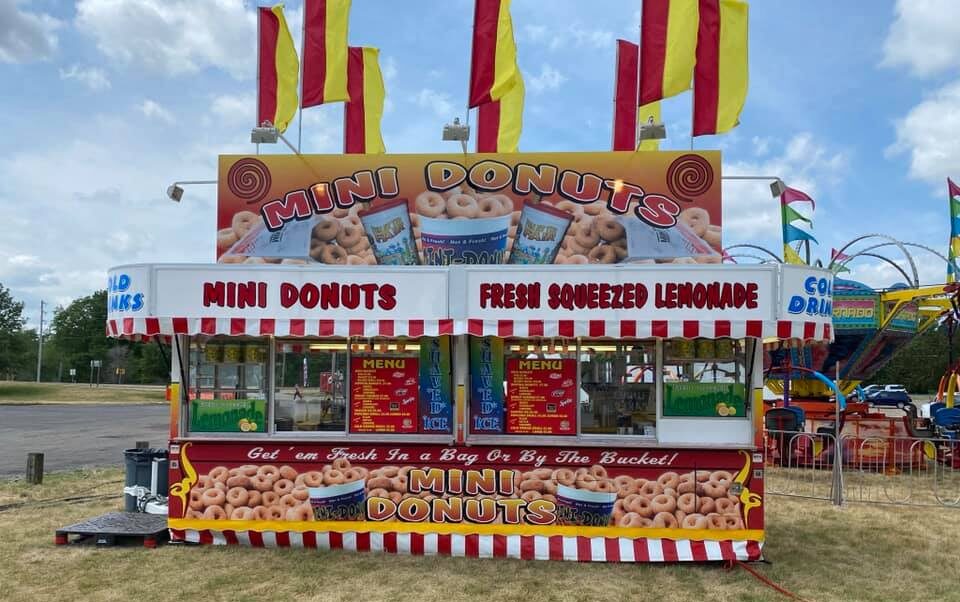 Coffea Roasterie’s location at Dawley Farm Village is hosting a fundraiser Sunday for Ukraine. Stop by from 2 to 4 pm to sample Ukrainian desserts, listen to a Ukranian choir and hear stories from refugees. There will also be a silent auction and donation opportunity with all funds going directly to refugees. The coffee shop is donating all proceeds from drink sales. 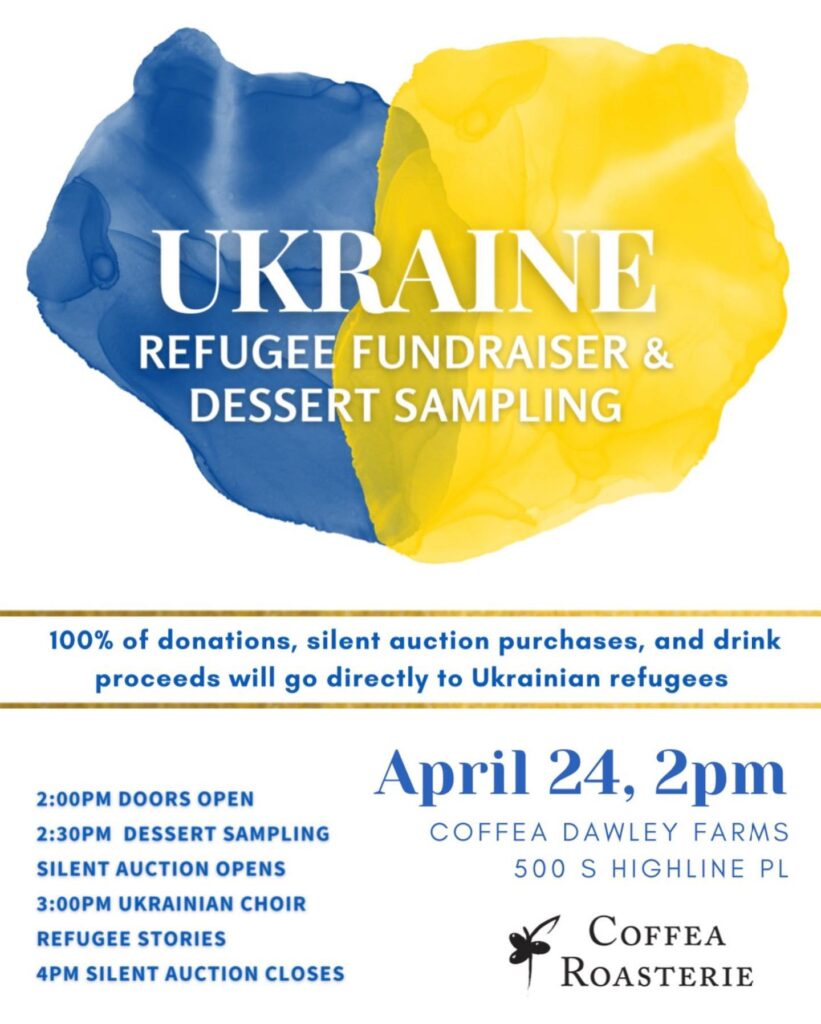 And congratulations to Coffea! It has been named the best coffee roaster in South Dakota by Food & Wine magazine, which traveled across the US to research the list. “Before many states on this list had coffee worth talking about, this favorite Sioux Falls was not only traveling to the source, but doing great work with whatever they were shipping home too,” the article says. The business started in 2009. The recognition is the magazine’s second nod to the city – last month, The Breaks Coffee Roasting Co. was named the state’s best coffee shop. 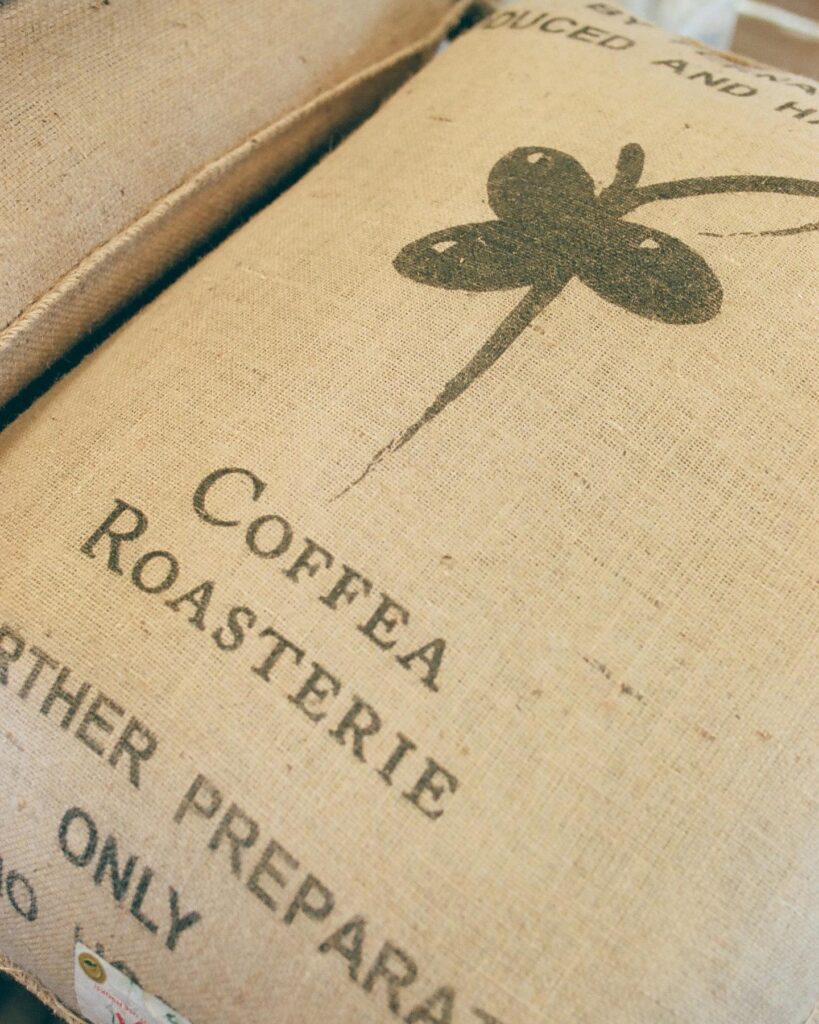 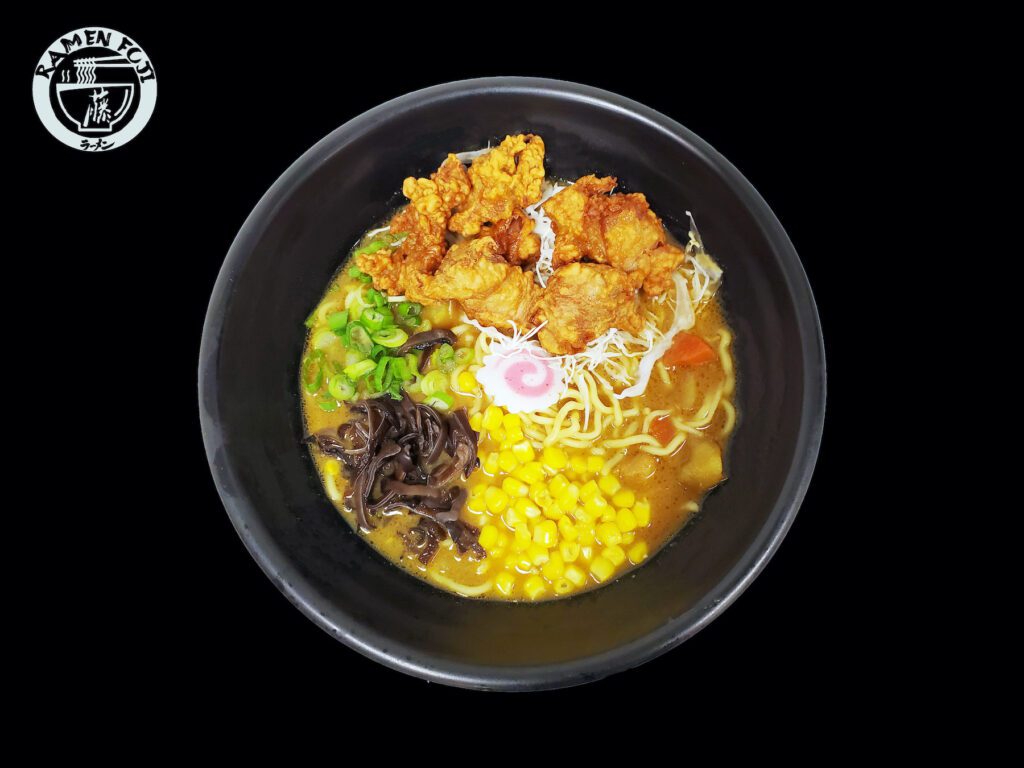 Poppy’s Popcorn Co. started offering a “movie night special” during the early months of the pandemic when many people were hunkered down at home. It has been a while since the shop offered the deal, but owner Nathan Bertsch is bringing it back this weekend and calling it “the Bob special” in memory of his uncle, who died Saturday. Bertsch said in a social media post announcing the special that his uncle was a person who changed his life for the better. Bob Reilly was the person who told him that Poppy’s was for sale a couple of decades ago and allowed him to sell popcorn balls on the counter of his gas station to help him get established. The movie night special – one large bag each of cheddar, caramel and regular – is $ 12.95 plus tax, and $ 10 of each sale will go to Reilly’s family to help with funeral expenses. The special is good through Saturday or until Poppy’s runs out. Stop in to the store at 41st and Spring from 10 am to 6 pm or order online. 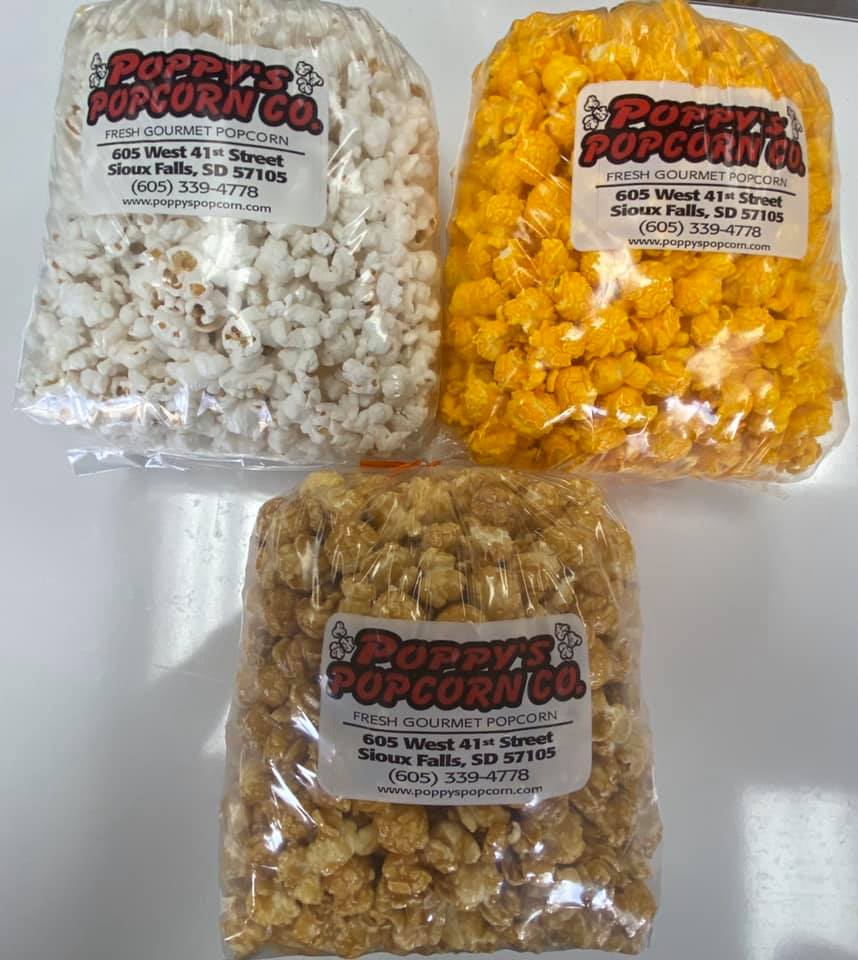 With five Saturdays in April, Sioux Falls Food Tours will be using the final date for its Going to the Dogs tour. Every stop on the three-hour walking tour that includes Sioux Falls history will be open to dogs, who will get their own treats. Humans get the food and drink. The price includes food at four to five stops and two alcoholic drinks – with the option for nonalcoholic too. Register for the April 30 event at sufufoodtours.com. 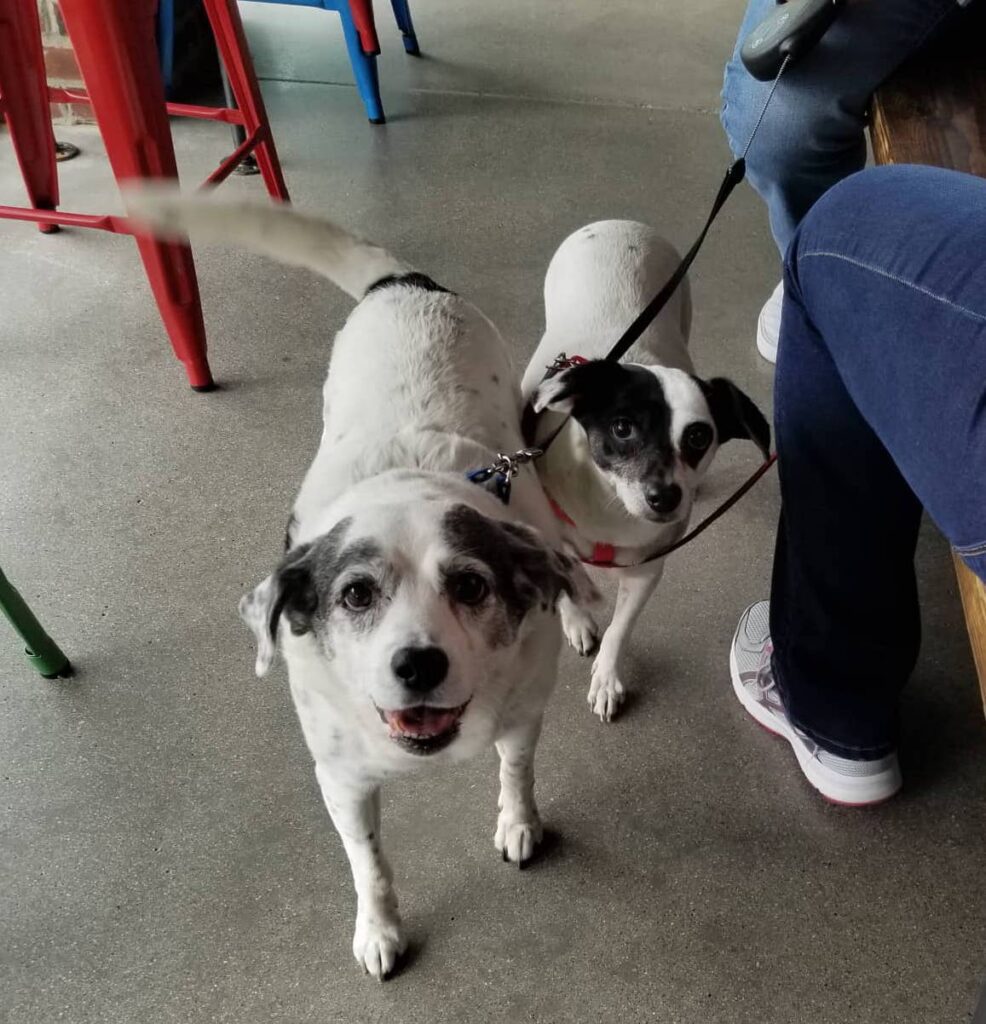 Kingbird Coffee Shop in Brandon opened on Sunday for Easter, and because of customer interest, Sunday hours are now being offered. Hours are 6:30 am to 1 pm Sunday and Monday, and 6:30 am to 6:30 pm every other day of the week.

Here’s other food and drink headlines from the past week.

Love food trucks? Here’s your complete guide to the 2022 season