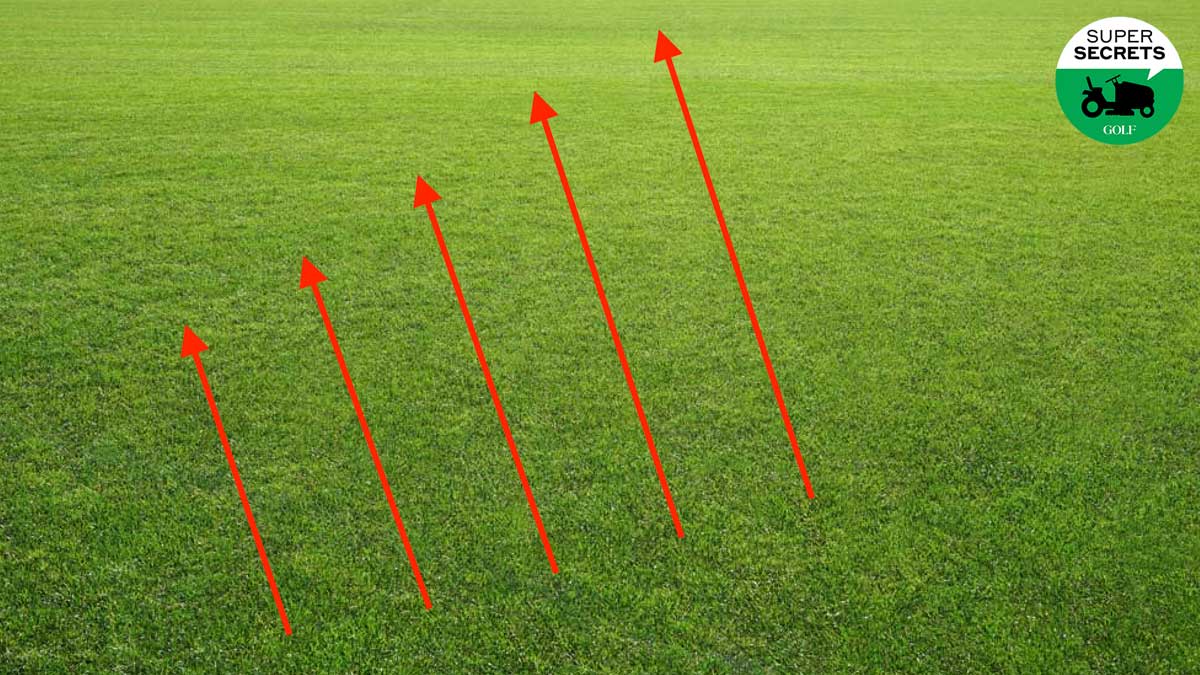 Grain is the tendency of grass to grow to one side or another rather than upright.

On PGA Tour broadcasts, the word grain comes up so frequently it could be a prompt in a college drinking game.

Was that the grain that got him, Dottie?

But for all we hear about it, most of us don’t know much about grain. What, exactly, is it? Does all turf have it? How do superintendents feel about it? What can they do about it? Is it as big a factor as commentators make it seem?

Rodney Hine is the superintendent at Boston Golf Club, in Hingham, Mass., And the inventor of TurfTrainer, a brushing system designed to create smoother playing surfaces.

We asked him to get granular with us on grain.

Picture turf doing the limbo, and you’ve got the idea. Grain is the tendency of grass to grow to one side or another rather than upright. Not all types are the same in this regard. Grain is more prevalent in lateral-growing varieties, such as bentgrass and Bermuda, but less so in vertical growers, such as poa annua and fine fescue, which can have little to no grain.

Other influences on grain

Sunlight. Shade. Water. Fertilizer. All can have an influence on the amount of grain in grass. But Hine says he’s yet to identify a fixed rule for every situation. “There are just too many variables to come up with a sweeping statement,” he says. “I’ve been fooled too many times before.”

How grain affects your short game

The phrases with the grain and against the grain exist for a reason. When you’re putting with or chipping into the grain, the ball rolls faster, and, to quote Bugs Bunny, vice versa and the other way around. Grain can also influence the amount of break in a putt or chip. Grass thickness and stiffness are also relevant considerations: the larger and more rigid the leaf blade, the grabbier grain gets.

How big a factor is grain?

It depends. Not just on the type of turf but the quality and consistency of maintenance practices. While grain is often more prevalent than some superintendents would care to admit, it’s also not always the large and looming factor that TV broadcasters make it out to be. On a championship course, say, primped for a big-time tournament, the greens are so well-cared for that the grain is minimal, Hine says. They’re also mown tight for competition, further minimizing any potential grain.

Some use hand brushes. Other goes with large mechanical groomers. Or some combination of the two. Light verti-cutting can minimize grain. So can switching up the mowing patterns.

At Boston Golf Club, Hine and his crew change direction by 45 degrees each time they mow. Methods and frequency vary depending on range of factors, including turf type, time of year and maintenance budgets.

Vigorous grooming and verti-cutting can be rough on grass, causing harm if employed repeatedly without giving the turf time to recover. That’s what inspired Hine to invent the TurfTrainer, a less abrasive mat-like device that allows superintendents to brush their turf more rigorously without risking damage.

Is grain a factor on your own lawn?

You can certainly see grain in your yard by looking for dark and shiny swaths. But it’s not much of a factor. Unless your yard is a putting green. Still, mixing up your mowing patterns is recommended for the health of your grass.

A golf, food and travel writer, Josh Sens has been a GOLF Magazine contributor since 2004 and now contributes across all of GOLF’s platforms. His work has been anthologized in The Best American Sportswriting. He is also the co-author, with Sammy Hagar, of Are We Having Any Fun Yet: the Cooking and Partying Handbook.