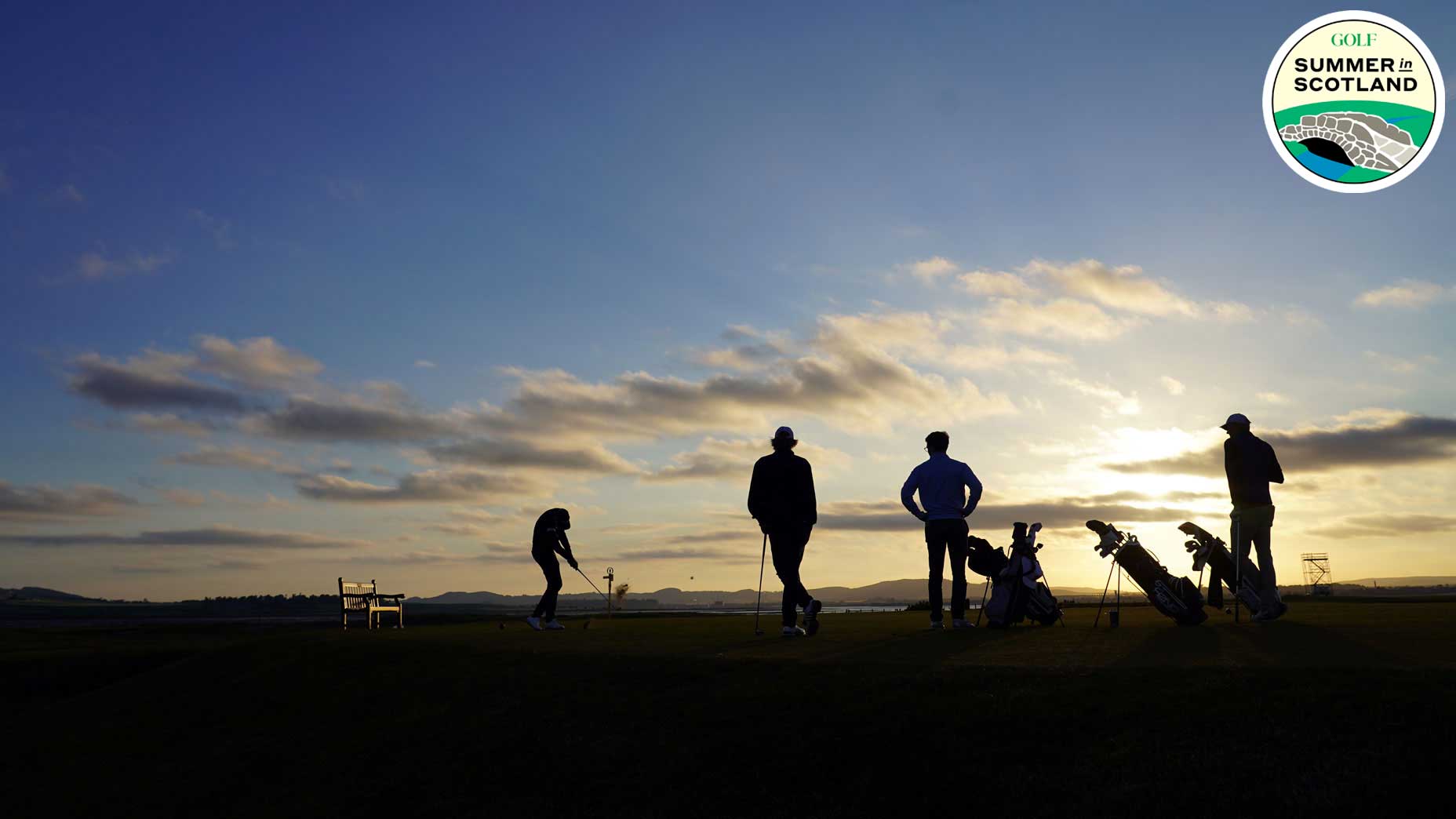 Want to fall in love with St. Andrews? Walk the Old Course at dusk.

ST. ANDREWS, Scotland – As you walk through town, here in St. Andrews, the accents begin to change. The closer you get to the Old Course, the more Americans you hear. More Australians, and Kiwis. Canadians, too. Everyone visiting, it seems, is pulled by golf gravity toward Tom Morris’s greatest artwork.

For the same reasons tourists feel compelled to visit Mona Lisa in Paris, St. Andrews visitors feel compelled to encroach upon The Old Course, and often for the same purpose: just a look. It’s a natural thing to do in a town of about 20,000, but it’s also the smartest thing you can do as a visiting golfer. Stop here first and spend at least an hour, but maybe six. I’ve made it a daily duty. You can learn a lot just by watching.

Things as simple as your intended target off the 1st, the loneliest gorse bush there ever was, out in the distance. Your target on 18, some four hours later, is the big clock behind you, atop the R&A building.

The R&A just had it’s exterior railing re-painted in time for The Open, with that classic navy blue. The Old Course Shop’s balcony facade, about 50 yards away, was getting a facelift, too. In-between duties, workers snuck glances at approach shots into 18, because golfers can’t help but watch other golfers play. It’s the same reason when you hit a bad shot on the range – your first instinct is to peek around to ensure no one was watching. People are always watching.

Not only is it okay for golfers to drink this view in, it’s best served with a drink in hand. The pro move is clearly grabbing to-go pints from the nearby Dunvegan Bar. No one visits Pinehurst or Pebble Beach just to watch.

A couple weeks ago, if you watched into the night, you would have caught Euan Smith’s magical 71 and the tee-ball on 18 that bounced three times on the road before somehow trickling back onto the course. He made par from there, for his first under-par round on the Old. It took him 91 tries to do it, as a four-year student at St. Andrews University. “I almost cried,” he said, when that ball came back into play. Do the golf gods live on The Links road? They just might. Tom Morris basically died there, falling down the steps of The New Club.

It’s from those bay windows inside The New Club that lies one of the best views of the action at the Old. Spend an afternoon in there and you’ll realize just how frequent tee shots do end up on the road. You can basically stumble – and I’m sure many have – out of the New Club right onto the 18th fairway. Same for the St. Andrews Golf Club and the St. Rule Club (ladies only). Their members are the lucky ones who possess a Links Ticket, and can make tee times mostly uninhibited year-round. They’ll tell you about the switch that flipped the first week of May, when St. Andrews turned from a college town, once again, to golf utopia. Students moved out of the dorms and golfers move in.

In the run-up to the 150th Open Championship, demand for tee times couldn’t be greater. The course has been hosting more corporate outings than usual, which last week meant a group of influencers. TikTok-ers, as one course marshal called them, taking parkour leaps and twirls over the Swilcan Burn.

But even with 12 hours worth of tee times, the search for one of them is a bit chaotic in the final 11 days before it shuts down for a month. Visitors are lining up earlier than ever the night before to sleep comfortably on the pavement or in the parking lot just to ensure a tee time. Considering it might normally be a midnight or middle of the night commute, one golfer began waiting at 7 pm last week. A father and son joined him at 8 pm, followed by another two at 8:30. They snuck comforters and pillows out of their hotel rooms, and laid sleeping bags down on top of yoga mats. I found the bunch at 5:30 am, sheltered from the wind whipping off the sea. Temperature: 45 degrees. Feel: a lot colder.

Thirteen hours later, I walked the Old for the first time since I arrived, and despite having seen it in 2018, I was surprised how much I had forgotten about the property. Like how massive the shot-rejecting hump in the 2nd green is. Or how pins tucked back right on 3 sit in a tiny bowl. Or how there’s a wicked gully before the 5th green, you’d better carry it. Or that, on 12, no matter how many bunkers you think are in the fairway, there are definitely more. You can’t see them from the tee, one caddy reminded me, so “just wail away with driver,” he said. Act like they aren’t even there. All great notes for a course I won’t play for another 10 days. Now that they’ve been published, perhaps I’ll even remember them.

I’d like to commemorate this trip with biweekly appreciations of tinier things in town that help explain life in St. Louis. Andrews, some of its simplicities, intricacies, and things you’d otherwise miss (when pulled toward the golf). For starters, we have these dynamic street signs.

Now you’ve seen it – the very first photo I took upon arrival: a pic of the ‘Elderly People’ sign that I lovingly sent to my parents. A few things I love:

1. The words Elderly People is not enough. We must make these people look elderly. Give the man a dog! The figures are way more animated than their rigid American counterparts.

2. This feels like the equivalent of the “SLOW, Children Playing” signs found in residential neighborhoods across the States. Only these feel more bustling. More lively. They certainly get the point across more.

In fairness, the signs do feel necessary. Roads are skinny here, with cars parked everywhere. My neighborhood is on the outskirts of town, where many elderly locals and families live. I hope they’re reading along.