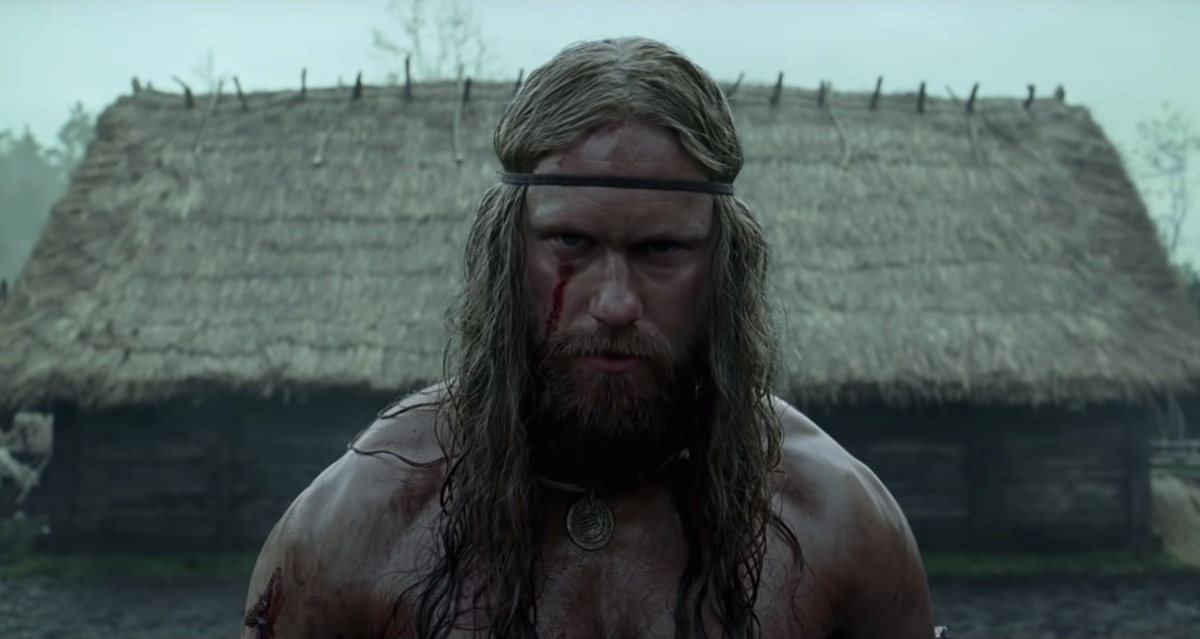 “The Northman,” a violent epic of Viking revenge, is not a good movie. It’s like “Gladiator” without the Colosseum and with a stubbornly uninteresting hulk avenger hero. (It also drags on 45 minutes longer than it should have.) A lot of critics have overpraised the movie because they feel invested in the career of Robert Eggers, the maverick indie director who made the spectral Puritan horror film “The Witch” (2015). ) and the even more impressive two-men-in-a-lighthouse gaga period fever dream “The Lighthouse” (2019). I’m invested too. I share the Eggers enthusiasm – he’s a major talent.

Yet as much as “The Northman” is a medieval Iceland saga decorated with fire, gore, mud, folklore hallucination and random gobs of mystic Norse weirdness (not to mention the kinkiest element of “Hamlet” kicked up a notch), I only wish I could say that the film fails because it goes over-the-top with all that stuff. Three years ago, “The Lighthouse” felt steeped in the strangeness of the 19th century, with Willem Dafoe’s gnarly, burning-eyed, raving-old-sea-dog performance as a kind of human time machine. In “The Northman,” the tall-tale trappings are displayed with fetishistic solemnity, but in the end they’re just window dressing.

A handful of critics have nailed the movie for what it is, notably Peter Debruge in his Variety review, so I feel no need to pile on. What I want to add to the dialogue is that when I watched “The Northman,” I felt like I was seeing two movies at once. The first is the disappointing one, the one that gives you glimpses (though not nearly enough of them) of the eccentric, eye-opening vision of the Viking world you wanted from Robert Eggers. The other is the stolidly conventional, well-crafted-in-a-plodding-way tale of brawn and wrath and revenge that “The Northman” is in its bones. I thought to myself: I’ve seen this movie before. It’s the one that “Conan the Barbarian” wanted to be 40 years ago.

Eggers has indicated that he was forced to compromise his vision due to both the pandemic and the demands made in the wake of it by Focus Features, the studio behind “The Northman.” But without being privy to much detail of what those creative battles were about (one was that he wanted to shoot the entire film in Iceland but couldn’t and had to sub in Ireland with CGI), you have to wonder: How much was “ The Northman ”really hurt by studio dictates given that the dullest aspects of the film sit at the very heart of it?

I liked the early scenes with Ethan Hawke, who brings a squalid humanity to the role of King Aurvandil. But the first place I could feel the movie going wrong was in the flamboyantly brutal sequence in which the king’s son, Amleth, having matured into the brooding muscleman oarsman played by Alexander Skarsgård, takes part in the ransacking of a walled-in village. It’s Eggers’ big raping-and-pillaging set piece, and there’s no denying that it’s staged with a viciously effective, all-in-one-shot bloodthirsty choreographic panache, the camera tracking Amleth through the village as he smashes his sword into anyone who comes his way, or maybe lops off a limb or two, approaching each victim as if he were bludgeoning a mosquito. He is, in a word, invincible. We’re meant to register all that and think, “Cool.”

But wouldn’t an authentic Viking saga make its bruiser hero seem a tad less indomitable than the Mighty Thor? The destruction-of-the-village scene isn’t shot like an exciting combat sequence; it’s shot like a video game. And this is more than a matter of action logistics. It also reflects an ideology, a kind of might-makes-right reductionism that leaves us not so much excited or devastated as hiply aloof. The people Amleth is killing are innocent. Shouldn’t we feel something besides extreme video-game awe at what he’s doing? Somehow, I don’t feel as if the choice for how to shoot that sequence was forced upon Robert Eggers. Nor do I think the executives at Focus ever gave him a note that said, “Robert, how many times have we talked about this? You have to make your hero less interesting. ”

Coming after “The Lighthouse” and “The Witch,” what “The Northman” reveals about Robert Eggers is that he’s perfectly capable, on his own, of dreaming up an epic action movie that hits all the time-honored notes of market testing. True, “The Northman,” which took in just $ 12 million this weekend (on a reported production budget of $ 90 million), is no blockbuster. But it’s a movie that proves, beyond the shadow of a scythe, that Eggers has the ability – and, if he sands it down enough, the commercial vision – to direct blockbusters of ponderous conventionality. In “The Northman,” he’s not making so much of an indie movie that doesn’t work as a pumped-up studio feature with indie trimmings. He looks to me like he’s walking right into the mainstream metaverse.

There’s a whole category of gifted directors who try to bring their sensibility to bear upon the kind of genre material that used to come with Roman numerals after it – and more often than not, what happens is that they wind up being swallowed by it. By the end of this year, David Gordon Green will have made three “Halloween” movies, and to what end? The first one, at least, was effective nostalgia (it was like “The Force Awakens” of faux-’70s slasher trash), but basically what David Gordon Green has delivered is the box office grosses. (Next up for Green: rebooting “The Exorcist.”) Of course, there are directors who fulfill themselves in embracing their inner B-movie geek of overkill, like Justin Lin, who became the key author of the “Fast and Furious” series . And there are filmmakers who know how to envision the blockbuster ethos on a grand scale, like Ryan Coogler, of “Black Panther” and “Creed.” Maybe Robert Eggers will be one of them.

But what “The Northman” tells me is that while I want Eggers to take stock after this movie and to go back to making films like “The Lighthouse,” what I could easily envision happening instead is “The Northman,” in its fusion of high kinesthetic competence and dramatic shortfall, acting as a calling-card film. It’s not a good movie, but it’s a failure made with chops. It’s made, in an odd way, without enough true drama to get in the way of the chops. The film doesn’t so much skimp on emotional resonance as slaughter it. It’s just numb enough to mark the kickoff of a whole new career.