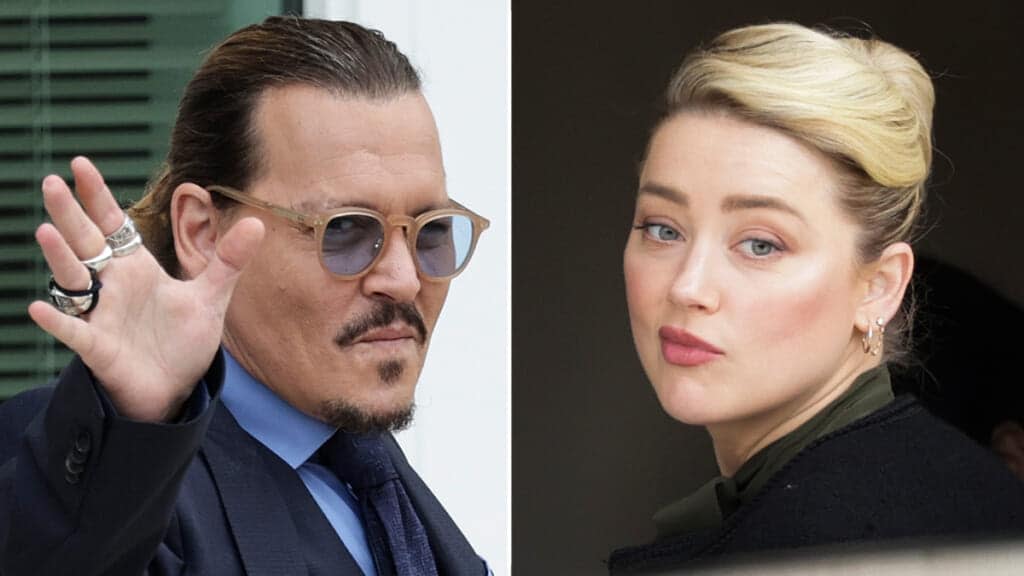 Johnny Depp’s win in his defamation lawsuit against ex-wife Amber Heard stunned legal experts, one of whom said he had never seen such a PR-related turnaround in his 20-year career.

Another said the verdict delivered a renewal of confidence in the jury system.

A seven-person jury in Fairfax, Virginia, awarded Depp $ 15 million on Wednesday, after finding Heard defamed him in a 2018 Washington Post op-ed by saying she was a victim of domestic abuse. Depp in turn was ordered to pay Heard $ 2 million related to her counter-claims in the case.

“Notwithstanding this high burden he had to meet, this was really a complete and total vindication for Johnny Depp,” former federal prosecutor Neama Rahmani told TheWrap.

Depp lost a similar defamation suit against British tabloid The Sun in November 2020. Rahmani called the results of that case a “complete and total failure” for Depp, but noted the actor made an “epic comeback” in his case against Heard.

“This is the most extraordinary legal and public relations comeback of my 20-year legal career,” Rahmani said.

“Amber Heard was not likeable and she was not credible,” said Rahmani, who believes the jury saw through Heard’s claims about facts not pertaining to abuse. He said the “Aquaman” actress “exaggerated injuries” and lied about “donating the $ 7 million she received to charity when she didn’t. Leaking the video to TMZ and tipping them off – she claimed it didn’t happen when it was obvious it did. ”

During the trial, executives from the ACLU and Children’s Hospital Los Angeles testified that Heard has yet to deliver the full amounts she pledged to the organizations from her divorce settlement.

Additionally, Heard’s attorneys claimed they had a mountain of evidence that Depp was abusive. However, Rahmani said pictures shown in court did not match the description of the injuries she described. “So, the jurors punished her and they punished her by rejecting all of her claims,” ​​Rahmani said.

The jury awarded Depp $ 10 million for compensatory damages and $ 5 million for punitive damages. Although Judge Penney Azcarate said Depp’s punitive damages would be capped, “In accordance with law, I will amend the award to the statutory cap of $ 350,000 for Depp’s award.”

The jury found that Heard defamed Depp and acted with malice when she wrote, “I spoke up against sexual violence and faced our culture’s wrath. That has to change. ” They also decided that Depp was defamed by Heard’s statement, “Then two years ago I became a public figure representing domestic abuse and I felt the full force of our culture’s wrath for women who speak out.”

Still, the jury agreed with Heard that Depp’s former attorney Adam Waldman was acting as an agent of the “Donnie Brasco” actor when he told the Daily Mail, “Amber Heard and her friends in the media used fake sexual violence allegations as both the sword. and the shield. ” Jurors found the statement was defamatory and awarded Heard $ 2 million in compensatory damages but gave her zero for punitive damages.

Christine Scartz, a clinical assistant professor at the University of Georgia School of Law, said the case renewed her confidence in the jury system because jurors “listened through the noise” to arrive at a decision.

Still, Scartz said the jury’s decision could have long-term ramifications for other domestic abuse victims.

“Just the idea that if you come forward and speak your truth you may be subject to intense scrutiny for everything you have ever done and that scrutiny could lead folks to conclude that you have fabricated some of your allegations,” Scartz explained.

She added that victims of domestic violence often recant allegations of abuse when police are called, they become uncooperative and refuse to seek treatment. She noted signs of abuse are not always visible. “All different definitions of domestic violence encompass much more than black eyes, bruises and those sorts of visible indicators. So, it really diminishes the definition of domestic violence to say that if I can’t see that your nose is broken than everything else you’re telling me has to be false, ”Scartz said.

“What will be remembered by a lot of people is the absolute, just devastation on Amber Heard’s face when she was describing the things that happened to her,” she said. “And what will remain for perpetrators is the idea that I can make this a threat now. I can say, you go ahead and tell whoever you want but I’m going to make sure that every awful thing you’ve ever done and every vacillating moment you’ve ever had regarding this relationship will be a matter of public discourse. ”

The Los Angeles-based attorney also believes the location of the case made a huge difference in deciding the trial’s outcome. He noted that the First Amendment laws in California are more favorable for defendants. Citing the state’s “Anti-SLAPP” statute, which allows a defendant to seek the dismissal of a complaint at the beginning of a lawsuit, Rahmani believes the case would likely have been dismissed in California.

The case spanned seven weeks with 24 days of testimony. Rahmani believes the trial was so long because the court was not in session most Fridays and there was a week-long break. He also called the trial “unique” in that it’s usually “difficult to prove intimate partner violence” but Depp and Heard had a lot of people around them like live-in friends and security who testified in the case.

Also Read:
Johnny Depp Just Killed the Hollywood Celebrity (With a Little Help From Will Smith)

Another reason the case dragged on was because it dealt with damages and actors don’t work 9-to-5 jobs where lost income is easier to determine. “Their income is very speculative so you needed lawyers, entertainment experts, social media experts, agents” and medical experts whose testimony is often very detailed.

In Rahmani’s opinion, Depp’s rebuttal witnesses were the strongest including Kate Moss, LAPD officers who responded to a call for help but didn’t see signs of abuse and the Seattle airport officer who testified Heard was being abusive towards her ex. “Those are sort of independent witnesses that jurors say, hey this isn’t someone that’s Heard’s sister, this isn’t someone that’s on Depp’s payroll they don’t have a vested interest in the case and those tend to be the most credible witnesses , ”Rahmani said.