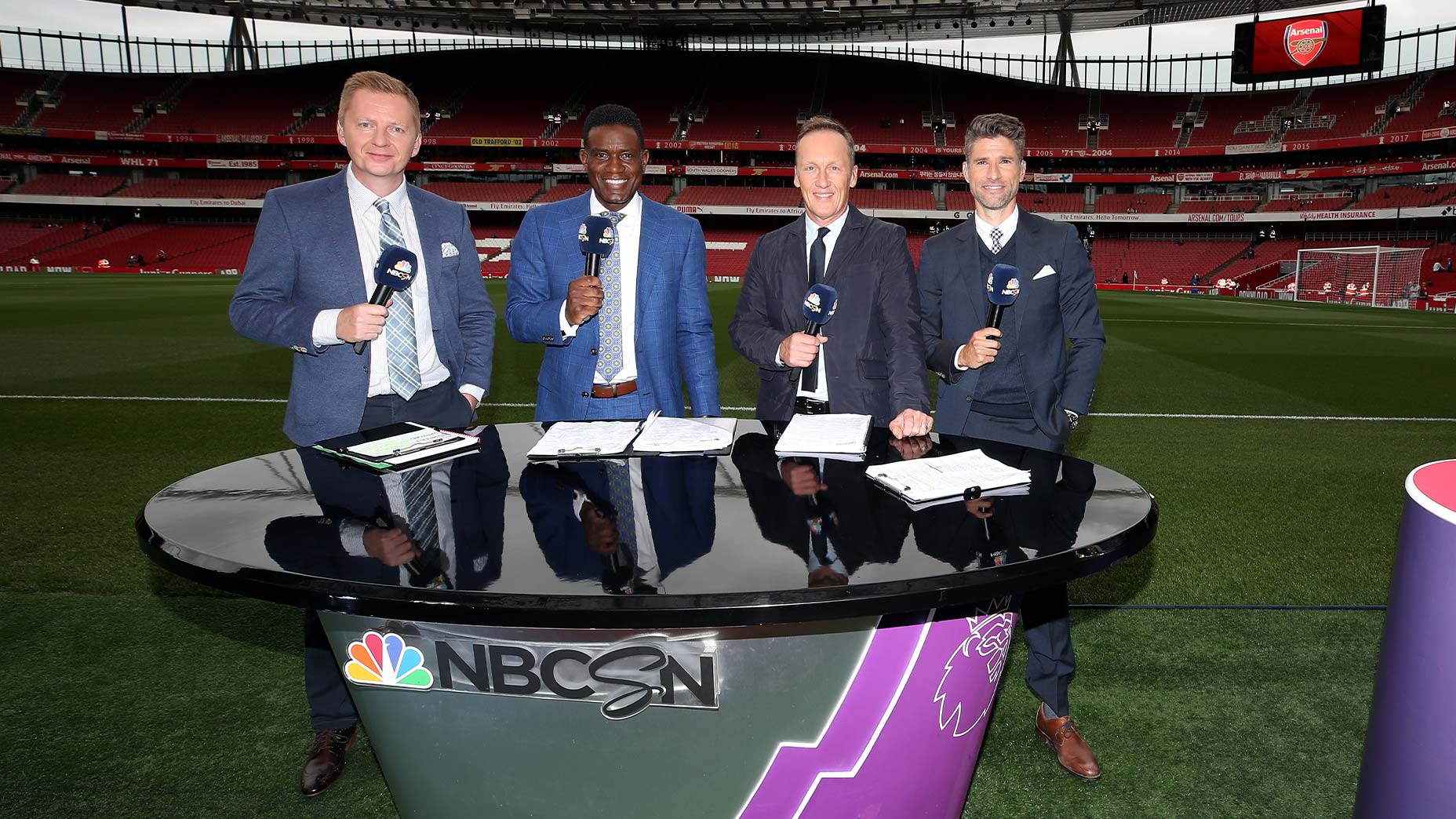 The LIV Golf broadcast lineup is officially official, and the vision is bold.

On Monday, the Saudi-backed golf league announced the details behind its broadcast offering, revealing the team that will be responsible for bringing its nascent golf product into the homes of viewers via the league’s current broadcast partners, YouTube and Facebook.

On the mic, Arlo White will serve as LIV Golf’s lead commentator. The 49-year-old Brit recently announced his departure from NBC, where he has been a mainstay over the last decade as the lead voice of its Premier League coverage. White is perhaps best known in the US for his role on the Emmy-winning AppleTV show “Ted Lasso,” for which he serves as the play-by-play voice for the show’s fictional team. Outside of soccer, White’s work at the BBC included play-by-play at the Olympics, the Cricket World Cup and the Super Bowl.

White will be joined by a group of analysts highlighted by Jerry Foltz, the longtime NBC Sports LPGA commentator who abruptly departed the network before its coverage of the US Women’s Open. Foltz and White will lead coverage from the main tower alongside Dom Boulet, a former touring pro on the Asian Tour, in which LIV Golf owns a controlling stake. On the course, former pro-turned-commentator Su-Ann Heng and long-drive champion Troy Mullins will serve as reporters.

Behind the scenes, coverage will be run by Steve Beim, a longtime producer / director whose work in the industry has spanned multiple networks and more than 20 years, most recently handling FOX Sports ‘US Open coverage and Turner Sports’ The Match. Beim has worked in close concert with legendary Fox Sports executive David Hill, who joined LIV Golf as a consultant in January, to shape the image for LIV’s broadcast.

“We’ve talked about golf over the years, obviously, and the way it’s covered. What [LIV Golf CEO Greg Norman] wants to do is to create what we see as the most exciting golf television ever, ”Hill told GOLF.com in January. “I like all my productions to have the audience leaning forward. And I feel that when people are watching golf, they’re leaning back. ”

To execute that vision, Beim and Hill have crafted a broadcast featuring more than 50 cameras spread out over “16 different towers, drones, and mobile steady cameras, with tracer technology highlighting the action,” according to a release. But perhaps the biggest innovation is in how the broadcast will sound. Microphones – more than 60 of them – will be implanted from tee-to-green on every hole, including on every player and caddy, in an effort to bring viewers closer to the action. Scott Schreer, the longtime Fox Sports composer, was also responsible for writing the score that will serve as LIV Golf’s official music.

“The LIV Golf broadcast will be unlike anything fans have seen before,” Will Staeger, LIV Golf’s chief media officer, said in a release. “The innovations we are introducing to the sport will be distributed to existing and new audiences all over the world as we deliver golf coverage dedicated to entertainment and access.”

And the broadcast might have to be unlike anything fans have ever seen. Despite its telecast star power, LIV was unable to find a network broadcast partner to pick up its early events, striking out with network execs who are typically overly happy to shell out major cash for new and innovative forms of live sports coverage. Instead, LIV will be leaning on the streaming power of YouTube and Facebook to reach golf audiences.

On the course, players committed to the event – which is later this week at the Centurion Club in London – spent the weekend offering free ticket codes to fans. But ultimately, the size of the crowds won’t matter much to LIV executives if it means that millions are tuning into their broadcasts. After all, television, or streaming, is the primary way the overwhelming majority of golf fans follow the sport. And with just days to go until its first broadcast, LIV Golf is betting big.