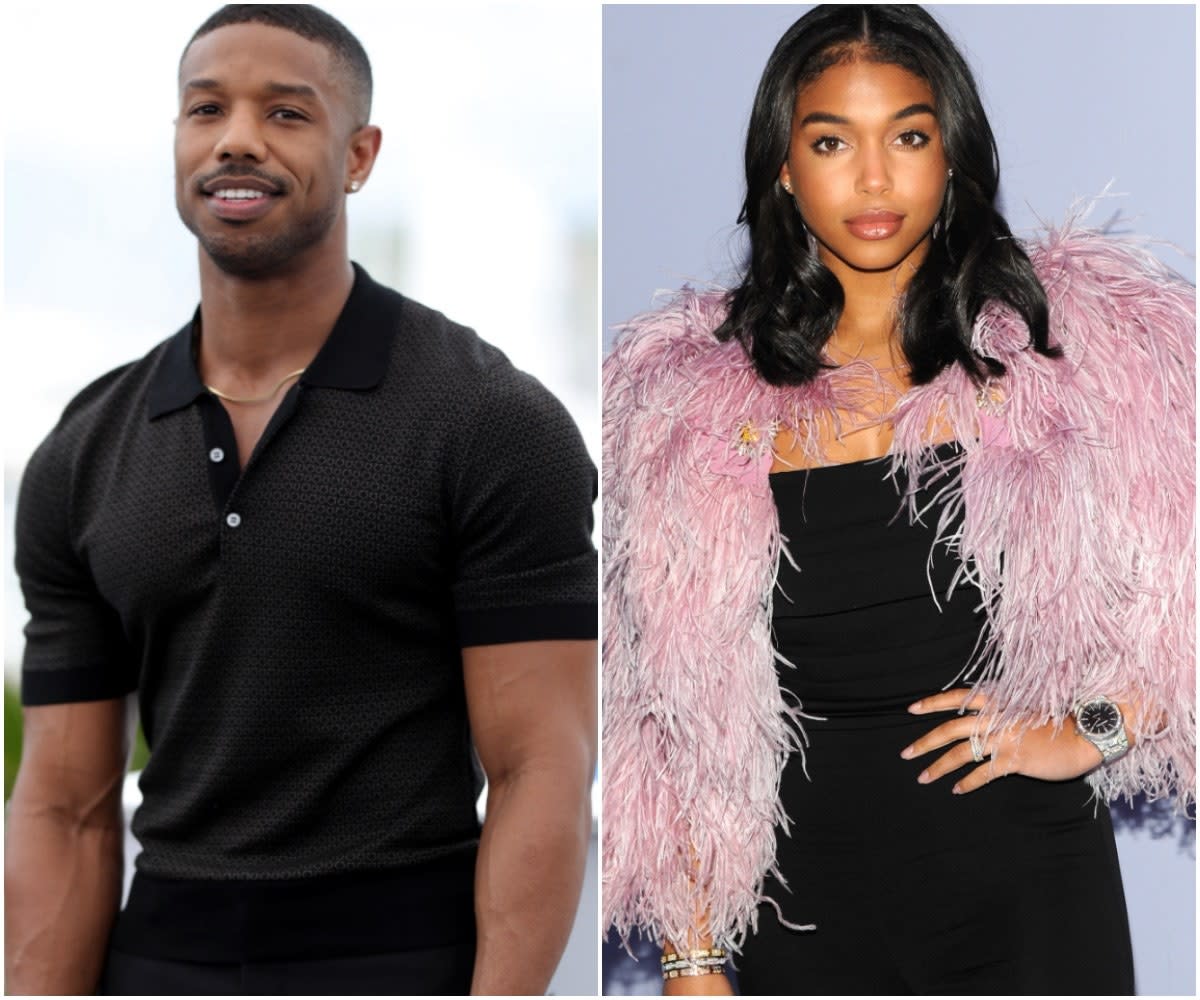 While the rest of us impatiently waited out the worst cuffing season in history, Lori Harvey and Michael B. Jordan were cozying up and making us all jealous. The couple made a strong early case for the biggest celebrity hookup of 2021, and they’re still going strong as we head into 2022. Here’s everything we know about Lori Harvey and Michael B. Jordan, from their earliest meeting to now:

November 2020: TMZ spots Jordan in Atlanta at the end of November 2020, when rumors started swirling that he was seeing Harvey. The Sun. catches them together in Salt Lake City for New Year’s Eve. We’re pretty sure that’s where they had the photo shoot that led to

January 2021: The model and the Black Panther star make things public just after the new year, posting some pictures on Instagram. In his, they embrace among the holiday lights; in hers, we got a smile. As the kids say, a new celeb couple just dropped.

Just a few days later, Lori Harvey turned 24 in the snow and was showered with affection (and snowflakes) by her boyfriend. The moment was posted for posterity along with a video showing the two of them playing around.

Not long after, they got the Steve Harvey stamp of approval. “I like this one. I still got my eye on him, ”Lori Harvey’s dad said on The Steve Harvey Morning Show. “I mean, I like him, but like I say to all of ’em,’ I might like you, I might approve of you, but I got a thumb-size section of my heart filled with nothing but pure hatred for your ass . Just in case I need it. ‘

In late January the couple jetted off to St. Bart’s, where they were spotted riding wave runners and hanging out on a yacht (with her parents). On January 24, Jordan posted a couple thirst traps to the ‘gram and credited Harvey for taking the photos. She commented “mine” with the tongue emoji, and he replied with a smiley face. If that doesn’t scream “This is for real,” we don’t know what does.

February 2021: While celebrating his 34th birthday, they both drop the L-word. “Happyyy Birthdayyy Nugget,” she wrote on Instagram on February 9. “I love you baby … hope today has been at least half as special as you are.”

“Thank you baby loveI love you too,” he replied in the comments.

Obviously, the couple killed it on Valentine’s Day. Private tour of the aquarium and dinner by Nobu? Check.

On February 18, Jordan shares a few snaps of him and Harvey on a night out, writing, “I love you baby.”

April 2021: Jordan and Harvey try to shield their relationship from the media, but he can’t hide how happy he is in an interview. “I’m still private, and I want to protect that, but it just felt like it was a moment of just wanting to put it out there and move on,” he said when speaking with People. “I am extremely happy.”

The Creed actor continued, “I think when you get older, you feel more comfortable about the [public nature] of the business that we’re in. So for me, it was a moment to, I guess, take ownership of that and then get back to work. ”

May 2021: On May 27, Jordan posts a picture of the two of them in color-coordinated outfits to his Instagram Stories, which Harvey reposted with the caption “LOML” (or Love of My Life). Harvey mixed and matched her prints, pairing a floral top with animal-patterned pants, while Jordan opted for a two-tone suit. The pair share a stylist (aww?), Jason Bolden.

July 2021: On July 9, Harvey shares a steamy makeout video from an infinity pool in some romantic location. “Thank you God. Cap, ”she captioned the post, which has since been deleted.

August 2021: The pair enjoyed a date night at Craig’s restaurant in West Hollywood on August 20, but dinner wasn’t the only treat Harvey had her eyes on. She shared a video of Jordan drinking water to her Instagram stories, writing, “Delicious 🤤😍.”

November 2021: Around one year after rumors started swirling about their relationship, the couple spent the holiday with her family, including father Steve Harvey. “We start eating early in the Harvey household,” she captioned her Instagram Story, per People. On another video of Jordan, she wrote, “Fat ass over here got 3 plates @michaelbjordan 😂.”

December 2021: On the final night of 2021, Harvey shares a boomerang of her and Jordan dressed for the occasion, according to People. Alongside the video, she wrote, “Babydaddy.”

January 2022: On the first day of the year, Harvey shares a video on Instagram composed of a series of clips from 2021, many featuring her boyfriend.

March 2022: Early in the month, Steve Harvey was asked how he’d feel about the pair tying the knot. “Man, this is a hard one. I’ve given away two daughters. I’ve got four. That’s a really hard one. I would have to say so far — yeah, yeah. No, no, no, man, ”I replied People. Then he took a gulp of his drink.

June 2022: On June 4, People reports that Michael B. Jordan and Lori Harvey have split. “Michael and Lori are both completely heartbroken. They still love each other,” a source told the publication. “Michael matured a lot over the course of their relationship and was ready to commit for the long term. He let down his guard with her, opening up emotionally in a romantic relationship for the first time.” The source added, “They had great times together and brought out the best in each other.”

As of June 5, Harvey has seemingly deleted all photos of Jordon from her Instagram feed and neither Jordan nor Harvey follows the other on Instagram.