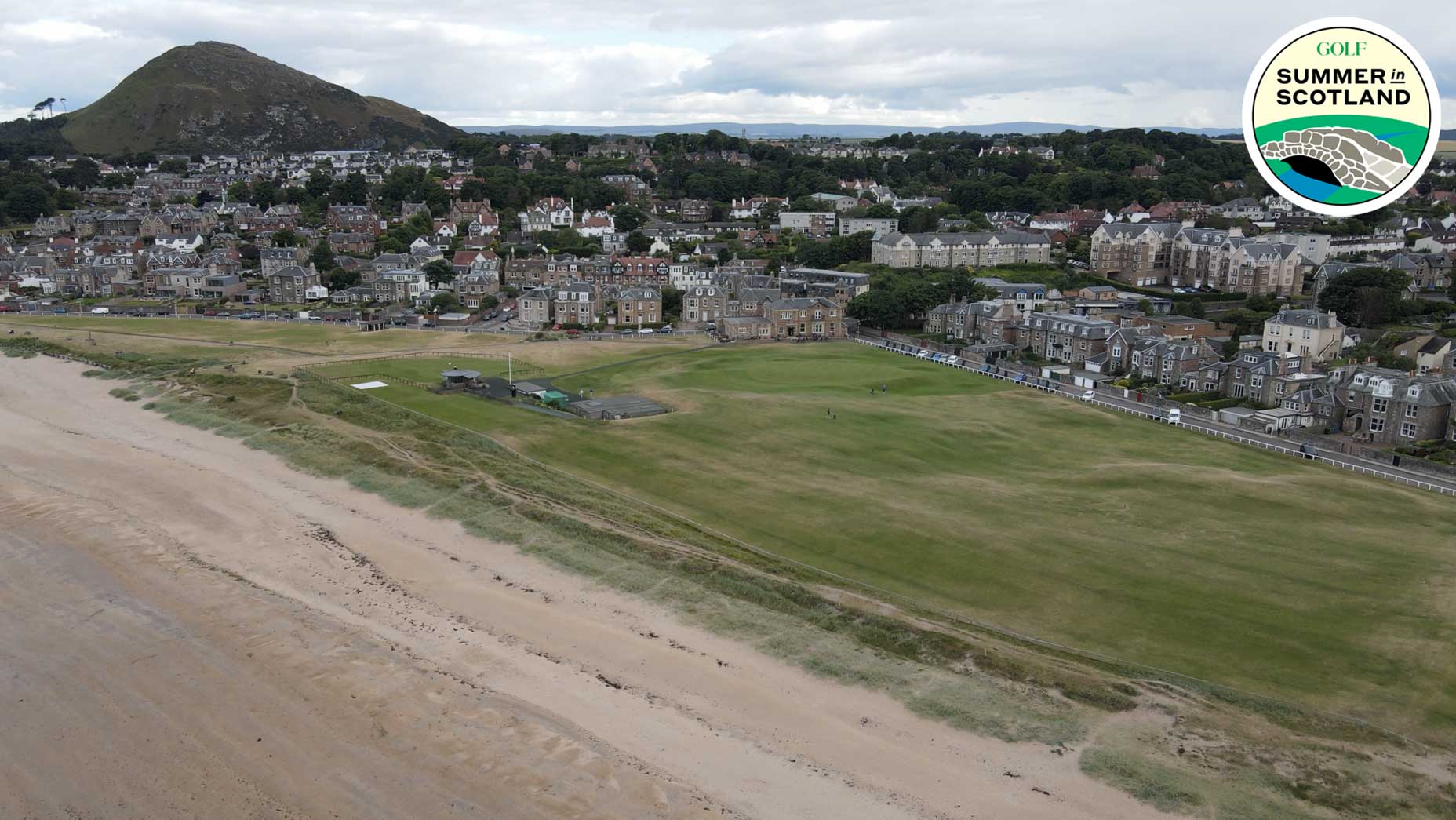 North Berwick is a lovely, simple golf community worth copying.

NORTH BERWICK, Scotland – You couldn’t blame Luke List for trying. He had spent all week walking past the 18th hole at North Berwick’s West Links, perhaps the most tempting hole in all of Scotland. The par-4 plays 277 yards to the center, a smidge downhill with a deep valley that crosses the front edge of the green. List had stood on the tee just moments earlier, 4-iron in hand, five under, needing eagle for a share of Trevor Immelman’s course record.

Whether it was nerves, the beers, or the fact that his rather meaningless match had suddenly gotten really tight, he made his worst swing of the day, a weak cut that kicked and ran on the firm turf crossing into the car park. It came to rest about 15 inches from a silver sedan, the car’s body directly in his path to the hole.

His solution was preposterous: Sting a long iron punch shot underneath the vehicle’s underbelly, racing up the valley and onto the green.

That, of course, failed. When the ball emerged unsuccessfully on the other side of the hatchback, List picked up his pride, punched the next shot into play, and made double for 67. His creative spirit earned a round of applause from the members enjoying dinner and pints on the patio . Among them was Keith Mitchell, who had moseyed his way over for a pint in the sun with his sister, just hours after finishing his third round at Renaissance Club, four miles away.

You missed Luke trying to pla—

Sitting around the corner was Brian Vranesh, a former Tour player and Si Woo Kim’s caddy, who played the course three different times this week. In List’s group was Joel Dahmen, the people’s champion golfer of the year, who won his match as a result of the vehicular double bogey. Chris Kirk and his family stopped by, headed to dinner in town. And not long later, the same from Russell Knox, headed home from dinner. Such has been the case this week for some of the best players in the world, enjoying North Berwick, the perfect golf community.

How often does a scene like this take place in regular Tour life? I asked Dahmen.

“Never,” he said. “Luke obviously isn’t playing the local country club after a missed cut at the John Deere.” But Scotland is different. Just ask Max Homa, who shot 71 to make the cut at Renaissance Club Friday morning, only to then loop all 18 holes Friday afternoon at North Berwick.

Just a lob wedge away from the real thing is the West Links Putting Green, open to the community. They’ll supply you putter and balls, if you don’t have any yourself. With a solid pace of play, the 18-hole loop will take just 30 minutes and cost just £ 3.5. The Stimpmeter need not apply here. Charming cottages across the street make you consider an immediate downpayment.

In the opposite direction is the Marine and Lawn hotel, where most of the field stayed the week. It looks out over the West Links, the body of water known as the Firth of Forth, and the Wee Course, perhaps North Berwick’s greatest gift of all. The rules are simple: this 9-holer is for juniors. Admission for adults is okay, too – greens fee: £ 5 – but only when accompanied by a child. (Yes, a handful of restless broke the rules one night, playing a three-hole loop after midnight and multiple beers.) Earlier in the day I crossed paths with Jim Nantz, out for a stroll. He had two things on his schedule: call the third round of the Scottish Open, then return for dinner and a 9 pm trip around the Wee Course with his 6-year-old son, Jameson. About eight hours later, Dad could be seen holding up his end of the bargain, sneaking down the stairs with a putter and wedge.

Unlike Muirfield, the much more exclusive club up the coast, North Berwick allows visitors six days out of the week, every day but Saturday. And the going rate of £ 200 is as affordable as any of them get. Martyn Huish, the head pro, is bound to greet you. His father was the head pro before him, keeping North Berwick in the family for more than 40 years. His grandfather was head pro at nearby Gullane, another course pros have been testing out in their off time this week.

If you get lucky during your visit to the West Links, you’ll stumble upon Catriona Matthew, 2021 European Solheim Cup captain who calls North Berwick home. She could have watched List’s finishing double from her living room. Her husband, Graeme, loops for anyone and everyone at the West Links, including Keith Mitchell earlier this week, just for fun. Head pro Martyn went to grade school with Catriona. Everybody knows everybody, it seems.

As I inspected the starter shack, I wondered aloud to Martyn if he seemed to understand it the way I did. That there’s something incredibly special about a big course and a tiny course and a community putting green. About pubs like The Golfer’s Rest and The Ship Inn that stream the golf every weekend. I wondered if Martyn agreed that golf communities elsewhere should be jealous.

He shrugged with a smile.