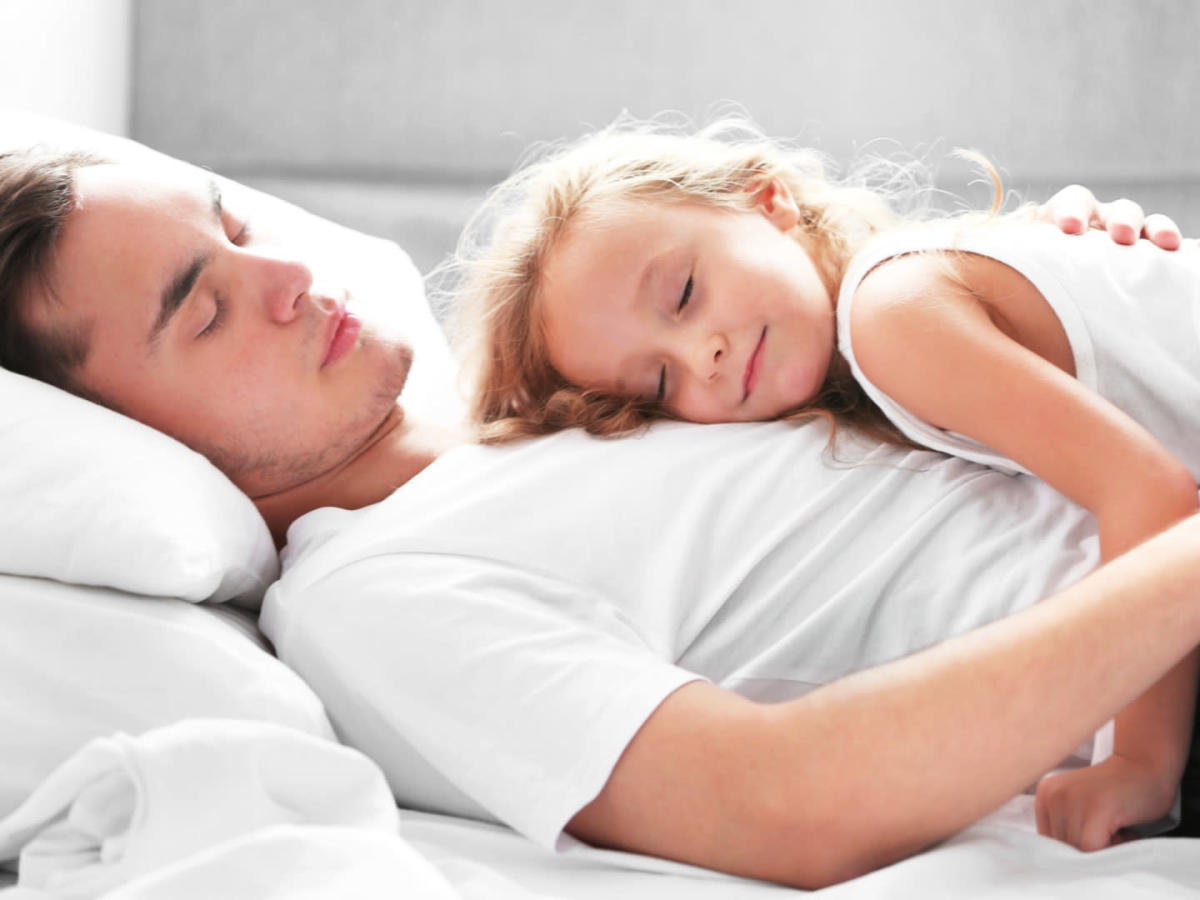 There’s no doubt that co-parenting can present some unique challenges, and most parents who are separated or divorced want to do everything they possibly can to minimize the impact on their kids. But in Reddit’s popular “Am I the A ** hole” forum, one separated mom is wondering if she went too far… and Reddit is definitely weighing in.

“Our daughter got sick while on vacation with her dad a few months ago and now whenever she’s upset she wants a specific parent to comfort her and it’s impossible to get her to calm down if you’re not the parent she wants,” she began . “A few nights ago, she woke up at 2am after having a nightmare and wanted her dad. We’re separated and don’t live together, so I did try to calm her down myself first, but she was getting more and more distressed. Eventually I caved and called my ex to ask him if he could come over to comfort her. ”

So far, still reasonable. A lot, but then again, parents will go to great lengths for their kiddos’ comfort… and we all know kids aren’t exactly the most logical in their demands.

“He came over and managed to get her back to sleep but because she was sleeping on him, he didn’t want to move in case he woke her up again. He asked me to wake him up by 8am as he was supposed to be leaving for a vacation with his girlfriend a few hours later, ”she continued. And then, the kicker: “I asked him not to go because I was worried our daughter would want him while he was away. After discussing it, he agreed not to. ”

Wait, what? She asked her ex to scrap his entire vacation mere hours before departure because his daughter might want him sometime within the next few days… and he agreed? Kids want a lot of things – candy for breakfast, a much later bedtime – but sometimes, when those things just aren’t realistic, you’ve gotta set some boundaries.

Understandably, his girlfriend was pissed. “A few hours after he left, the girlfriend called me as she was upset I had asked him to come over at 2am and because he canceled their vacation at the last minute because of me,” the mom wrote. “She told me I was acting like a jealous ex-wife and accused me of using our daughter to control my ex which isn’t true.”

Now, we understand how it feels to see your child upset: terrible. But going to this length to pacify their daughter, to the complete disregard of the dad’s vacation (not to mention, his girlfriend) who were looking forward to it, only teaches the daughter that it’s easy to get what she wants, regardless of who has to shift things around.

Reddit answered with a resounding you’re the a ** hole. “Your daughter needs to learn that you and her father can’t always be available. Better sooner than later. So yes for me YTA, ”one commenter wrote. “You know your ex was going on a vacation with his [girlfriend] and you still called him at 2am. You took the easy way out for you, made things more difficult for your ex and it didn’t help your daughter to become somewhat more independent. ”

“There are so many options besides calling that person and having them drive over at 2:00 am and then cancel their vacation,” another pointed out.

One commenter agreed that not only was the mom an a-hole, but a massive one: “YTA, massively and you are setting your daughter up for emotional difficulties. It is simply impossible to go through life this way and she needs to learn that. Her wants will not always be met. And I say wants, not needs as this comfort was not a necessity, she was safe and cared for by a trusted adult. ”

“YTA!” said another. “Appeasing her at all costs is only hurting your daughter. You’re not doing what’s best for her. You’re placating her because it’s convenient. If you really want to help her, you need to address this and help her work through it. Use a therapist if need be. Absolutely ridiculous to ask him to put everything on hold because you want to take the convenient way out instead of parenting her. ” And many pointed out that it sounds a whole lot like the mom is trying to sabotage the relationship between the dad and his girlfriend… whether it was a conscious effort or not.

“You knew what you were doing. Was someone being rushed to the hospital? No. Dying? No. No one in their right mind calls someone at 2 am to console their child when they are fully capable of doing so, but here we are. Once he was there, and got her asleep, you could have gently lifted her off her father and put into her own bed, then he could have gone back to his home. You just didn’t want to. You were / are being disrespectful, even spiteful. ”

We’re all for harmonious co-parenting and putting your child first – in Mosta cases – but we definitely agree with Reddit on this one.

Read about how Heidi Klum, Angelina Jolie, and more celebrity parents co-sleep with their kids.

Launch Gallery: How These Celebrities Feel About Being Single Moms