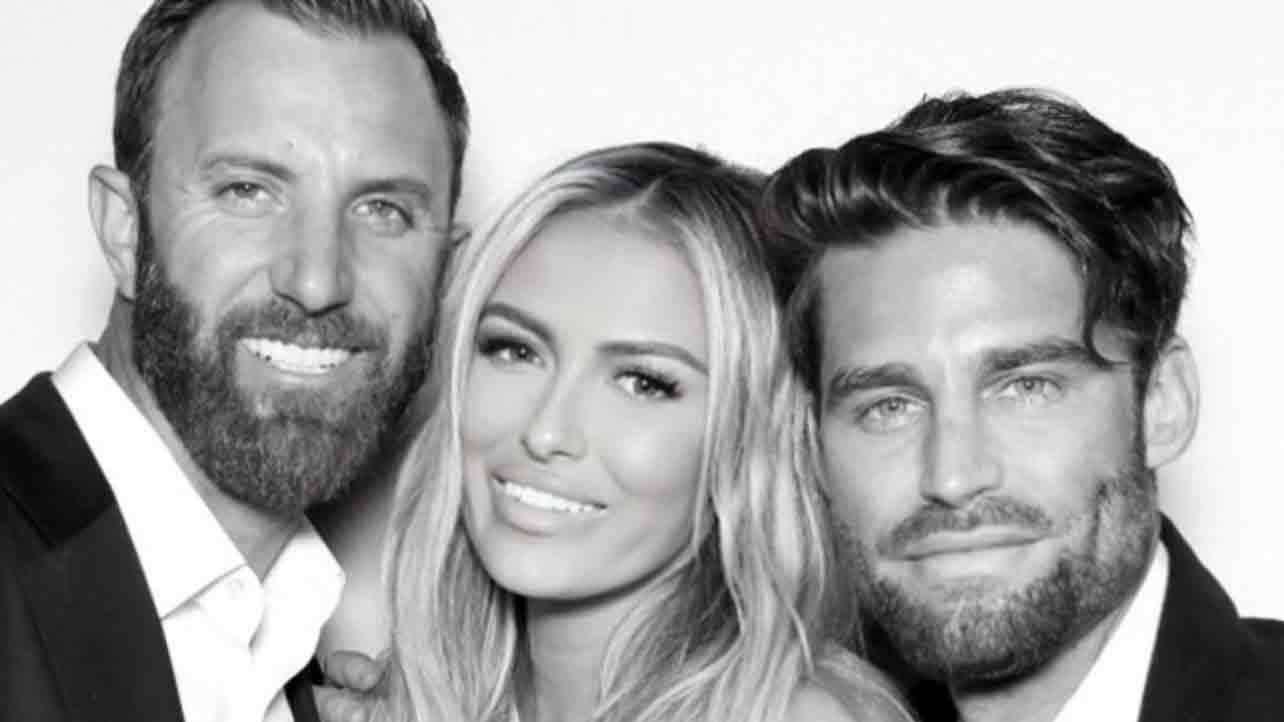 Hello folks and welcome to this week’s Rogers Report.

Before we kick things off, I’d like to take a moment to shout out a non-golf related individual (a first for this column). Villanova’s head coach, Jay Wright, has retired and I am bummed to say the least. I even dug through the Twitter archives to find this swing video of his from 2015.

Check out that swing! Best of luck to Coach Wright and his golf game, which I’m sure he’ll be working on as he begins his retirement. I was beginning to think I’d never recover from this news, but the golf content gods were looking out for me this past week, and that more than made up for my previous sadness. Let’s get to it.

I could talk about how Cantlay and Schauffele became the first-ever wire-to-wire winners in Zurich Classic history on Sunday, but I’m not going to. I’m instead going to ask about the trophy. Before I do, take a good look at this photo.

Cool belts! I am, however, morbidly curious as to how the division of the trophy is going to go here. Will it be like a child of divorce, switching homes with the help of a Vera Bradley duffel bag every few weeks? Will they cut it right down the middle, like that photo in the critically-acclaimed film, The Parent Trap? I’d ask if they’d cut it in half horizontally, but then it’d be unfair because surely the top of the trophy is better than the bottom. Maybe Cantlay and Schauffele would just decide that the higher-ranked pro would get the top, but I feel like that might get awkward because they’re pals. Are there two trophies, and they just posed with one for the photos? Please, someone let me know.

Paulina and DJ get hitched

I want you to picture the nicest wedding you’ve ever seen. Maybe you attended in person. Maybe you saw it in a movie or even a television show (Hello, 27 Dresses). Now I want you to multiply that by a factor of 12, and you’re almost envisioning Paulina Gretzky and Dustin Johnson’s wedding. They celebrated all weekend long at Blackberry Farm in Tennessee, and I covered it from start to finish here. I’ll provide some highlights below.

Before Paulina even stepped foot onto Tennessee ground, DJ greeted her with a nice new bag. And it begs the question: why are you, as a reader of the Rogers Report, not doing the same thing for me? Just something to consider. Let’s move on.

Welcome night was on Thursday, and Paulina and DJ hosted a small, intimate (read: huge) dinner for their friends and family.

Speaking from experience, family gatherings are the best time to make your brothers take a sibling photo. They’re already dressed up, they’re hopefully a few drinks in and feeling good and finally, people are around, so they can’t cause too big of a fuss when you make them take 50-plus photos in an effort to get the perfect shot. So well done, Paulina and Emma, ​​for getting an A + sibling photograph that will be used as a “happy birthday” Instagram story for years to come.

It looked like Paulina hosted some sort of outdoor lunch on Friday before the rehearsal festivities began.

And on to the evening! I’m just starting to learn about this 360-degree photo booth setup they had going. I guess a letter of caution should go out to my readers that you want to make sure you look good from all angles if you’re gonna try one of these things out. The pressure! I’ll stick to a regular-old photo booth for now.

On to Saturday, the BIG day. Check out this sweet note that DJ “wrote” for Paulina (I say “wrote” because while I don’t doubt that those are his words, I do doubt that this is his penmanship)!

And what’s a wedding without a Kid Rock performance? Lucky for DJ and Paulina, they’ll never have to find out.

You might be thinking “wow, that’s a lot of wedding content!” To which I say “buckle up!” because we’re just getting started.

Okay, so maybe this isn’t technically wedding content, but it is bachelorette party content, which falls under the same umbrella. Jena Sims headed to Aruba for a fun-filled weekend with her friends on Friday.

They ate, they drank, they hung out with flamingos! What’s better than that? I have always said that the proof of a good time is a series of Instagram stories that rivals the length of LeBron James’ after winning an NBA Championship, and by that metric this weekend was a huge success.

Pineapple and pizza. Claire Rogers and staying up past 10:00 pm Viktor Hovland’s taste in music and Collin Morikawa.

Some things will just never go together, and Collin Morikawa experienced that first-hand while trying to pick a weekend walk-up song with his Zurich Classic partner over the weekend.

If you aren’t already aware, Viktor Hovland is into heavy metal. You can check out his most recent Spotify playlist to see exactly what I mean.

In an interview from the fall, Morikawa said that his better half, Kat, is in charge of their music, so I’m not exactly sure what he listens to. But I think it’s safe to say it’s not heavy metal.

Hovland and Morikawa ended up walking out to Sandstorm by Darude, which seems like a perfect compromise.

In this week’s edition of “why Max Homa has the best social media presence on the PGA TOUR,” we’ll take a look at the following Twitter interaction.

I did take the liberty of checking Kelsey’s Venmo, and as of 9:12 pm ET on Sunday, she hadn’t been paid. But who is to say Max didn’t make it a private transaction? Either way, this Tweet gained some serious traction so hopefully she gets some money back.