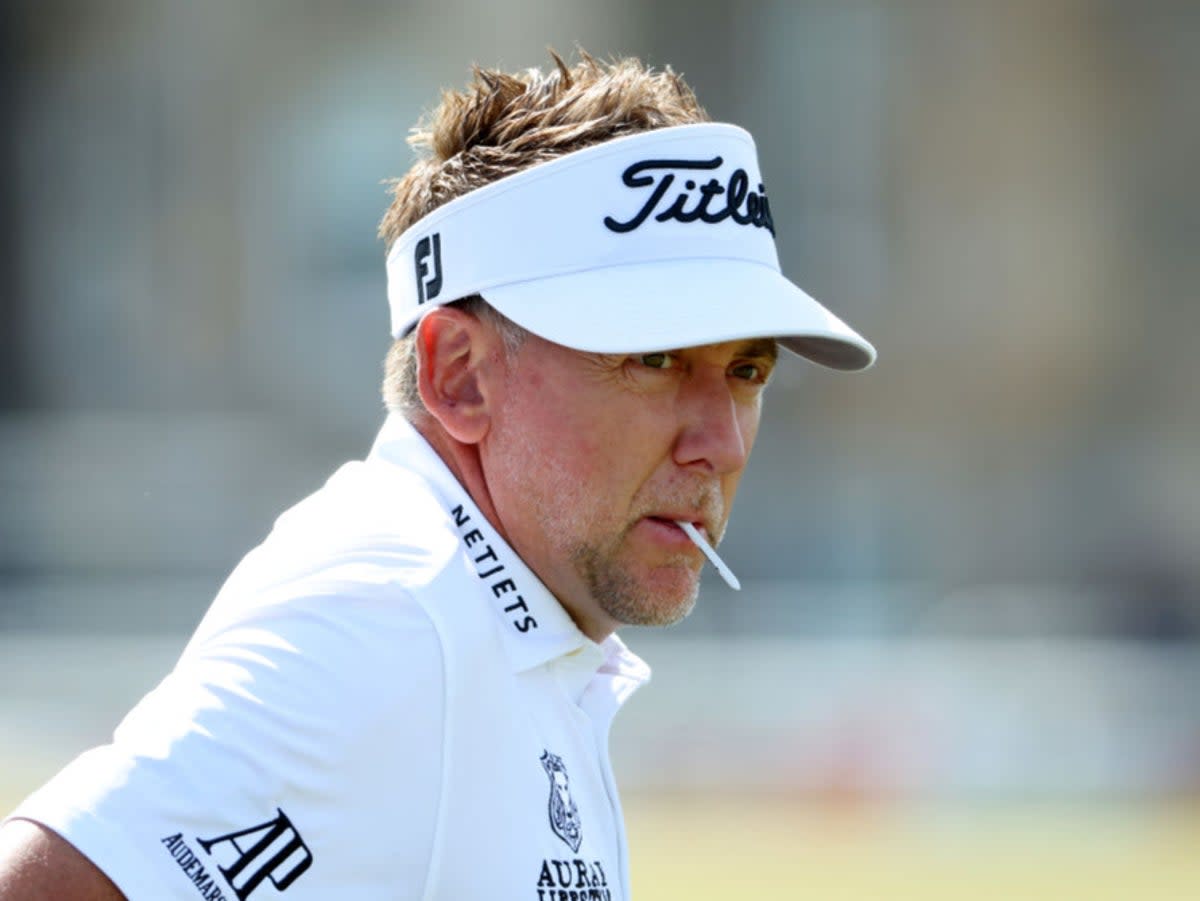 Ian Poulter would ordinarily be riding a tidal wave of blue support heading into an Open Championship, but golf’s civil war has split loyalties and even infiltrated the burnt fairways of the Old Course. The 46-year-old was among the defectors to LIV Golf who sought an emergency injunction to “abate” their suspension from the DP World Tour in order to play in last week’s Scottish Open at Renaissance Club. Their appeal was successful but the outcome for Poulter was not altogether positive. He opened last Thursday with a torrid round of 78 before a barely assuaging 72 condemned him to a missed cut. His unwavering pride forbids him from “giving excuses for a poor performance”, but the ructions have been wearying. “There are definitely factors,” Poulter says. “To be honest, that’s up to everyone else to decide what the distractions were in play last week.”

It is clear the Englishman is keen to take solace from the LIV storm at St Andrews this week, where conditions are far idler and the depth of history defends against the shallow arguments of the present. At times, Poulter admits, that has been difficult. He has had to stop checking the comments on his social media in recent weeks due to the abuse he has received over his decision to align with the Saudi-backed breakaway. “There’s been an awful lot of unpleasant remarks from the times when I have looked at it and it’s not very nice,” he says. “People threatening you is not a nice position to be in, hence why I haven’t been looking at an awful lot at it.”

Poulter insists he has no concerns about receiving any backlash in person in St Andrews and is determined just to “play some golf and actually enjoy my week”. His family are coming up to watch him, just as they did in 2000 when he played his first Open at the Old Course, and he is no different to the hordes of professionals who hold the scenery dear. “Top five [courses] I’ve ever played, ”he says. “I love everything about it. It’s so iconic. My feelings have stayed the same right from hitting my first tee shot 22 years ago. ”

Poulter’s form might have declined – he is currently ranked 104th in the world, a fact that won’t be helped by LIV’s current lack of ranking points – but there remains a resolute belief that it’s not yet too late to land his first major. “My ambition is to hold the Claret Jug on Sunday,” says Poulter, who will give behind-the-scenes access of his works to the streaming service Recast. “I haven’t won a major yet, so if you were a betting man, you wouldn’t have me winning this week. I’m going to be an absolutely massive underdog but that shouldn’t take away from you believing you’ve got a chance. [Phil] Mickelson at the age of 50 went on to win a PGA Championship. If ever that burning desire feels like it isn’t enough or you don’t think you’ve got a chance to win, that might be the time to put the clubs to rest. ”

A cynic might suggest that would in fact entail a defection to LIV rather than retirement, but Poulter has been forthright in wanting to continue playing on the DP World Tour alongside the invitational series, a right he feels has been hard-earned over two decades and 390 tournaments on the circuit. “I’ve been one of the most committed European Tour players and certainly one of the highest-playing dual-card members in the last 19 years that I’ve had two tour cards,” he says. “My commitment to the European Tour is still exactly the same.”

Whether Poulter will continue to be able to do so in the future is to be decided by lawyers rather than players. Only yesterday, the Wall Street Journal reported that the PGA Tour are now under investigation by the US Department of Justice over potential anti-competitive behavior and there are no doubt many reams of legal paper still to be run. If LIV Golf are to be successful, though, there remains a small chance it could eventually re-open the door to Poulter reprising his signature role as Ryder Cup hero, albeit as a captain rather than the beating heart of Team Europe. “I’d absolutely love that opportunity,” he says. “I’ve always been committed to being available for that.”

Some might call it having your cake and eating it; others feel it is the players’ fair right as independent contractors. “I know where I play golf,” he says. “If people choose to take that opportunity away then that’s on them, but obviously I’ll always fight for my playing rights and what I believe in.”

Like the courtroom drama to come, though, that is a battle for another day. “There have been many surprises [at how everything has unfolded] but that’s a much longer topic that I’m just not going to get into, ”he says. For now, this week will orbit around The Open. You get the sense that is a reprieve Poulter is craving as much as those concerned by the sport being pulled apart.

Recast is a subscription-free, live and on-demand streaming platform which gives fans easy and affordable access to the sports and entertainment they love, and pays publishers for every single view. Visit Ian Poulter’s Recast Channel here.