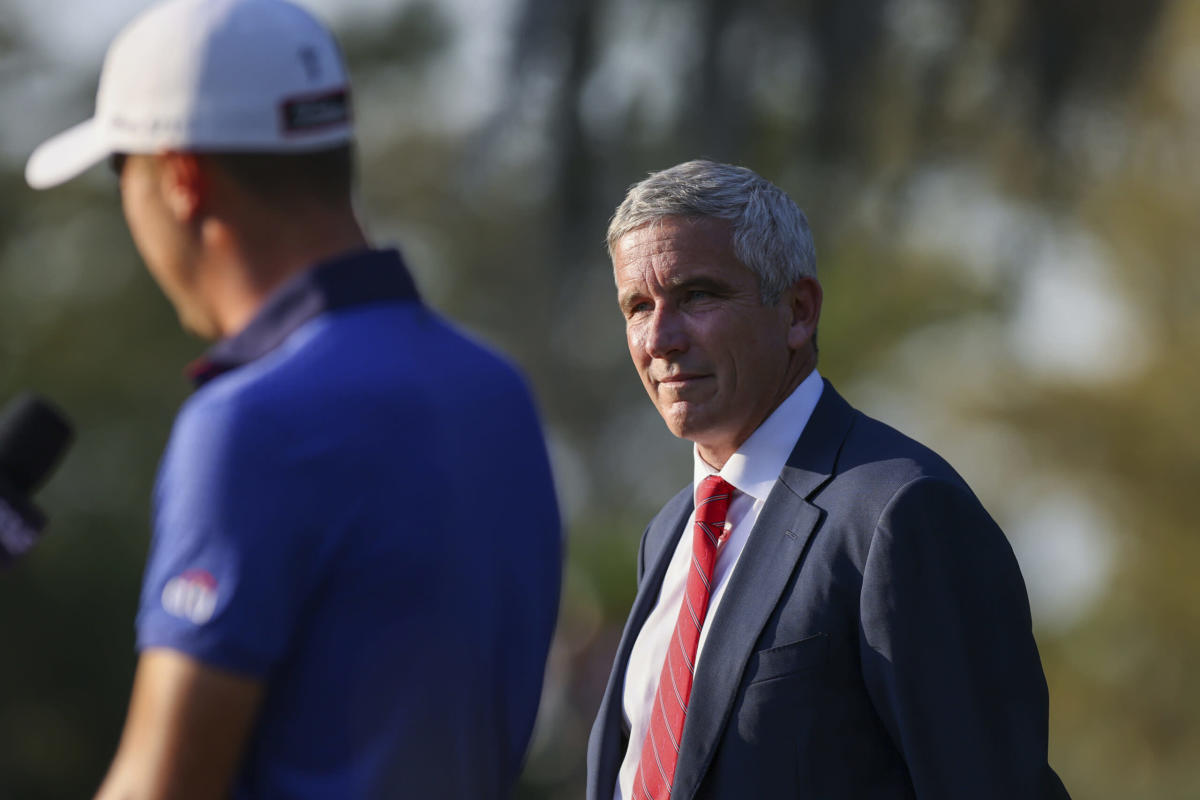 The term ‘nanny state’ is widely credited to Iain Macleod, a member of the British parliament who felt the government was unduly overprotective and shielded people from the consequences of their own actions. Macleod died in 1970, so he did not live to see his notional concept perfected by a succession of executives in faraway Ponte Vedra Beach, Florida.

The PGA Tour prides itself on its values ​​and there is much to be proud of, like sportsmanship and charity. Yet the most enduring of its precepts is not one touted in public but rather practiced in private: secrecy. In his more than two decades as commissioner, Tim Finchem created — and his successor, Jay Monahan, has not dismantled — a culture grounded in confidentiality and coddling. Players assume the Tour will circle wagons to protect them from scrutiny or criticism, and there’s a parallel determination at headquarters to never disappoint in that respect, regardless of whether the issue is profanity overheard by a handful or bunker misadventures witnessed by many.

Veterans of the Ponte Vedra politburo will tell you this is the nature of member-led organizations, which is fair. The PGA Tour is government of the players, for the players (not for fans, it scarcely needs pointing out). But next week’s LIV Golf Invitational near London — the first in a series of sportswashing events funded by the Saudi Arabian regime — will reveal if that protectionist mentality is so ingrained that the Tour will inadvertently assist its would-be rival. There’s already evidence to support such a suspicion.

A couple dozen PGA Tour members sought the releases required to compete in the LIV Golf Opener, which the Tour ultimately denied. The names of applicants were not made public, save those who acknowledged it themselves (Phil Mickelson, Lee Westwood) or were identified by Golfweek (Robert Garrigus). Two weeks ago, May 17, was the deadline for members to request waivers to play the first LIV event in the US, scheduled for July 1-3 in Portland, Oregon. That deadline came after it was clear that the Tour would deny permission for any LIV event and is gearing up for the inevitable litigation. So those who still applied to play in Portland are likely one (or more) of three things: hugely optimistic, highly obtuse or contractually obliged to the Saudis.

That list of names is of interest not just to fans but also to corporations who find themselves sponsoring potential stooges for sportswashing. There is no legitimate reason why the names ought to be confidential, yet the Tour has repeatedly declined to reveal who has applied for permission to consort with the Saudis, in either the UK or the US This is the wagon-circling culture at work, even if it means protecting players whose actions could undermine the Tour itself. It’s a modus operandi that faces a stress test next week.

There will be PGA Tour members who defy the denial of releases and play the LIV Invitational. Being named in a field list or even pitching up in London doesn’t place a member in breach of Tour regulations, but putting a tee in the ground June 9 will. And that’s when we learn if the Tour is hopelessly bound to its traditionally ponderous and covert manner of handling disciplinary proceedings.

An aggressive response by Monahan would mean not just the immediate suspensions of those players, but the public announcement of such. Doing so would signal decisive action — support for which exists among a wide swath of his membership — but also delegitimize the Saudi tournament before any inflated checks are handed out. Yet it would also represent a seismic strategic shift for an organization long accustomed to acting as the sole judge in camera, not as a public prosecutor.

Hewing to the norm — not announcing sanctions and conducting its disciplinary proceedings at a leisurely pace in private — serves only those players who want to act as knowing (or witless) apparatchiks for the Kingdom without having to face the public consequences of doing so, from either golf fans or their corporate partners. There is no reason the PGA Tour should enable them.

Sports that aim to get a share of legalized gambling revenue are coming to understand that transparency is an expectation, not an option, particularly when it comes to disciplinary issues that have a direct impact on outcomes. It’s time the PGA Tour dispensed with its intrinsic furtiveness. Rory McIlroy said as much at the Players Championship in March. “I’ve always felt that a few of the bans or suspensions, I think that should be announced,” he said. “I think that should be more transparent.”

Monahan was informed of this comment shortly afterwards during his own press conference. “I would just say effective immediately, Rory McIlroy is suspended,” he replied with a laugh.

It was a joke then, but dismissing it as such next week could find Tour executives finding grim relevance in another term coined by a long-dead Englishman, William Shakespeare, who 500 years ago warned of the dangers of being hoist with one’s own firecracker.

‘We’ve all made mistakes’: Greg Norman downplays the killing of journalist while promoting Saudi-backed golf league