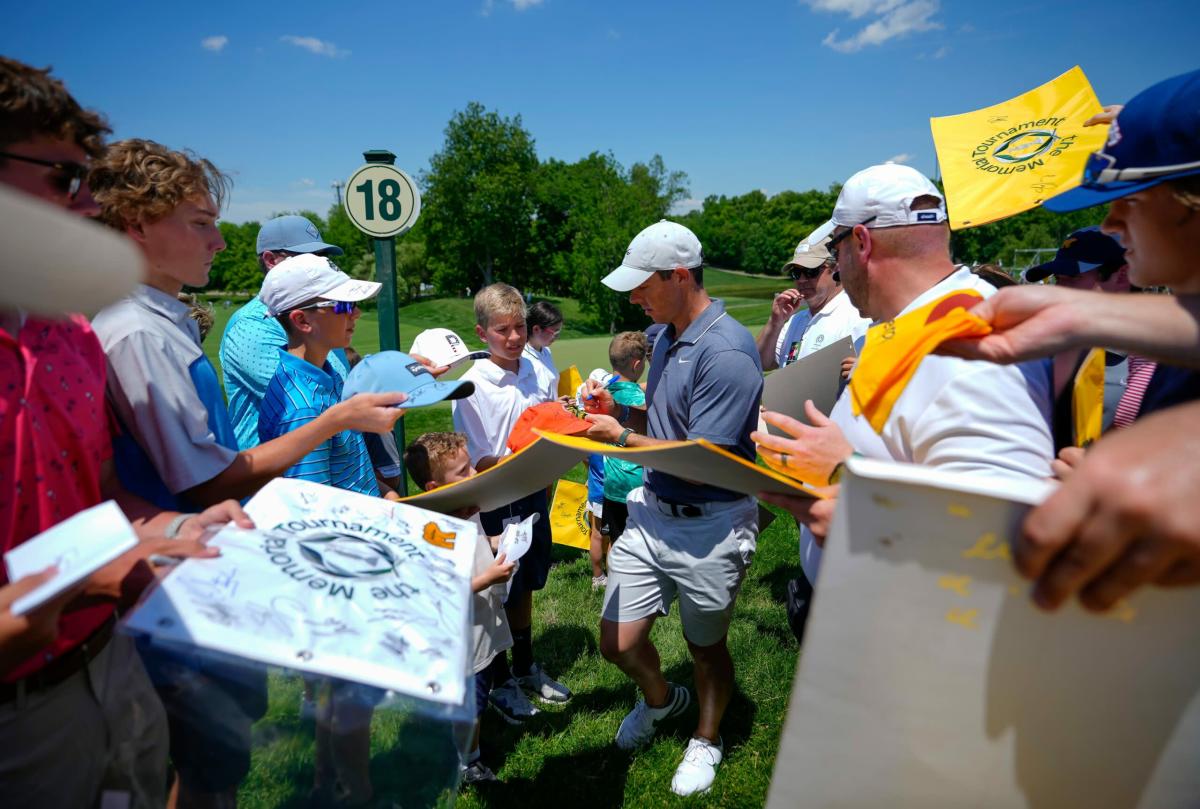 DUBLIN, Ohio – Rory McIlroy is not going to London next week to play in the inaugural LIV Golf Invitational Series at the Centurion Club.

But he doesn’t begrudge anyone who is.

“I have some very close friends that are playing at this event in London, and I certainly wouldn’t want to stand in their way to do what they feel is right for themselves,” McIlroy said Wednesday at Muirfield Village Golf Club, home to The Memorial. “It’s not something that I would do personally. But I certainly understand why some of the guys have gone, and it’s something that we’re all going to keep an eye on and see what happens over these next few weeks. ”

The upstart golf league headed by Greg Norman and backed by Saudi Arabia, announced the field Tuesday night for the first of eight events. Former world No. 1 and two-time major champion Dustin Johnson headlines the field. Earlier this year, Johnson pledged his allegiance to the PGA Tour but hedged a bit when talking at the PGA Championship.

“Dustin has been contemplating the opportunity off-and-on for the past couple of years,” said Johnson’s manager, David Winkle with Hambric Sports, in a statement. “Ultimately, he decided it was in his and his family’s best interest to pursue it. Dustin has never had any issue with the PGA Tour and is grateful for all it has given him, but in the end, felt this was too compelling to pass up. ”

Major champions Sergio Garcia, Louis Oosthuizen, Charles Schwartzel, Martin Kaymer and Graeme McDowell are also in the field, as are Ian Poulter, Lee Westwood and Kevin Na. Forty-two of the 48 players were announced; five others will qualify from the Asian Tour Series event this week and one invite remains. That could go to Phil Mickelson, who hasn’t played on the PGA Tour since January as he took a leave of absence following incendiary remarks aimed at the PGA Tour and the oppressive Saudi Arabia regime.

McIlroy described his feeling as “indifferent” when he saw the field.

But he understands why some players will opt to play the LIV Golf Series.

“You have some guys in a position where like they are literally not guaranteed a job next year. It’s hard to stay in the Top 125 out here, especially when you’re a guy in your 40s and maybe you don’t hit the ball as far as you’ve used to, ”McIlroy said. “As we’ve seen, it’s a young man’s game nowadays. So someone that isn’t guaranteed their Tour card next year, another entity comes along and says, we’ll guarantee you this amount for three years, plus you’re playing for a ton more prize money, and you’re playing less events , you can spend more time with your family.

The PGA Tour has threatened serious penalties for those PGA Tour members who play in the LIV Golf Series events. Commissioner Jay Monahan denied player releases to play in London, as did the DP World Tour.

Three players in The Memorial field are heading to London. James Piot, the 2021 US Amateur champion, declined to talk about his decision. Hudson Swafford said he would talk after the pro-am. And Matt Jones, two-time winner on the PGA Tour, including the 2021 Honda Classic, said he’s comfortable with his decision.

“I just thought it was a good business opportunity for me and my family,” he said. “I like the concept, the idea of ​​the three-day tournaments, the team format aspect of things is great.”

And Jones has contemplated the prospect of being banished from the PGA Tour.

“I have thought about that, which is something I had to weigh up. I don’t think banning players is a good look for the PGA Tour, or for golf in general. I hope there is a way we can work around it, ”he said. “But I’m very comfortable with my decision and I’m looking forward to it. I think it’s going to be good. I’m just excited to go and play golf. I love to compete. And I’ve always enjoyed playing golf courses all around the world. ”