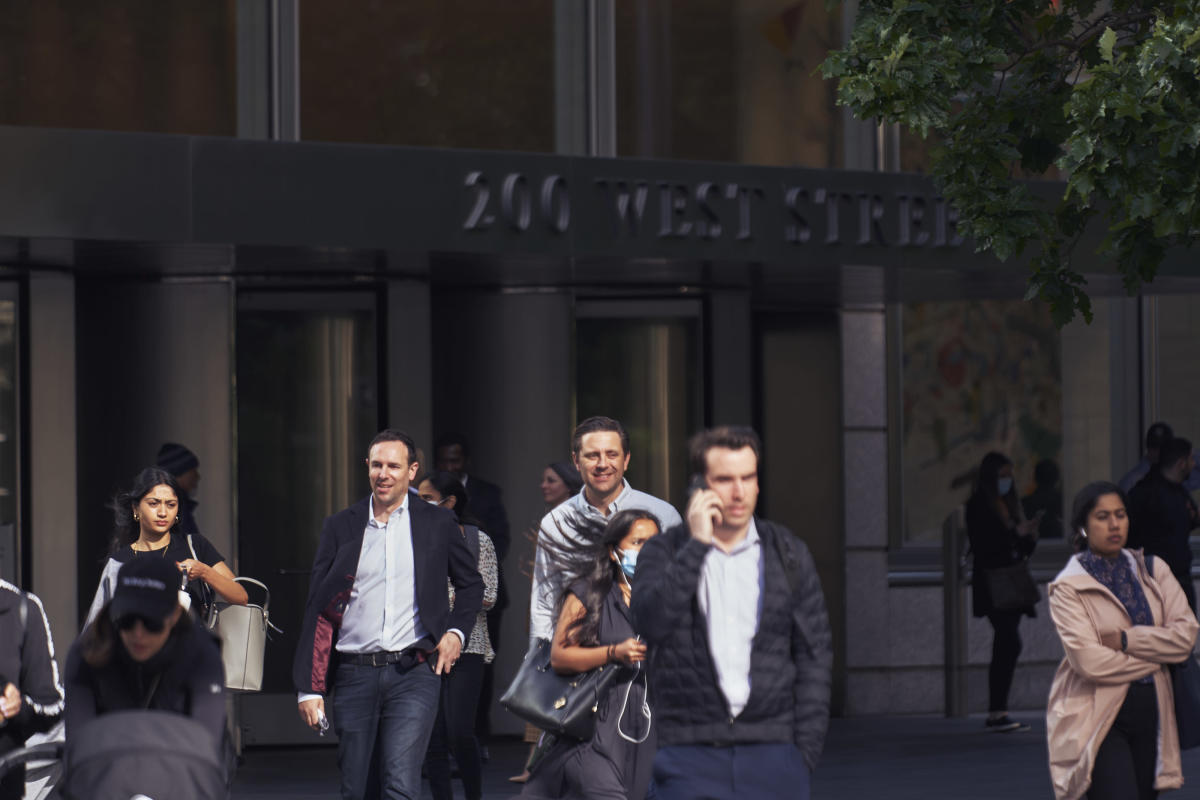 As long as work has existed, employers have tried to size up their employees’ commitment to their jobs. Are you on the fast track? The mommy track? The leadership track?

Now, if some corporate leaders have their way, there will be a new test for workplace devotion – and anyone who opts for remote work gets a failing grade. But can CEOs really claw their way back to 2019?

Sign up for The Morning newsletter from the New York Times

This past week, Elon Musk issued an ultimatum to Tesla employees requiring them to return to the office for at least 40 hours per week – or lose their jobs. Musk, who is known for having camped out for weeks at Tesla factories, thinks remote work is an affront to productivity and personal commitment. Last month, he praised Chinese workers for “burning the 3 am oil,” comparing them with American workers who, he said, are “trying to avoid going to work at all.”

JPMorgan Chase CEO Jamie Dimon said last month that working from home is not for people who want “to hustle.” The bank has been criticized for tracking employees’ ID badge swipes to monitor how often they were coming to the office, along with similar policing by rivals like Goldman Sachs.

Dimon believes JPMorgan’s work setup “will look just like it did before” by September or October. But he also admitted in a letter to shareholders that remote work “will become more permanent in American business.”

“Although the pandemic changed the way we work in many ways, for the most part it only accelerated ongoing trends,” Dimon wrote. As New York Times journalist Lananh Nguyen reported, he did not sound particularly happy about it, ticking off the “serious weaknesses” of virtual work, including slowed decision-making and a lack of “spontaneous learning and creativity.”

The resistance to remote work has many facets, including the bottom line: Many organizations have made pricey investments in office real estate, which has led to the creation of vast economic systems that are ultimately reliant on having workers at their desks.

“I’m trying to fill up office buildings, and I’m telling JPMorgan, Goldman Sachs, I’m telling all of them, ‘Listen, I need your people back into office so we can build the ecosystem,'” New York City Mayor Eric Adams said this past week.

The city, which is heavily reliant on tax revenue from massive midtown offices, recently announced a strict policy of in-person work for city employees.

“How does that look that city employees are home while I’m telling everyone else it’s time to get back to work?” Adams added. “City employees should be leading the charge of saying, ‘New York can be back.'”

‘A Fake Story We’ve Been Telling Ourselves’

Beyond the bottom line, the back-to-office debate is about what kind of culture will prevail as the business world emerges from the pandemic. And for all of the power wielded by Musk, Dimon and Adams, they may be fighting a shift that is larger than any single company or city.

If the pandemic’s two-plus years of remote work experimentation have taught us anything, it is that many people can be productive outside the office, and quite a few are happier doing so. That is especially true for people with young children or long commutes, minority workers who have a tougher time fitting in with the standard office culture, and those with other personal circumstances that made working in offices less attractive.

“We are still struggling to let go of the ideal worker stereotype – even though that person, for a lot of people and occupations and demographic groups in the US, never really existed,” said Colleen Ammerman, director of the Gender Initiative at Harvard Business. School. “I think with remote work and hybrid, we have the potential to truly move away from that and really rethink about what it means to be on a leadership track, what it means to be a high performer, and get away from that being associated with being in the office at all hours. ”

Even as the pandemic has changed course, there are signs that the work-from-home trend is actually accelerating. One recent survey published in the National Bureau of Economic Research found that employers are now saying they will allow employees to work from home an average of 2.3 days per week, up from 1.5 days in the summer of 2020.

It is not just the office; it is also the commute. The Wall Street Journal reported last week that almost all of the major cities with the biggest drops in office occupancy during the pandemic had an average one-way commute of more than 30 minutes; most cities with the smallest drops had shorter commutes.

And Americans are increasingly booking stays for longer than 30 days on Airbnb, Vrbo and Booking.com, according to Vered Raviv Schwarz, president and chief operating officer of Guesty, a software management tool for short-term rentals. At first, industry experts thought the extended stays might be a pandemic blip. But it has gone on for long enough that it may signal that workers with jobs that can be done remotely are doubling down on working outside the normal commute-to-work patterns.

At its heart, the battle over remote work is a test of America’s corporate definition of an ideal worker. For decades or even longer, that has been a person who prioritizes their job above all else and has no outside commitments.

It is probably not shocking that people who are lower on the org chart tend to be less enthusiastic about returning to the office than the senior leaders and executives who thrived in the in-person Before Times.

“For many CEOs and managers, that’s how they worked. That’s how they succeeded, and that’s the only way they know, ”Schulte said. “All of this was completely false; it was totally a fake story we’ve been telling ourselves. ”