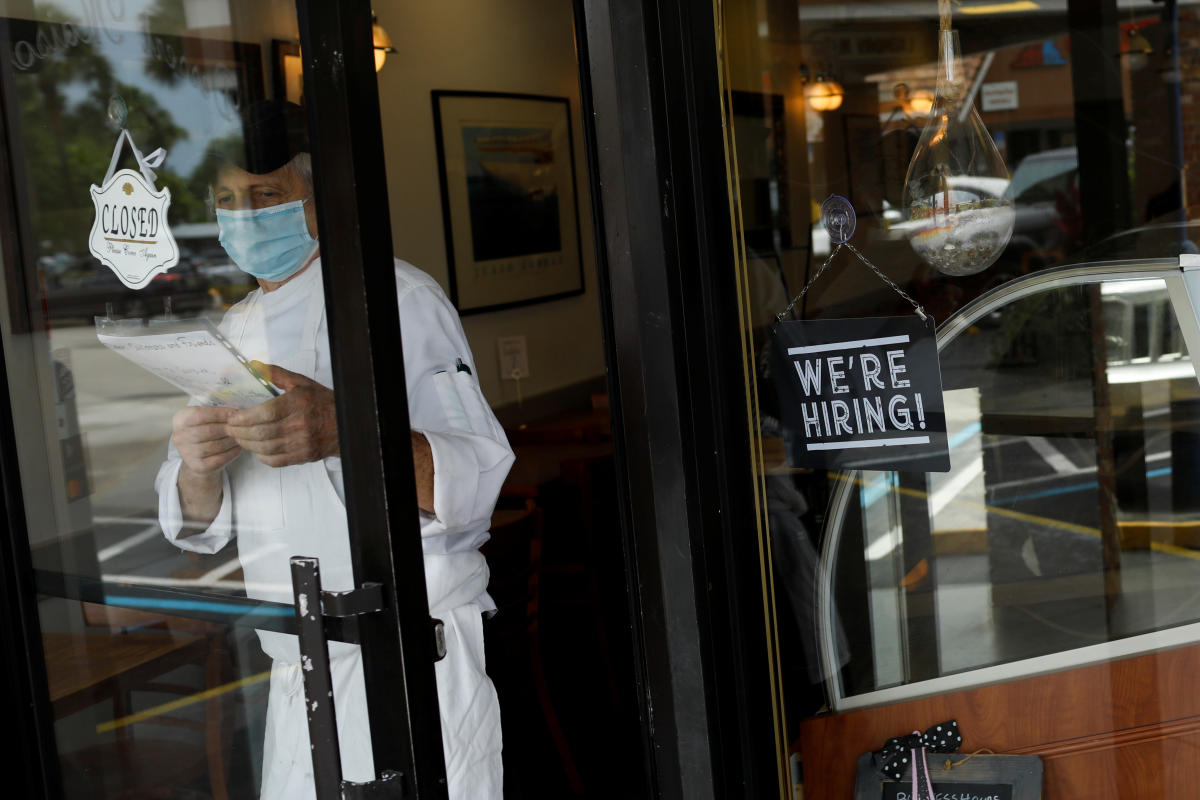 In recent weeks, we’ve watched evidence accumulate suggesting that the economic narrative is shifting toward one in which growth cools from very hot levels – but not by so much that the economy spirals into a recession.

The May US jobs report released Friday provided more confirmation of this shift.

According to the report, US employers added a healthy 390,000 jobs in May. This was down from the 436,000 jobs added in May but still stronger than the 318,000 gain that economists expected.1

The unemployment rate was unchanged at a very low 3.6%, 2 though it’s worth noting that the labor force participation improved to 62.3% as 330,000 people entered the labor force.3

Average hourly earnings in May, meanwhile, increased by 0.3% from April, reflecting a 5.2% gain from a year ago. However, this is down slightly from the 5.5% annual growth rate in April and the 5.6% rate in May.

This is exactly the kind of balance the Federal Reserve is hoping for as it continues to tighten monetary policy in its efforts to cool inflation from very high levels.

“It appears that we are past the peak in wage inflation.” – Stephen Juneau, US economist at Bank of America “Simply put, there’s a good chance that wage growth is past its cyclical peak and a cooling trend is underway.” – Bob Schwartz, senior economist at Oxford Economics “Today’s report lands in a sweet spot for the Fed.” – Sarah House, senior economist at Wells Fargo “For the Fed, today’s report is probably about the best they could hope for in the early innings of the tightening cycle. ”- Michael Feroli, chief US economist at JPMorgan“ The deceleration in wage growth is encouraging because it suggests that the broader cyclical price pressures in the economy are close to peaking. But it will take a slowdown in annual wage growth to closer to 4% before the Fed can claim it is making significant progress towards its inflation goal. “- Michael Pearce, senior US economist at Capital Economics” In short, the May report supports the view that while the labor market remains firm, it continues to gradually slow. ”- Oscar Munoz, macro strategist at TD Securities“ Admittedly we do expect to see slower payrolls growth in coming month, but this should not come as a huge surprise given that 21.2mn of the 22mn jobs lost in March and April 2020 have now been filled. ”- James Knightley, chief international economist at ING“ This is a watershed moment for the trajectory of payrolls and now directly places the spotlight on how deep this turn will be. be. ” – Rick Rieder, CIO of global fixed income at BlackRock

It may seem odd to be celebrating a slowdown in wage growth. But high wage growth amid tight supply is part of the reason we have high inflation. And wage growth isn’t worth much if inflation is eating away at your spending power. This is why good news is bad news these days.

More signs that the labor market is inflecting

For almost two years, we’ve been hearing about intensifying labor shortages across industries as millions of jobs – and counting – have gone unfilled, a challenge that has caused wages to surge, which in turn has been pushing inflation higher for goods and services.

But in recent weeks, we’ve been getting signs that the labor market could be at an inflection point.

Here are some of the datapoints:

None of this screams recession, especially with layoffs at record lows. But taken together, it appears that the labor market is a little less hot than it was earlier this year and people are picking up on it.

And the fact that this cooling has so far come without a material spike in the unemployment rate will be welcome news for the Fed as it maneuvers to bring down inflation.

⁇ Bankers talk “hurricanes”: America’s top bankers used some colorful metaphors this week to describe the state of risk in the economy. Here’s JPMorgan Chase CEO Jamie Dimon (via The Transcript): “Right now, it’s kind of sunny. Things are doing fine. Everyone thinks the Fed can handle this. That hurricane is right out there down the road coming our way. We just don’t know if it’s a minor one or Superstorm Sandy… You better brace yourself. ”

And here’s Bank of America CEO Brian Moynihan (via The Transcript): “We’re in North Carolina. You’ve got hurricanes that come every year. So we’re always prepared for if we don’t have a choice. “

🤔 I like Moynihan’s characterization a little better because the truth is that there are always economic risks lingering and things could certainly go wrong in the near term. And they often do! Which is why it’s always good to be prepared. But it’s also good to be prepared knowing that things almost always work out for the better in the long run.

⁇ Microsoft’s softer outlook: In a regulatory filing Thursday, Microsoft lowered its guidance for revenue and earnings in the current quarter “due to unfavorable foreign exchange rate movement in the quarter through May.”

🚨 It’s possible we see more warnings like Microsoft’s in the weeks to come because as S&P 500 companies generate about 40% of their revenue from outside the US, according to FactSet. And the US dollar has strengthened considerably this year, which means the value of sales generated abroad has been declining.

💰 That said, analysts continue to expect healthy earnings growth for 2022 and 2023.

⁇ Manufacturing picks up: According to the Institute of Supply Management (ISM), manufacturing activity accelerated in May: “Manufacturing performed well for the 24th straight month, with demand registering faster month-over-month growth and consumption softening due to labor force constraints,” Timothy Fiore , chair of the ISM Manufacturing Business Survey Committee, said on Wednesday. “Overseas partners’ disruptions are beginning to impact US manufacturing, creating a near-term headwind for factory output growth. Ten percent of panelists’ general comments expressed difficulty obtaining material from their Asian partners, which will impact reliable deliveries in the summer months. ” For more on manufacturing, read this.

⁇ Consumer confidence is down: The Conference Board’s Consumer Confidence Index fell to 106.4 in May from 108.6 in April: “Purchasing intentions for cars, homes, major appliances, and more all cooled — likely a reflection of rising interest rates and consumers pivoting from big-ticket items to spending on services, “The Conference Board’s Lynn Franco said. “Vacation plans have also softened due to rising prices. Indeed, inflation remains top of mind for consumers, with their inflation expectations in May virtually unchanged from April’s elevated levels. Looking ahead, expect surging prices and additional interest rate hikes to pose continued downside risks to consumer spending this year. ”

Keep in mind that weak consumer confidence does not necessarily mean consumer spending is falling. For more on this, read this and this.

⁇ Home prices are up: US home prices in March jumped 20.6% from a year ago, according to the S&P CoreLogic Case-Shiller Index. Thas the third highest reading in the index’s history. From S&P DJI’s Craig Lazzara: “Those of us who have been anticipating a deceleration in the growth rate of US home prices will have to wait at least a month longer … Mortgages are becoming more expensive as the Federal Reserve has begun to ratchet up interest rates, suggesting that the macroeconomic environment may not support extraordinary home price growth for much longer. Although one can safely predict that price gains will begin to decelerate, the timing of the deceleration is a more difficult call. “

These days, no economic metric is more important than inflation. Friday comes with the May consumer price index (CPI) report. Economists estimate that CPI climbed 0.7% from April, reflecting an 8.2% gain from a year ago. Excluding food and energy prices, core CPI is estimated to have increased by 0.4% month-over-month or 5.9% year-over-year. Will the report confirm that peak inflation is behind us?

There are 2.34 million jobs created so far in 2022. It’s one of the most convincing stats that the US economy has not been drifting toward a recession.