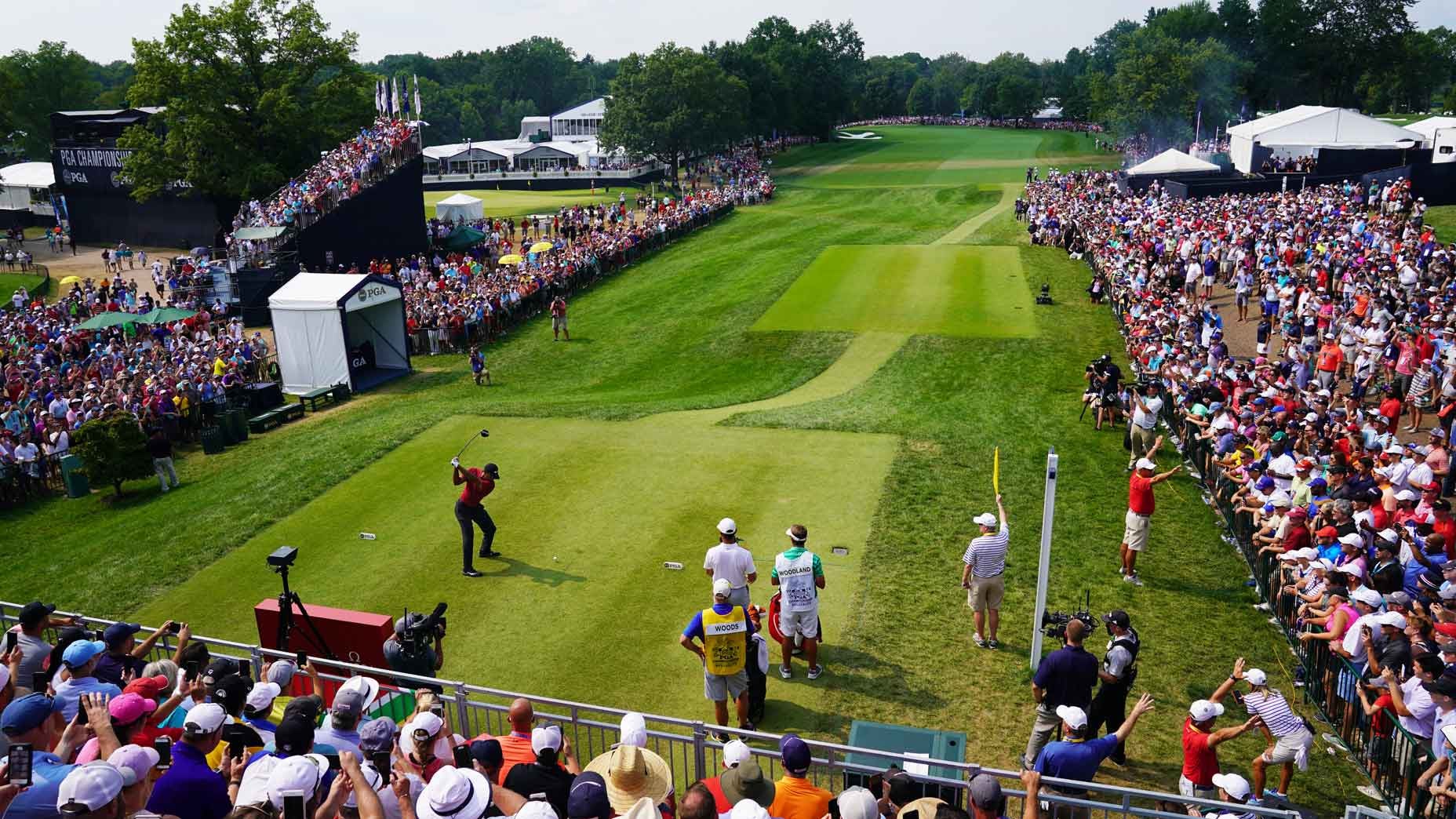 The best golfers playing their best golf creates a lasting memory, regardless of the location.

This week’s announcement from the USGA – that Pebble Beach will become a third tentpole location for its championships – was ultimately quite predictable.

America’s premier golf governing body followed its own precedent and added Pebble to Pinehurst and Oakmont as its ‘anchor sites’ for many of their upcoming major championships. So we now know that the greatest meeting of land and sea will host the 2027, 2032, 2037, 2040 and 2044 US Opens. Get your son’s sons ready for that last one. It’s a similar story for the women’s game (’23, ’35, ’40 and ’48) and your daughter’s daughters.

All jokes about the future aside, the USGA’s focused approach is fine. It works for them and will work for many fans, too. It does present an opportunity, though, for the PGA of America. More on that in a second.

Bringing the biggest events to the country’s best, most historic courses solves a couple important issues for the USGA:

1. The trustworthiness of visiting, say, Oakmont, is that the USGA doesn’t have to work as hard. The course will be the course and it will be great without much involvement from the USGA. Pinehurst and Pebble Beach are the same.

2. Players love it. One of the overarching notes that top-level players shared with the USGA the last few years is they would like to see some sort of rota for the US Open, similar to that of the Open Championship.

We can discuss the necessity of appeasing the players some other time. Just know that their relationship with the governing body took a hit in the 2010s, and this is a subtle move to help repair it. And it’s a fine move! It’s just there’s something organically beautiful about events held at courses players don’t know very well. Like when the lads went to Aronimink for the first time in 1962. Or when the ladies go to Muirfield for the first time this August. Someone will play Brookline for the first time in their life this summer, and also contend there just a couple days later, simply because they golfed their ball the best.

That’s why our next major will be a ton of fun. Southern Hills, the PGA, in Tulsa, for the first time since 2007. The course that raised its hand to host when the PGA pulled away from a Donald Trump-owned property in January 2021. The course that represents a starved region of the country for major championship golf.

Like many pockets of the country that often lose sporting attention to the coasts, Oklahoma has its golfers, too. They’re happy to board a plane to see major championship golf, but they like them at home, too. This year under the big leaderboard at Augusta, I met a pair of brothers from Tulsa. They attended the Masters for the first time, were giddy taking their disposable camera all over the property, but even more giddy at the idea of ​​these pros flying into their home airport a month later. One of them, a priest, was already in discussions to host pros for mass.

People like that – populations like Tulsa’s – they tend to respond in spades when the Tour comes to town. Bellerive may not have been the greatest golf course for the PGA to visit in 2018, but remember what it meant for St. Bellerive. Louis’ golf community? The greatest player to ever live creating a forever memory in the summer heat. Special visits to under-visited areas could become the PGA’s calling card.

Now, don’t confuse this with a call for sympathy for the Midwest and the center of the country. The Midwest has done well with its Ryder Cups (the last three stateside), Erin Hills’ US Open, and the four future Women’s Opens headed to Wisconsin, Ohio, Minnesota and Michigan. But on the men’s side, there is decreasing space for these locales to get their time in the sun. And with the PGA’s calendar relocation to May, there will almost certainly be no more PGA Championships at Whistling Straits. Hazeltine? Same thing. Medinah? Perhaps! But just a maybe. Oak Hill, in Rochester, NY will host its fifth PGA next spring, and potentially its last. All of those sites should be considered potential stops for the KPMG Women’s PGA, hosted in the middle of June. But without much competition from the USGA, the list of places the PGA could take the best men in the world to will only grow.

Seattle. Sweet. Kentucky. Sure thing. Indiana, with an invite to John Daly? Hell yeah. Why not Denver? Missouri? Alabama? Mississippi has the 16th-most golfers per capita in the States, but has never hosted a major’s men. Let the PGA get weird. All kinds of people will benefit.

Agree? Disagree? Feel free to lob praise, critiques or any commentary to the author at sean.zak@golf.com.