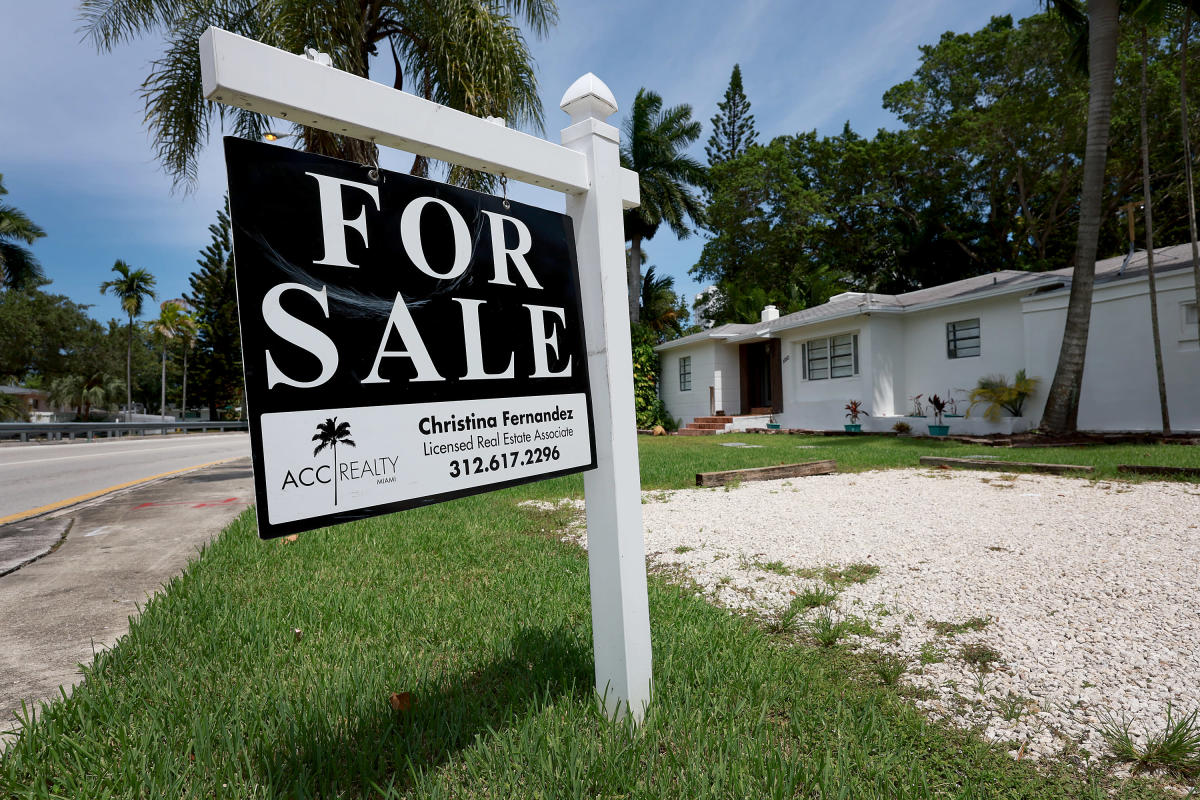 Rates for the popular 30-year fixed home loan slid to 5.70% last week, down from 5.81% the week prior, according to Freddie Mac. Still, rates have climbed 72 basis points within a three-week period and are nearly 2.5 percentage points higher than at the start of the year.

The rapid surge in rates has cut through homebuyer confidence, according to the Mortgage Bankers Association, causing activity for purchase applications to dwindle in recent weeks. Meanwhile, any opportunities to refinance at a lower rate are largely gone as rates inch closer to 6%.

According to Erin Sykes, chief economist for Nest Seekers International, homebuyers won’t see a reprieve in housing costs anytime soon as the Fed is expected to continue hiking interest rates to combat inflation.

“I think we’re in for a little bit more pain,” Sykes told Yahoo Finance Live (video above). “And I do expect that to last throughout the end of the year, at least.”

The volume of mortgage applications increased 0.7% from one week earlier, according to the MBA’s survey for the week ending June 24. Despite the slight dip in rates, purchase activity remained flat from a week ago and 24% lower compared to one year ago.

Refinance activity has also plunged. According to the MBA, applications for refinancing are 80% lower than a year ago and over 60% below the historical average.

“The demand for new mortgages and also refinances has been slowing because we’ve had so much economic uncertainty,” Sykes said. “Because of that slowing, lenders gave a little bit of a bone and dropped the average rate about 0.2% last week.”

“That was a short-lived moment,” she added. “We’re now back up to about 6% for the 30-year fixed across the board – so it’s really similar to a bear market rally.”

Purchase activity has weakened in recent weeks as rising borrowing costs have soured homebuyer sentiment and diminished affordability. According to Realtor.com, the median listing price hit a record $ 450,000 in June, up 16.9% compared to last year and 31.4% compared to June 2020.

“I see most buyers sitting on their hands right now,” Sykes said, “and that’s because we don’t know where things are going.”

It will take several months before homebuyers see home prices settle, Sykes explained. Where home prices and rates end up will depend on a multitude of factors including how the financial markets digest the Federal Reserve’s upcoming interest rate hikes.

That said, Sykes advised those looking to buy now to act quickly.

“Now if you do need a mortgage, get a rate locked in now,” Sykes said. “You can lock a rate for 30 to 60 days and that gives you a little bit of time. Maybe you can catch the falling knife with a bit of falling prices as well as a lower rate lock and be able to get into the home of your dreams. ”

Housing market ‘coming back to center’

The historic shortage in housing has priced out many first-time buyers out of the market.

The lack of affordable entry-level homes for sale has left them with no other choice than to rent. However, buyers are increasingly running into another problem: sky-high rent eating away at their budgets. According to Redfin, the median rental price hit a new high of $ 2,002 in May.

“We have people stuck in the cycle of perpetual renting, and landlords can really take advantage of that,” Sykes said. “And they will continue to increase average rents based on that incredible demand because people can’t afford that first 20% [down payment]. They can’t afford the higher interest rates, so it’s a Catch-22. ”

Though buyers have felt “little relief” so far, according to Danielle Hale, chief economist for Realtor.com, the gain in June’s inventory may open opportunities for hesitant homeowners to trade up. That in turn could widen the number of entry-level homes within first-time buyers ’budgets and alleviate some of the pressure in the rental market.

“It’s great because we were in such an extreme sellers’ market, now we’re really coming back to center,” Sykes said. “It’s amazing to think you can have a balanced market. That’s what we’re approaching, and I really hope it doesn’t go to the other extreme. ”