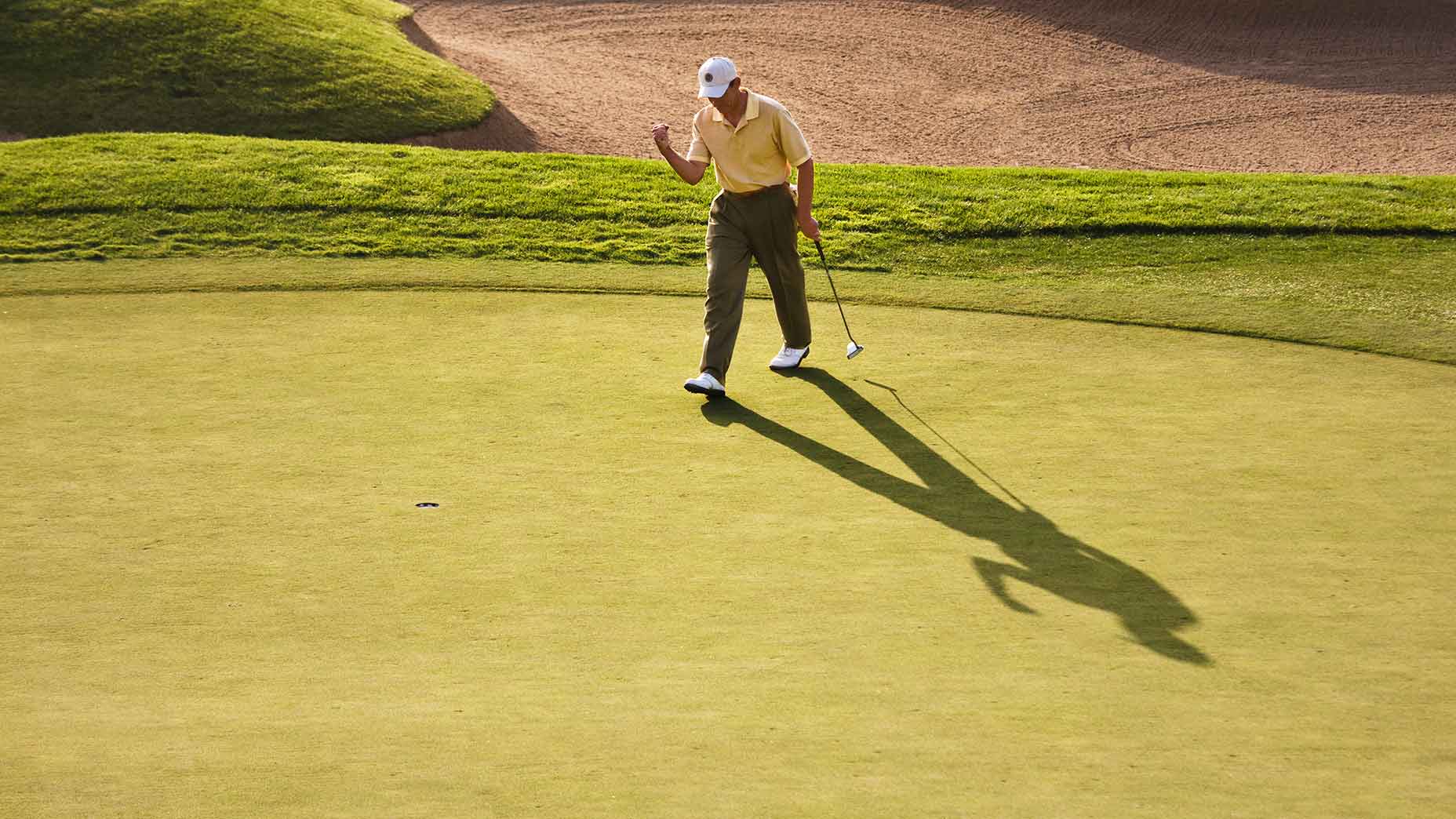 Time to lower your scores this summer.

Years ago, the first time I played with my club pro Mike Diffley, I was struck by a truth that should have been plain. Anything I could do he could do better. He drove it longer and straighter and hit approach shots closer. He was better at scrambling and sunk more putts. Sure, I could best him on a single shot or hole, but his superiority was so complete that comparing my game to his would have been unproductive.

Sometimes, when we’re trying to figure out what we need to work on to shoot lower scores, we’re better off looking at those who play a game more like our own.

Using the data from millions of amateur shots recorded with my Golfmetrics app, I can identify low-hanging fruit and help players set realistic goals for improvement. It doesn’t make sense to spend an inordinate amount of practice time trying to sink 50 percent of 10-footers when PGA Tour pros sink only 40 percent of them.

One surefire way to shave strokes off your score is to improve performance from 150 yards in the fairway. PGA Tour pros hit half of these shots within 23 feet of the hole (and hit the green 77 percent of the time), while 80-golfers knock them to around 40 feet (hitting 50 percent of greens) and 90-golfers to around 55 feet (hitting just over 30 percent of greens). These are Grand Canyon – sized differences! Reducing your proximity by five feet on these shots is a realistic goal and would lead to better outcomes in other areas of your bag. If you hit a 7-iron from 150, for instance, then improving with that club will make you better with your 6-iron and 8-iron too.

Driving distance is an attention-grabbing stat. No doubt, it’s important. The bombs that Bryson DeChambeau hit last year put him at the top of the charts in Strokes Gained Off-the-Tee. But get this: Analyzing the ShotLink and Golfmetrics data, I find that distance gains are worth even more for amateurs than they are for pros. A 20-yard increase in driving distance, with the same accuracy, will knock about 1.4 strokes off the scorecard for a pro and 1.8 for a mid-90s golfer. Missing an additional fairway or two is okay, but it’s imperative to avoid hazards, which are serious scorecard wreckers in the amateur game.

You can gain driving distance by upgrading your equipment. But you can also do so by increasing your swing speed, which brings additional benefits as it leads to greater distances with your other clubs as well. Where you once used, say, a 6-iron from 160 yards, maybe now you can use an 8-iron, giving your self a better chance to knock it closer. When you take improved approach shots into account, the total impact of driving-distance gains can be 3.6 shots (or more) for a 90-golfer.

Are large distance gains realistic? To give one example, my friend, bio-mechanist Sasho MacKenzie, told me that Andrew Putnam, working with the Stack system this winter, gained 13 mph at clubhead speed in six weeks. Putnam is a pro tour, so he plays a game with which most of us are unfamiliar. But evidence abounds that quick, substantial distance gains are possible for amateurs too.

Not that you should ignore your short game, especially if you’re prone to the occasional skulled chip, chili dip or green-side bunker shot left in the sand. From around the green, getting the ball on the putting surface in one shot should always be the goal.

Improving your putting isn’t likely to take five shots off your score, but trimming one or two is a relatively easy place to start (and you can practice indoors). Most of the potential gains on the green are from the short range of three to 10 feet. Why? Because of execution (there are substantial skill differences) and opportunity (there are a lot of short-range putts). From five feet, 95-golfers sink only about 50 percent of their attempts compared to 60 percent for 80-golfers (and 77 percent for pros). That 10 percent difference is significant (think of the difference in baseball between a .250 and .350 hitter – it’s gigantic), and it really adds up because weekend warriors have lots (about 10 per round) of these short ones, resulting from a combination of approach shots, around-the-green shots and second putts.

As a new season approaches, it’s worth roughing out a battle plan. Focusing on 60-yard bunker shots doesn’t make a lot of statistical sense. But there are lots of easier things that you can do. Pick one or two (or all!) Of these goals, take a lesson with your PGA pro, and you’ll see your scores come down in the year ahead.