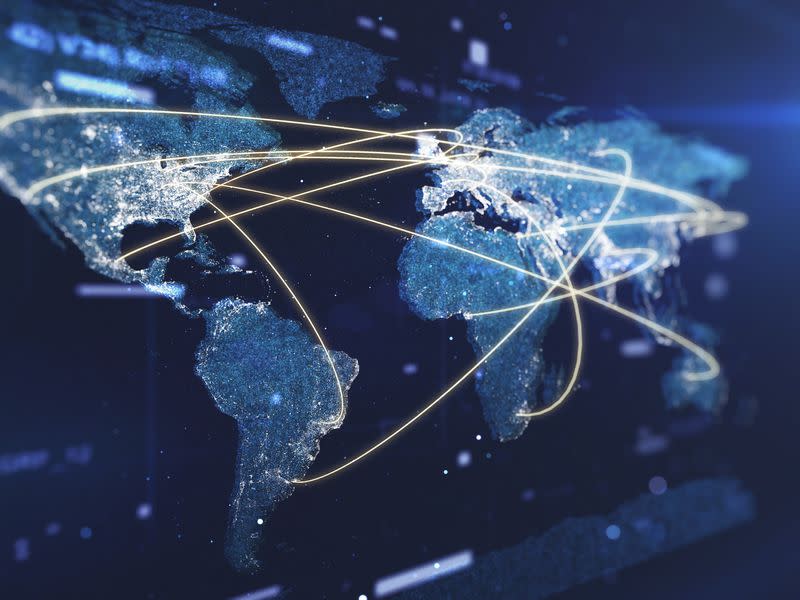 The Russia-Ukraine War has thrust the concept of “deglobalization” into the economic and geopolitical conversation. Crypto analysts say the trend could ultimately have a major effect on the bitcoin (BTC) market.

The disruption of the interconnected systems built since the fall of the former Soviet Union in 1991 could lead to a return of fragmented trade routes and supply chains. Economists say this might make certain commodities or products more expensive on a regional basis, pushing up consumer prices at a time when US inflation is already running at a four-decade high.

Bitcoin is seen by some investors as a hedge against inflation, so traders might see deglobalization as a fresh reason to bet on the largest cryptocurrency by market value.

In the past few decades the trend toward globalization has ushered in an era of governments and corporations promoting free trade and greater offshoring of labor. A relevant economic principle is “comparative advantage” – the idea that a country might be able to produce goods and services cheaper than its trading partners.

As a result, people enjoyed lower costs of imports.

More recently, however, the trend appears to have reversed, prompting some pundits to predict a new era of deglobalization. The trend started several years ago when the US-China trade war broke out, worsened with the global coronavirus pandemic and recently pushed into a new level with the Russia-Ukraine war.

Global supply chains have been disrupted, exports have been choked off in some cases and now, due to the US financial sanctions, Russia is cut off from the dollar-dominated global payments system.

“Russia’s invasion will have direct impacts on the global economy due to the contraction of Ukrainian and Russian exports, particularly energy, food, fertilizer and other commodities,” US Treasury Secretary Janet Yellen said in a speech on April 13. “When Russia made the decision to invade Ukraine, it predestined an exit from the global financial system. Russian leaders knew that we would impose severe sanctions. “

What would be the economic impact of deglobalization?

As global trade in many goods and commodities gets disrupted further, end-product prices could rise and contribute to inflation.

“Russia’s invasion of Ukraine is causing shortages of oil and gas, wheat, nickel, neon and all sorts of other goods,” Erica Groshen, a former Federal Reserve Bank of New York researcher who is now a senior economics adviser at the Cornell University school of industrial and labor relations, said in an interview with CoinDesk. “Those kinds of shortages lead to price spikes, and at the same time we have supply issues that were from the pandemic.”

Despite the US Federal Reserve’s newly hawkish stance – fighting inflation by raising interest rates and potentially shrinking the size of its balance sheet – it’s unlikely that higher prices will go away soon.

The increasing fragmentation could also shake up the US dollar’s dominance in global commerce.

“The dollar would remain the major global currency even in that landscape, but fragmentation at a smaller level is certainly quite possible,” Gita Gopinath, the International Monetary Fund’s first deputy managing director, said in an interview with the Financial Times’ Jonathan Wheatley and Colby Smith. “We are already seeing that with some countries renegotiating the currency in which they get paid for trade.”

U.S. Trade Representative Katherine Tai said March 30 that the US must shift the focus to rebuilding domestic manufacturing industries and lessening ties with “unfriendly” economies, according to the Wall Street Journal. Presumably those domestic costs would be higher in the short term.

“The problem that we are confronted with today – after two years of [COVID-19] and also Russia’s invasion of Ukraine – is that this version of globalization that we are living in has not taken us to a place where we feel more secure, ”Tai said,“ We ​​are feeling increasing senses of insecurity in terms of our supply chains, and our reliance on partners who (sic) we aren’t comfortable relying on. ”

Says Larry Fink, founder of BlackRock (BLK), the world’s largest asset management firm, in his annual investor letter: “While dependence on Russian energy is in the spotlight, companies and governments will also be looking more broadly at their dependencies on other nations. . “

“This may lead companies to onshore or nearshore more of their operations, resulting in a faster pullback from some countries,” Fink said. “A large-scale reorientation of supply chains will inherently be inflationary.”

What would be the impact on bitcoin’s price?

Many analysts say bitcoin can serve as an inflation hedge, like gold. So the current inflationary economic environment is a testing ground.

On the one hand, higher consumer prices – or, flipped around, any increases represent a reduction in the dollar’s ​​purchasing power – could strengthen bitcoin’s appeal because the cryptocurrency’s ultimate supply is fixed. Some investors argue that bitcoin is “harder” money than the dollar because the Federal Reserve can always print more dollars.

On the other hand, the Fed also might move to tamp down inflation by tightening monetary policy, which could crimp economic growth and put downward pressure on stock prices and, lately, bitcoin has been unusually correlated with stocks. The last time the US saw inflation at the current, elevated levels was in the early 1980s, and the Fed, then led by Paul Volcker, raised the benchmark interest rate to nearly 20%.

“How the price of bitcoin performs in an inflationary environment is untested,” said Garrick Hileman, a blockchain technology researcher at the London School of Economics and Political Science. “We don’t have thousands of years in history like we have with gold to look back on. This is the first time bitcoin [has] ever gone into a kind of broad inflationary cycle. ”