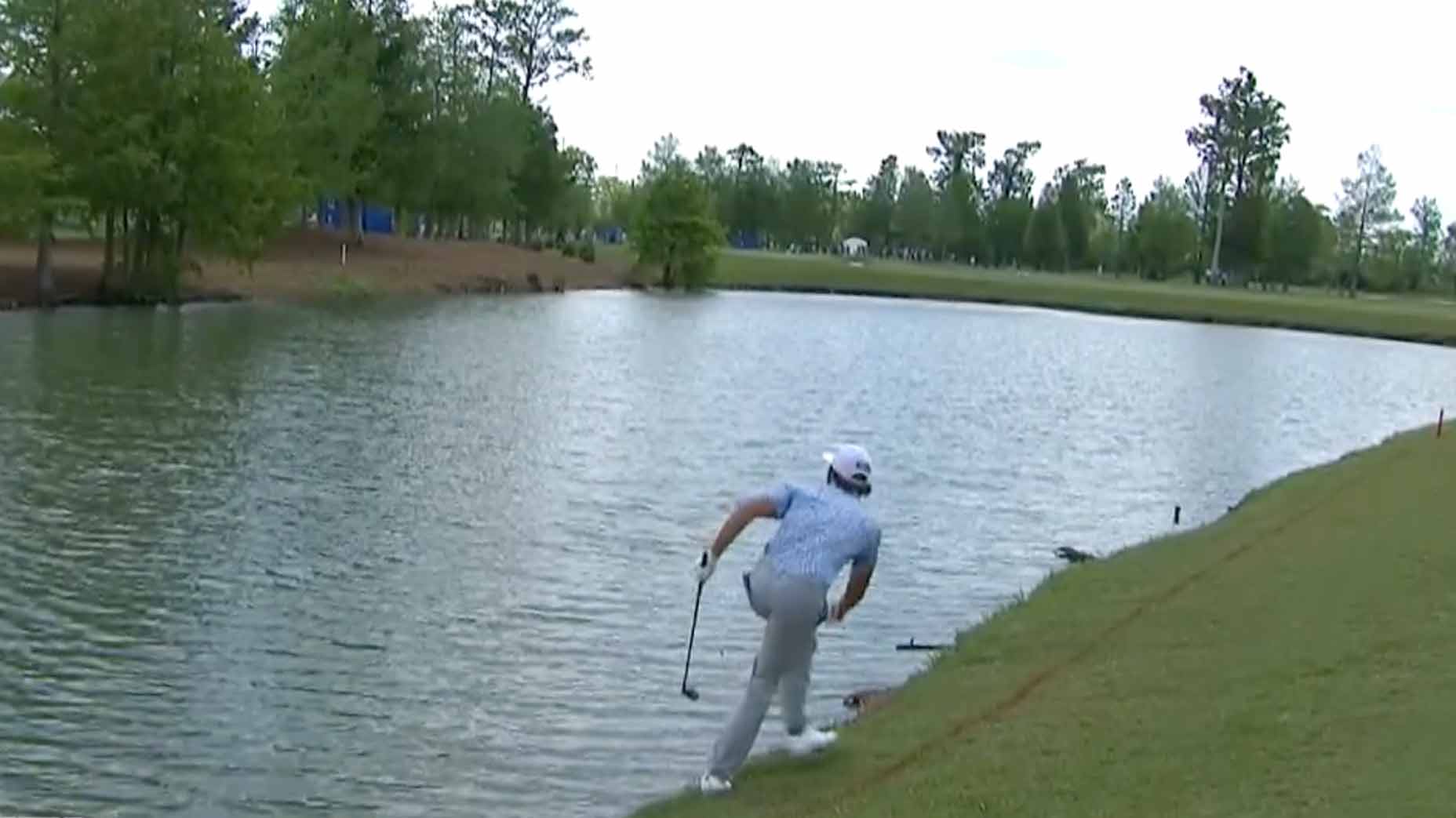 Forget the walk-up music. Forget the joint press conferences. Forget the awkward high-fives. What’s up actually different about the Zurich Classic is watching professional golfers make decisions with someone other than themselves in mind.

I am not at the Zurich Classic this week. But I do have an ESPN + account, and on Thursday afternoon, I flipped on said account in time to see one of the better golfers on the planet, ready to take a plunge.

Max Homa had been excited about the week. He was paired up with Talor Gooch, one of his best friends on Tour, and ready to take on the Zurich field.

“Love this team,” he wrote.

This was a pairing of the 405s: Homa’s from southern California (where the 405 is the freeway) and Gooch went to Oklahoma State (where the 405 is the area code). The pros get along. Their caddies do, too. They played together last year, too, and walked onto the first tee to “Shake Ya Tailfeather,” by Diddy. You know how that song starts:

That’s why they’re here. Mostly. (You can Google the rest of the lyrics yourself.)

Back to the plunge, then. When cameras cut to Homa on Thursday afternoon, he was standing on the edge of the lake, surveying his second shot on the 504-yard par-4 6th. Gooch wasn’t in a great spot; he’d hit his tee shot short right and his second shot long left. Now Homa was surveying a shot he’d never otherwise consider.

To aim at the green, Homa would have to stand deep in the water or hit left-handed. It’s not clear what he’d have done in a typical stroke-play round, but he would have considered a drop, at least. He certainly wouldn’t have been aiming over the water, 90 degrees left of his target, lining up a big slice off a wicked hook lie.

It’s not clear where the shot ended up. In real time, my focus was 100 percent on Homa’s balance and its proximity to the edge of the water. His back foot slipped out as he swung. His front foot slid, too. But he re-planted just in time to stay dry, dancing a little nervous two-step away from the edge. The ball might have sailed over the 12th green. “118 yards to unknown,” read the Tour’s Shot Tracker. And the next time the broadcast showed their group, we were informed that Gooch was finishing this hole solo; Homa was in his pocket.

Homa and Gooch made a team bogey at No. 6 (their 15th hole of the day) and signed a short while later for a round of six-under 66, settling them squarely in the middle of the pack. They didn’t speak to media other than Gooch logging onto Instagram to write, “my guy was ready to risk it all,” and Homa tweeting confirmation that, in his words, this was a “shot for a dreamer with a teammate.” That means a teammate who has your back. It also means a teammate you want to help however you can.

On Thursday, we saw other demonstrations of loyalty at the Zurich. There was human teapot Tyrrell Hatton, paired with Danny Willett this week, describing what he brings to the team.

That’s ride-or-die. Any good relationship is strengthened by a common enemy. Normally that’s a person, but if it’s the golf course or the sport itself? Even better.

Tommy Fleetwood actually did go in the water, stripping off his socks and shoes in an effort to make something happen from a particularly wet greenside lie. He had even less success than Homa.

There was Sam Burns promising to serve as ally to his partner, Billy Horschel.

“If he gets running too hot this week I’ll just give him a hug and calm him down a little bit,” he said.

And there was Bill Haas, who proved his loyalty before the week began by eschewing the typical Tour partnership in favor of his 68-year-old father Jay.

“Bill asked me to play, and I tried to discourage him, he said he needed a partner that could help him a little bit more,” Jay said. “But just being with him out here and being on the same range with him again, looking down the aisles here and just seeing all the great players that we have, so it’s something I’ve been thinking about, certainly nervous about.”

Pops returned the favor on Thursday, making at least four birdies on his own ball to power the team into the mix with a seven-under 65. The beauty of playing on a team.

And he didn’t even have to jump into a lake.